“[Trump] just doesn’t want Democrats to do it,” Scarborough said on MSNBC program “Morning Joe,” adding that “especially the Wisconsin Republicans and a lot of other Republicans don’t want black voters to be able to [vote by mail].”

Scarborough made the accusation around a conversation about President Donald Trump criticizing voting by mail as a “horrible” process that is subject to abuse — even though he has voted that way. (Joe Scarborough: Daily COVID-19 Briefings Show The World ‘How Ill-Equipped’ Trump Is)

“Oh my God. He said, ‘I should be able to do it, that’s allowed because I’m not able to travel and I’m not able to vote.’ Well, guess what? There were a lot of people in Wisconsin yesterday [Tuesday] that really should have said, ‘We have a pandemic that’s killed more people than like five wars combined, we can’t vote. So we’ll just mail in our votes,'” Scarborough said in reference to the Wisconsin primary.

The Maryland Board of Elections has ruled in favor of mail-in voting in a special election that will find a replacement for the late Democratic Maryland Rep. Elijah Cummings. Voters will not be able to cast a ballot in person. (RELATED: Joe Scarborough Tells Viewers ‘To Do Everything’ To Ensure This President ‘Succeeds’)

“I mean this guy is such a liar and a hypocrite on this issue,” the host said, presumably referring to the president. “He does it, he just doesn’t want Democrats to do it. And especially the Wisconsin Republicans and a lot of other Republicans don’t want black voters to be able to do it. Let’s be — let’s just be honest about it.” 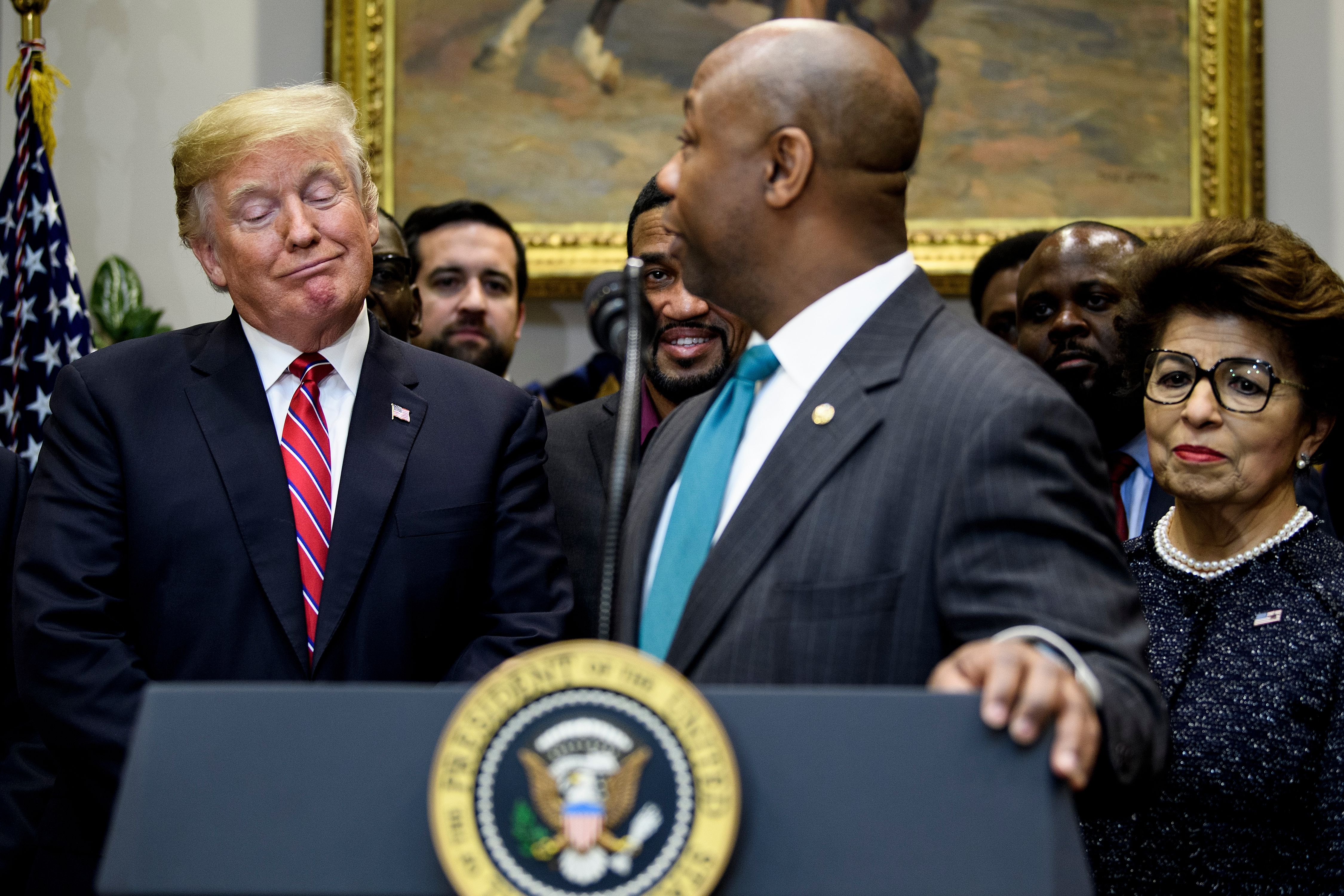 US President Donald Trump (L), US Treasurer Jovita Carranza (R), and others listen while US Senator Tim Scott speaks during an executive order signing event for the “White House Opportunity and Revitalization Council ” in the Roosevelt Room of the White House December 12, 2018 in Washington, DC. (BRENDAN SMIALOWSKI/AFP/Getty Images)

Republican South Carolina Sen. Tim Scott has predicted that Trump could attract up to 15% of black voters in the 2020 presidential election.

Before the COVID-19 crisis began to ravage the economy, Trump frequently cited data indicating that black Americans were experiencing historically low levels of unemployment. Improved economic conditions may have accounted for or partially contributed to the results of a Gallup poll released at the end of January that indicated a 14% increase in Americans who are “satisfied” with race relations.