Trump has already instructed Treasury Secretary Steve Mnuchin to focus almost exclusively on getting the economy back on track after the pandemic, but advisers have urged him to make a formal task force, according to CNN. The news comes as an additional 6 million workers have filed for unemployment, raising the unemployment rate to approximately 13 percent, the highest since the Great Depression.

As with the administration’s medical response to the coronavirus, the economic task force is likely to meld both the public and private sector. Senior Treasury Department officials are sure to be involved, but also executives from some of the country’s largest corporations. (RELATED: Big Banks Received Billions In 2008 Bailouts, Now They’re Slow To Help Small Businesses) 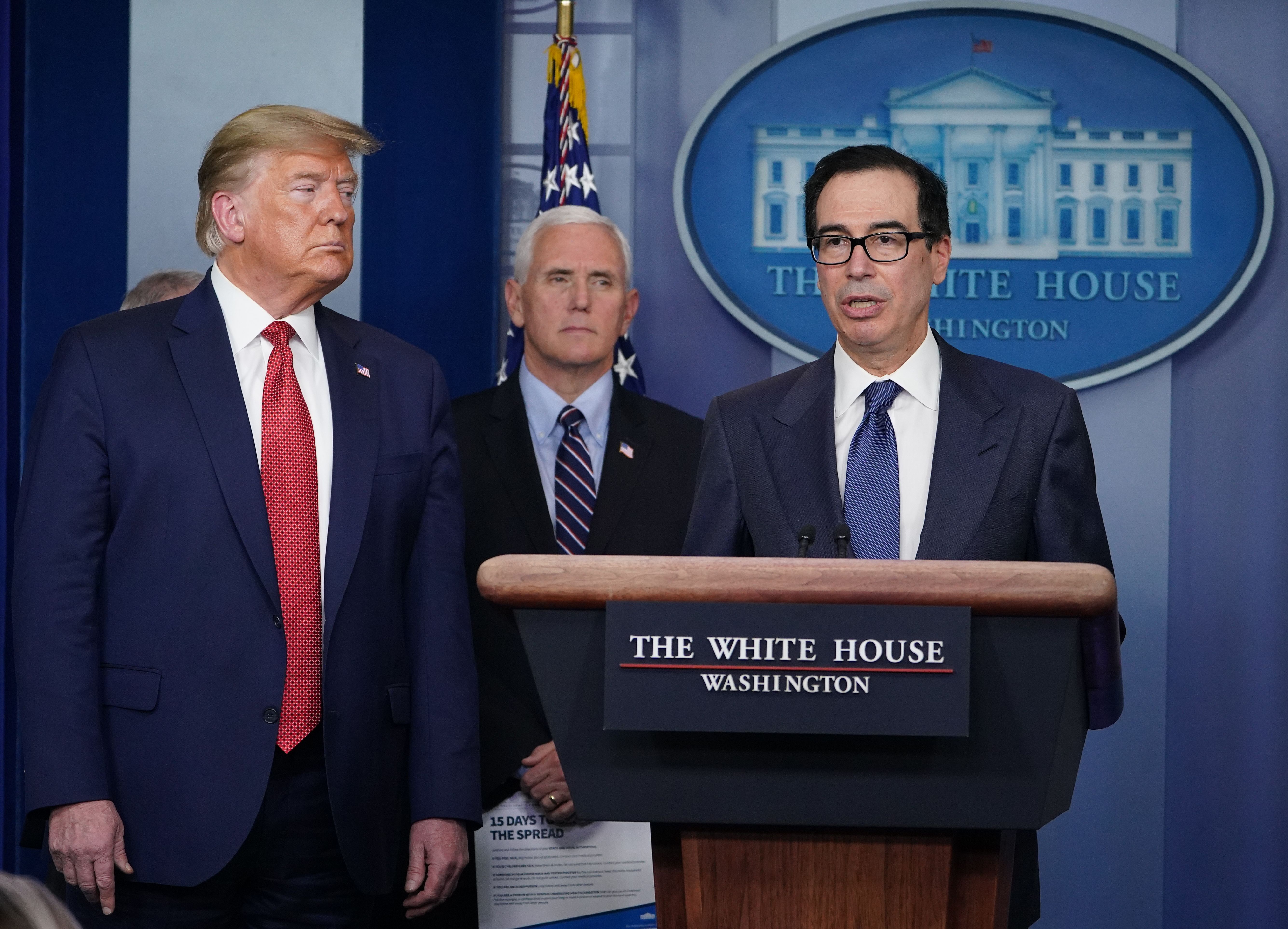 US Secretary of the Treasury Steven Mnuchin speaks during a press conference on the COVID-19, coronavirus, outbreak as US President Donald Trump and US Vice President Mike Pence look on at the White House in Washington, DC on March 25, 2020. (MANDEL NGAN/AFP via Getty Images)

Trump in March expressed hope of reopening the economy by Easter, but has now backed off the timeline and extended the White House social distancing guidelines to the end of April.

Outbreak epicenters like New York City, Detroit and Louisiana may be under distancing guidelines longer, and there is no guarantee the Trump administration will end the guidelines for the rest of the country in May. (RELATED: The CIA Is Trying To Find China’s Real Coronavirus Numbers)

Dr. Anthony Fauci did revise the White House task force’s mortality estimates down from 100,000-200,000 Thursday, saying 60,000 deaths is a more likely number if we maintain current social distancing. He did not specify how long that distancing should be maintained or whether he believes it should extend beyond May 1, however.

“The real data are telling us that it is highly likely that we’re having a definite positive effect by this mitigation things that we’re doing — this physical separation — so I believe we are gonna see a downturn in that. And it looks more like the 60,000 than the 100,000 to 200,000,” Fauci said. “But having said that, we better be careful that we don’t say, ‘OK, we’re doing so well we can pull back.’ We still have to put our foot on the accelerator when it comes to the mitigation and the physical separation.”