President Donald Trump suggested Thursday that he is waiting until roughly 750,000 coronavirus tests are being carried out every week before easing social distancing guidelines that would allow the economy to reopen.

“I don’t like using the word ‘needed,'” Trump responded when asked by a reporter at the White House task force briefing about the aforementioned number of tests. “Because I don’t think it’s ‘needed.'” (RELATED: FDA Approves Coronavirus Test That Can Produce Results In 45 Minutes)

“We’re going to try to hit a number like that,” he continued. “That’s a very high number, but we’ll be trying to hit it, and we probably might be able to do that.”

Former Food and Drug Administration commissioners Scott Gottlieb and Mark McClellan first offered the 750,000 tests per week figure in their plan for re-starting the economy. The plan relies heavily on the ability to police the working population and rapidly isolate any potential positive cases before they infect coworkers and others.

Dr. Deborah Birx added at Thursday’s briefing that the current rate of testing easily outpaces that 750,000 tests per week mark but that the pace must first be proven sustainable over a longer period of time. 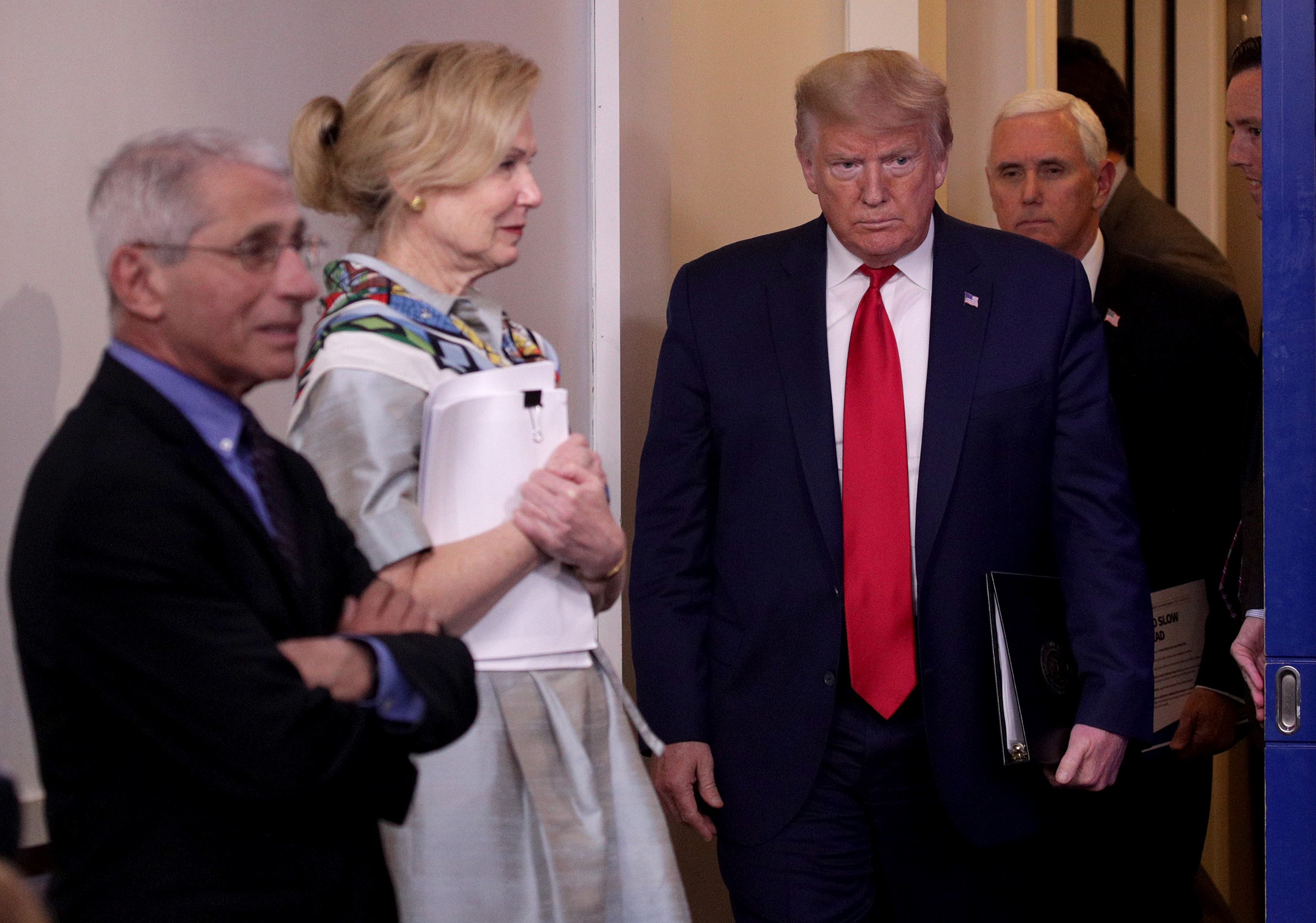 Adm. Brett Giroir, the assistant secretary of Health and Human Services and a member of the White House task force, told reporters Monday that “we will have millions on the market by May in a sophisticated way, in a prospective way that we get the surveillance we need.”

The FDA has recently approved a variety of different tests that will help medical experts surveil and essential employees.