The testing comes after the White House Correspondents’ Association reported that one of its members was experiencing symptoms of the coronavirus Wednesday after attending a briefing the day before. Results are expected to come in before the 5pm briefing. The individual remains unnamed, but is the second WHCA member known to be tested for coronavirus. The first tested negative in March. (RELATED: Mitch McConnell Restructures Campaign Into Meals Effort For Kentuckians Affected By Coronavirus)

“WHCA confirmed yesterday that a member who had been at the White House is now experiencing symptoms,” the White House said in a statement. “Out of an abundance of caution, the White House Medical Unit is going to conduct a COVID-19 test on all members of the press who plan to participate in today’s task force briefing, including correspondents, photographers, and technicians. These test will be conducted with absolute privacy in a vacant office within lower press.”

It was already White House policy to administer temperature checks prior to briefings. 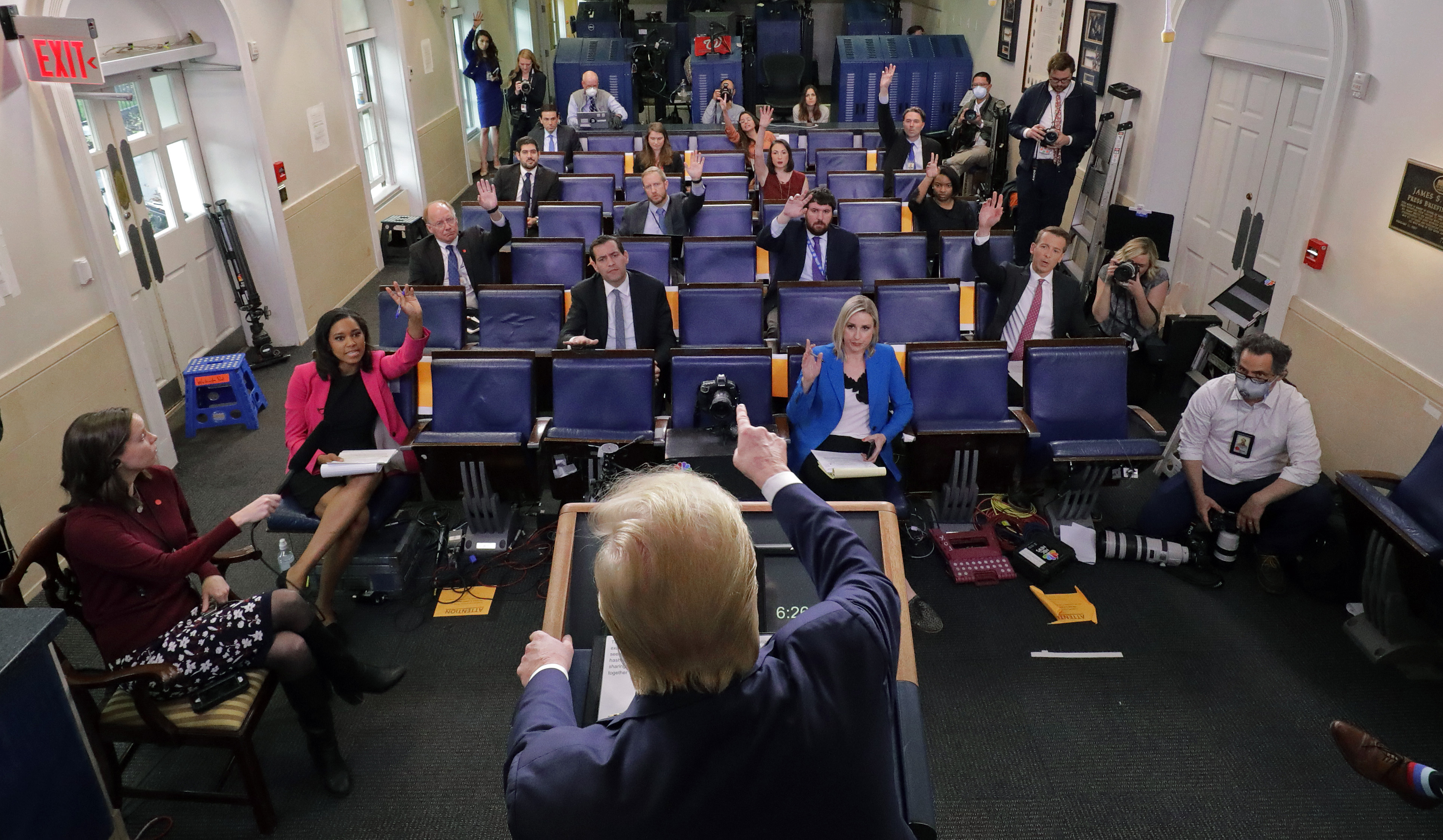 WASHINGTON, DC – APRIL 07: U.S. President Donald Trump speaks to reporters following a meeting of the coronavirus task force in the Brady Press Briefing Room at the White House on April 7, 2020 in Washington, DC. The president today removed the independent chairman of a committee tasked with overseeing the roll out of the $2 trillion coronavirus bailout package. (Photo by Chip Somodevilla/Getty Images)

The White House established a policy early on of testing those who enter the grounds to meet with President Donald Trump or Vice President Mike Pence, though that policy did not include the press.

The administration has not indicated that testing for the daily briefings will become a new recurring event. (RELATED: The CIA Is Trying To Find China’s Real Coronavirus Numbers)

Trump and Pence have both already tested negative for the virus in recent weeks, with the president having taken the test twice.