A left-wing super pac group is spending six figures on a series of advertisements suggesting President Donald Trump’s golf game distracted from his administration’s ability to respond to coronavirus.

American Bridge 21st Century’s ads include memes targeting working-class areas in Michigan and Pennsylvania, Huffington Post reported Friday. Both states tilted heavily toward the president in 2016, but Democrats say they are in play come November.

In particular, the ads lambast Trump for golfing as the virus spread across the globe before landing in the United States, where it has killed more than 14,000 people. (RELATED: Inside The Dark Money Dem Group Using An Umbrella Network To Flay Trump Over His Virus Response)

The ads hit Trump for golfing several times in February after he was first briefed about the virus, which originated in Wuhan, China, in early December 2019. The president enacted travel restrictions on travel to and from China on Jan. 31 and deployed executive measures in March to disrupt the virus. 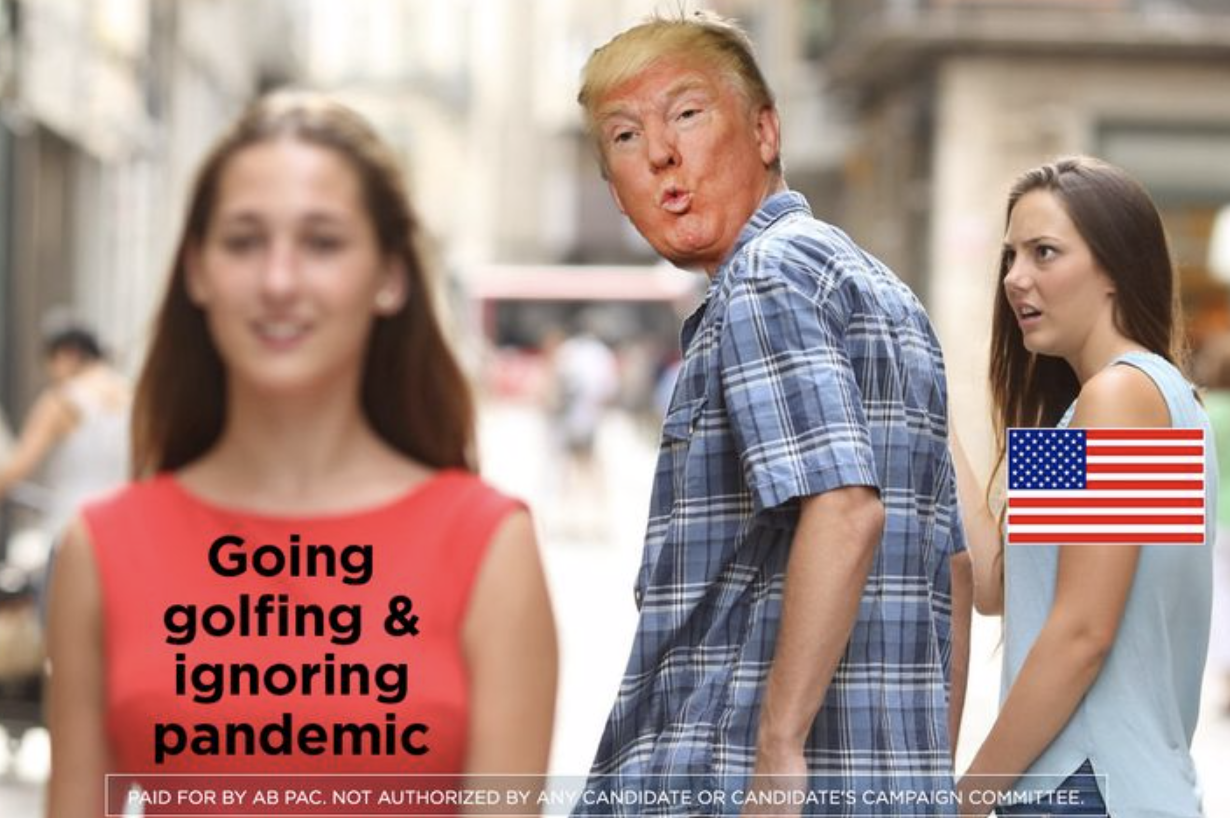 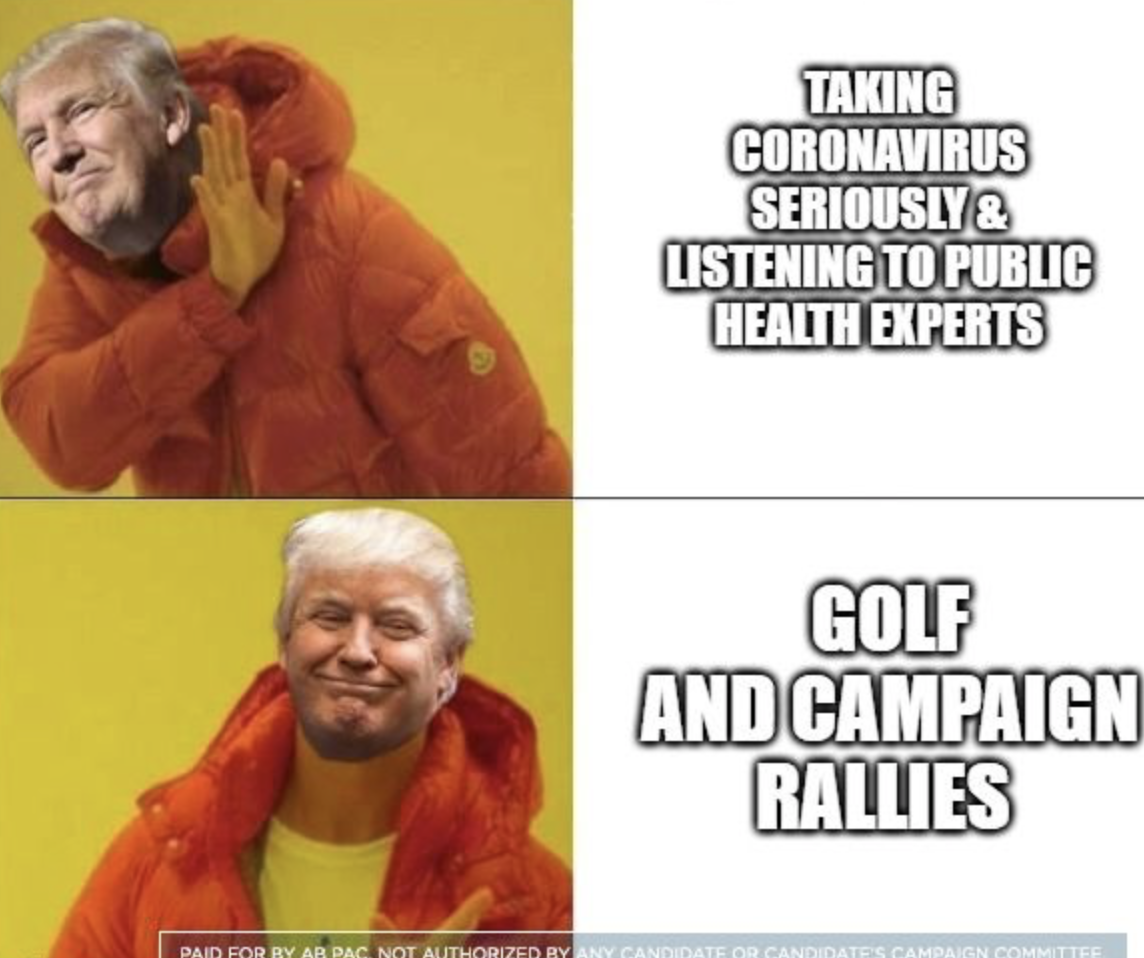 American Bridge President Bradley Beychok addressed the group’s decision to use outdated memes as an ad.

“Using a little bit of humor, even though this is a dire time, can be very effective,” Beychok told HuffPost. “In this type of medium, imitation is the sincerest form of flattery … The goal is engagement, not pride of authorship.”

A Snopes article fact-checked claims suggesting the president golfed during the virus spread and determined that Trump visited golf courses twice in January, twice in February, and twice in March. The visits took place at the Trump International Golf Course in Florida, according to Snopes.

Other public officials have gotten hit for downplaying the severity of the virus as well.

Data shows that the city is becoming the epicenter for coronavirus, which has killed 883 New Yorkers. De Blasio has pushed back against his critics.

City officials were working with the information they had at the time, de Blasio said in a CNN interview March 29.

“This was a very different world just a short time ago,” he said. The New York mayor has spent weeks railing against what he believes is the president’s poor response to the virus.

“Here’s reality: This is a war-like situation,” de Blasio said in a March 14 interview with MSNBC’s Joy Reid. “We’re in a wartime scenario with a Mar-a-Lago attitude being used by the federal government,” he added, referencing Trump’s resort in Florida.