Republican Texas Rep. Mike McCaul on Friday said that the World Health Organization (WHO) and China are working together in a cover-up for allegedly not releasing information about the disease when before the massive outbreak.

“There is a case to be made here that this is the worst cover-up in human history,” McCaul said to Fox News in an interview. “This is a cover-up by the Chinese Communist Party, which has now led to one of the worst pandemics we’ve ever seen.”

“The World Health Organization did not protect the world from this pandemic and I consider them to be co-conspirators with the Chinese Communist Party,” McCaul continued. He also called for the resignation of WHO Director-General Tedros Adhanom Ghebreyesus. (RELATED: ‘We Are Too Reliant On China’: Cotton, Hawley Call On US To Regain Independence From Communist Regime) 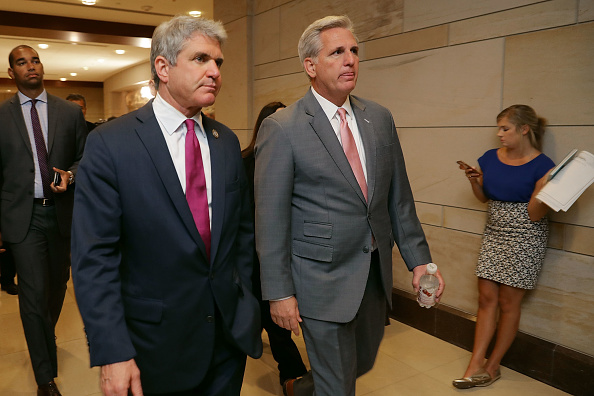 Republicans on the House Oversight Committee on Thursday sent a letter to the WHO, asking them to detail their relationship with China in regards to the coronavirus pandemic. (RELATED: House Oversight Republicans Press WHO On Role In China’s ‘Coronavirus Propaganda Campaign’)

In the letter, the lawmakers wrote: “Throughout the crisis, the WHO has shied away from placing any blame on the Chinese government, which is in essence the Communist Party of China. You, as leader of the WHO, even went so far as to praise the Chinese government’s “transparency” during the crisis, when, in fact, the regime has consistently lied to the world by underreporting their actual infection and death statistics.”

Arizona Sen. Martha McSally called for the WHO director to step down from his position on April 2.