Amazon announced it would begin hiring 75,000 new employees and would be putting new grocery customers on a waitlist in order to catch up with demand amid the online shopping surge caused by the coronavirus pandemic.

Due to increased demand, shoppers who want to order through Amazon have been unable to find open delivery or pickup slots. Amazon announced that beginning Monday, new customers would be relegated to a wait list while the company works on adding capacity each week. The company would also hire an additional 75,000 people for jobs ranging from warehouse staff to delivery drivers, according to Reuters. 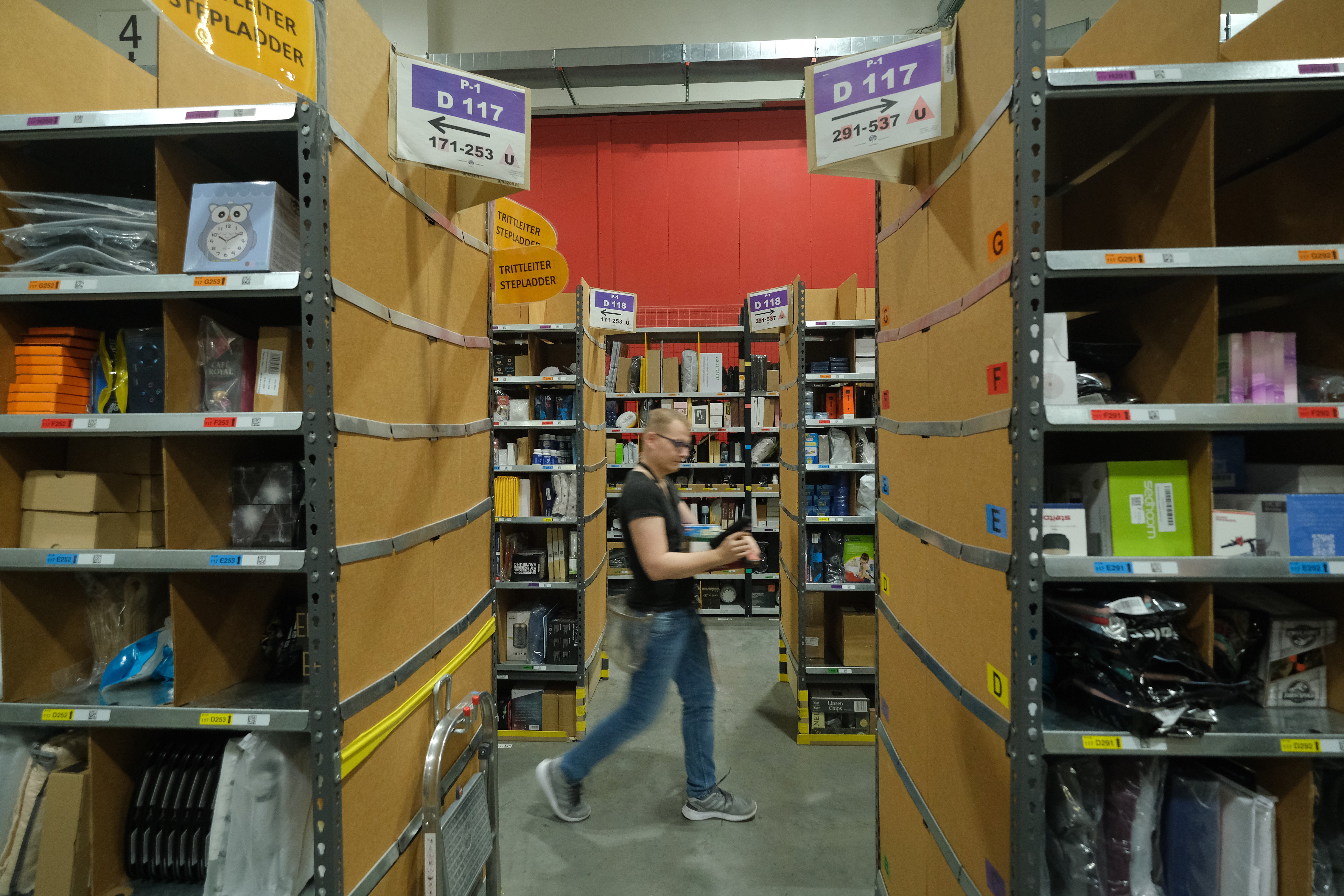 A worker walks among rows of merchandise shelves while fulfilling orders at an Amazon packaging center on November 28, 2019 in Brieselang, Germany. (Photo by Sean Gallup/Getty Images)

Whole Foods, which Amazon acquired for $13.7 billion in 2017, has 150 locations offering grocery pickup, up from 80 previously. Amazon’s grocery order capacity has increased by more than 60% during the outbreak, but many users complain of a lack of delivery windows. The company announced plans to launch a new feature that would allow customers to secure a virtual “place in line” to distribute the delivery windows on a first come, first serve basis, Reuters reported.

Amazon expects to spend over $500 million globally to increase wages for its workers during the pandemic, an increase from the previous estimate of $350 million.