The Justice Department told Congress that the FBI team that investigated the Trump campaign received information that a foreign government might have tried to penetrate a research company linked to dossier author Christopher Steele.

The information is contained in a classified footnote in the Justice Department inspector general’s report of the FBI’s surveillance of the Trump campaign.

Boyd did not identify the research company or individuals linked to Steele. The former MI6 officer operates the London-based Orbis Business Intelligence. The Washington, D.C.-based opposition research firm Fusion GPS hired him in 2016 on behalf of Democrats to investigate Donald Trump.

Neither Orbis nor Fusion GPS responded to emails asking whether they were the target of a foreign government operation.

The footnote in question is one of four that Grassley and Johnson had pressured the DOJ to declassify from an inspector general’s report on the FBI’s surveillance of the Trump campaign. 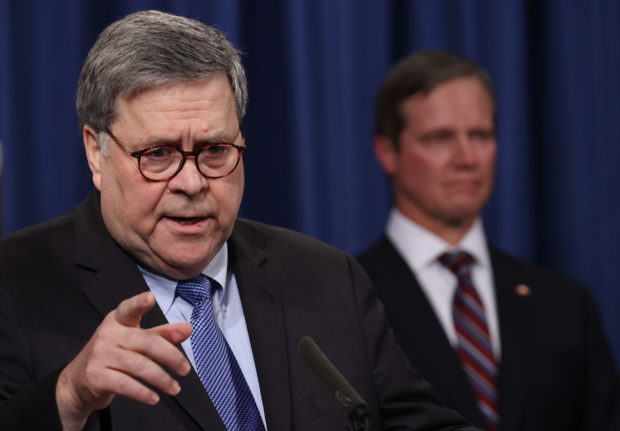 One of the footnotes that was declassified said the FBI received evidence that Russian operatives fed disinformation to Steele that wound up in the dossier.

Daniel Hoffman, a retired CIA clandestine operations officer, theorized over two years ago that Russia’s intelligence services likely had an eye on Steele, and might have infiltrated his source network. Hoffman noted in a Jan. 28, 2018, op-ed in The Wall Street Journal that Russians could have gained insight into Steele’s activities through their hacks of the Democratic National Committee, which had indirectly hired Steele to investigate Trump.

Steele, a former MI6 officer, collected information from a single source, who in turn gathered tidbits of information from sub-sources. The source, who has not been identified, disputed many of the allegations that Steele attributed to him in the dossier during interviews in 2017 with the FBI.

The still-classified footnote — number 342 — appears on page 189 of the IG report. It denotes a section of the report discussing why there were discrepancies between Steele and his primary dossier source.

Peter Strzok, who served as deputy chief of FBI counterintelligence, told his boss, Bill Priestap, that Steele “may not be in a position to judge the reliability of his sub-source network,” the report stated.

Grassley and Johnson said Friday that they will continue pushing the Justice Department to declassify and release the fourth footnote as well as information still redacted in the other three footnotes.