Americans in quarantine during the COVID-19 pandemic are facing threats to their mental health, a doctor who specializes in psychiatry told the Daily Caller News Foundation.

Dr. Roger McIntyre, a professor of psychiatry and pharmacology at the University of Toronto, CEO of Champignon Brand’s AltMed, and the Director of the CRTCE, told the DCNF that there are several factors occurring during the pandemic that are an “assault to the mental health of the general population,” including unemployment rates, consumer sentiment and social isolation.

Unemployment rates in the United States have surged as non-essential businesses close and Americans self-isolate. The latest data from the Department of Labor shows that the U.S. economy lost 701,000 jobs in March while the unemployment rate rose to 4.4%, but economists say that the April jobs report will reflect much higher losses. (RELATED: JPMorgan Foresees An Apocalyptic Second Quarter, With Unemployment Hitting 20%)

Staggering unemployment losses alone are a “call to action with respect to mental health,” McIntyre said. 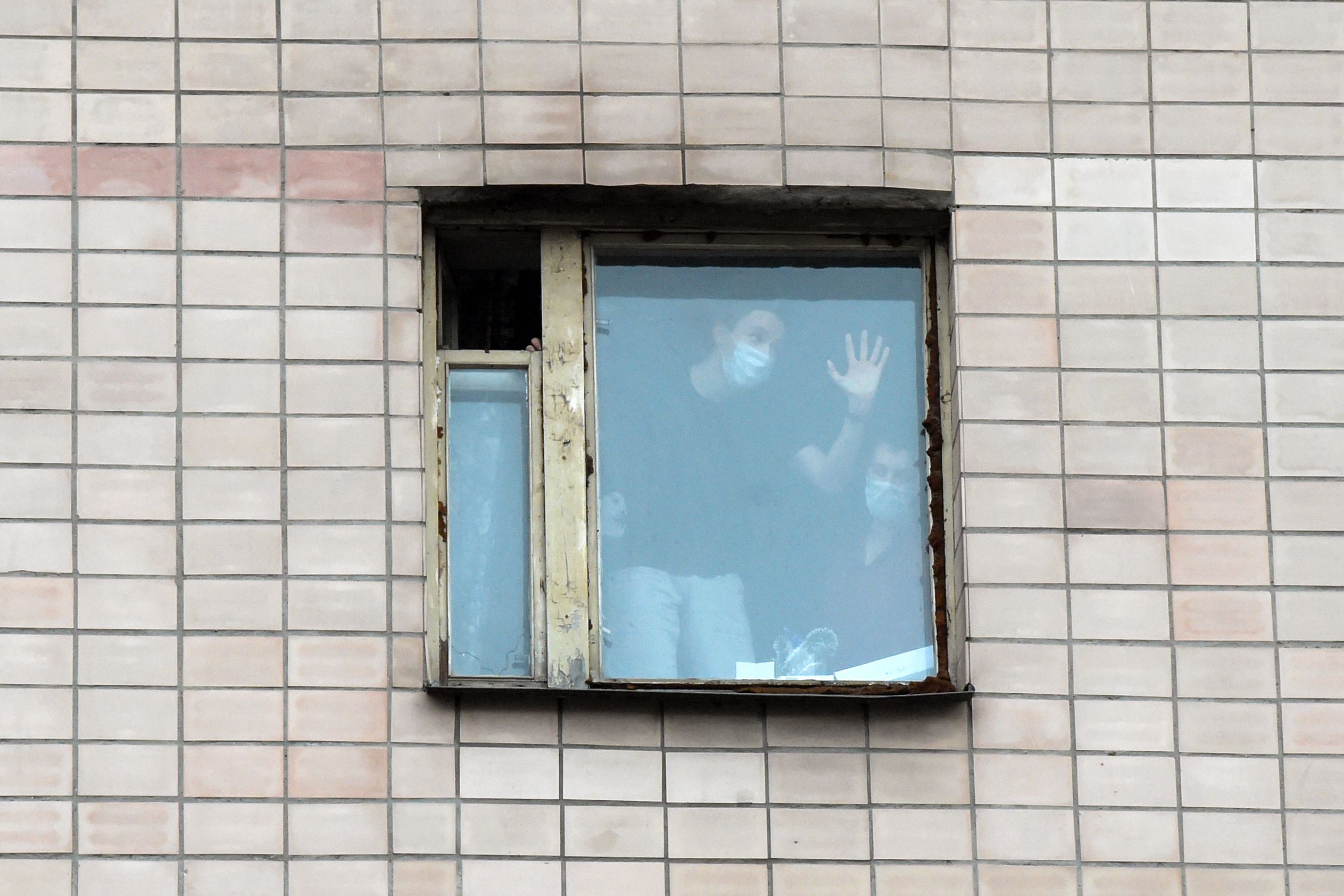 People wearing facemasks are seen in the window of a quarantined building housing the dormitory of the North-Western State Medical University named after I.I. Mechnikov in Saint Petersburg on March 5, 2020. (Photo by OLGA MALTSEVA/AFP via Getty Images)

“We know that from a population health perspective, employment and unemployment are highly associated not only with suicide, but also with mental illnesses that are associated with suicide, like depression and drug and alcohol abuse,” he told the DCNF.

He referenced a 2012 study showing that during the previous recession, it was “observed in the United States and Canada in Europe that for every 1% increase in unemployment, there was a corresponding 1% increase in suicide.”

“The ability that we have to look at unemployment as a powerful predictor of suicide is based on history and lots of science showing the powerful link, the 1% rule as I call it, linking unemployment to suicide,” he added.

He continued: “Unemployment itself is a difficult issue, and when it happens very suddenly, it’s even worse, it seems, because it injects tremendous financial insecurity.”

Unemployment is not the only factor at play, McIntyre said. Consumer sentiment reflects a person’s confidence that they can be a consumer in terms of their financial wherewithal to be a participant in the consumer economy, and “consumer sentiment has dropped faster than it has in decades.”

“We are wired to be socially connected and we know that social isolation is well established as a risk factor for mental illness and suicide,” he said. “COVID-19 is not just a biomedical threat, it’s a mental health threat.”

Usage of suicide hotlines, 24-hour crisis lines, and advocacy websites has skyrocketed across America, he said, reflecting some of the anxiety and distress people are experiencing.

Governmental financial support for small businesses proved critical for the economy and the well-being of the people after the Great Depression, he said, noting that the government should also invest in retraining and work programs to help supply jobs — “because some of these jobs are not going to come back.”

There needs to be “fast access, immediate access, to mental health services, because we’re already seeing the crisis happening and we want people to have access to these types of services,” he said.

People should be maintaining structure throughout their days at home, he said: “Get your sleep. Get your rest. Exercise, diet, try to make social connections using technology.”

“Not so much social media connections that are often very negative and often not good for your mental health,” he added, “but positive interactions with friends and family and for other people who may not have that as a resource or have it as an opportunity.”

Religious groups and church services have been shown to favorably influence mental health, he said. “In fact, church attendance itself, whether in brick and mortar or virtually on your laptop, powerfully benefits mental health.”

“I think we should also be cognizant of the fact that there are some populations that are most at risk,” McIntyre added. “We all agree, I think, that frontline workers are especially under assault, from a mental health perspective, for a variety of reasons. And we also know that persons who are of lower socioeconomic status are at higher risk. And that’s always the case.”