The Norfolk Police Department is observing new rules on how to treat transgender people and has ordered officers to begin using someone’s preferred pronouns instead of what’s listed on government issued-IDs, the Virginian Pilot reported Tuesday. 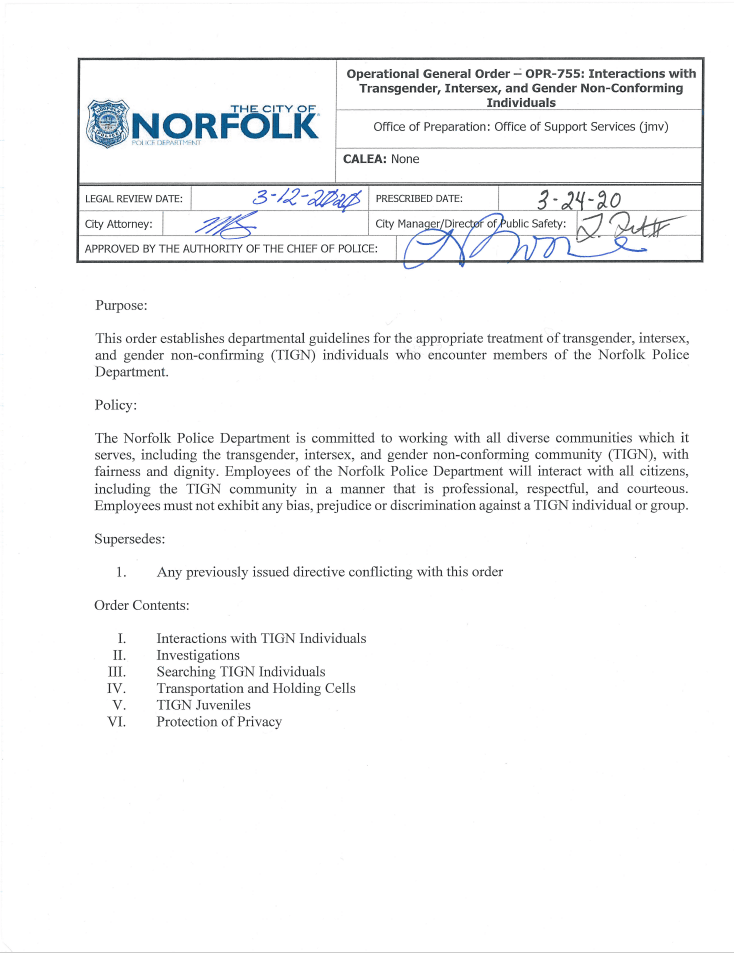 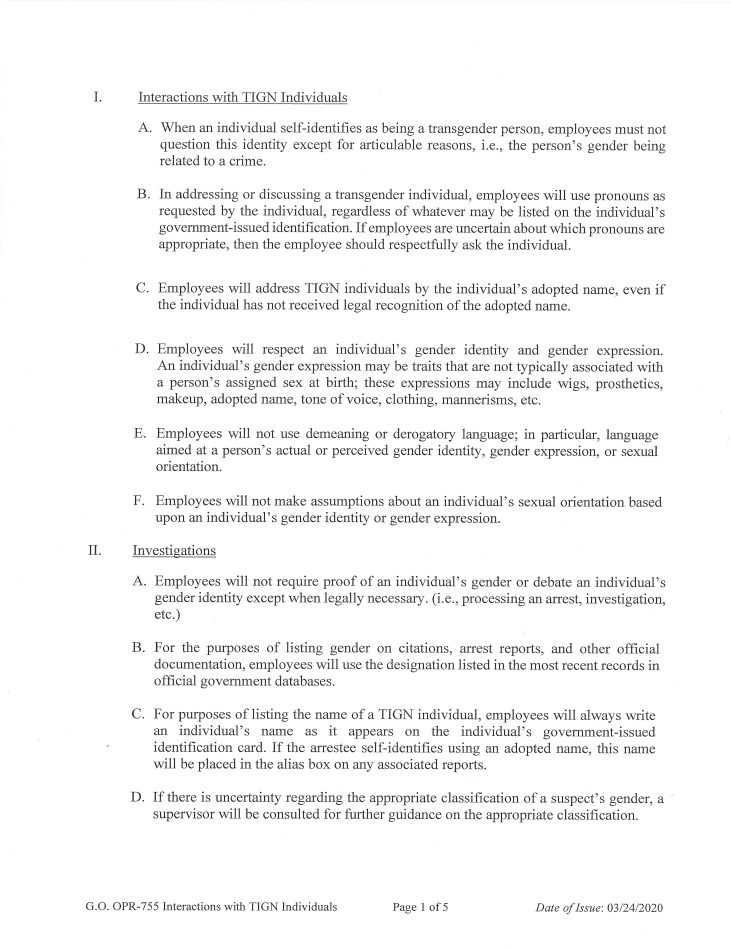 The order mandates that officers don’t question someone’s gender identity if they identity as transgender, except when “that gender” could be related to a crime. Officers must use the pronouns someone identifies with, like he, she, him and her, regardless of what’s listed on their government-issued ID, and officers won’t require proof of someone’s gender or debate their “gender identity” unless in case of an arrest or doing an investigation. (RELATED: SURVEY: Fewer Americans Opposed To Allowing Businesses To Deny LGBT People Service Due To Religious Beliefs)

Officers also can’t demean someone who is transgender and someone who’s “gender-nonconforming” will be allowed to be searched by someone of their selected gender. If an individual has not legally changed their name yet, officers must still identify them by their preferred name.

According to the Virginian Pilot, Boone said in a press release that his new rules were created in consultation with officers and people in the city’s LGBTQ community.