Documentary podcast makers are hitting back at a Hulu series on Phyllis Schlafly through their own series on the conservative icon’s life called “American Woman.”

The “American Woman” creators, who are married, told the DCNF that “Red Pilled America” works around Hollywood narratives and tells sides of stories that Hollywood ignores.

“The left has completely taken over storytelling and really every area of entertainment,” Cortez said. “So what we do is we document the lives of conservative icons because if we don’t do that, we’re allowing the left to change the narrative any way that they want.”

The audio documentary “American Woman” is intended to accurately tell Schlafly’s side of the story, the couple said, since “Mrs. America” focuses on “slandering and smearing her.” The makers of “Mrs. America” are driven by a desire to rally support for the Equal Rights Amendment and to constitutionalize abortion, they said.

“We saw that they would not speak to anyone from the family or people from her organization,” Patrick Cortez said, referring to the Eagle Forum. Eagle Forum political director Tabitha Walter confirmed to the DCNF that the Schlafly family was “not even given a chance to preview the show.”

“So they weren’t going to get her perspective. And then as we dug a little bit deeper and started seeing the videos that they were putting out, we saw that they were portraying the relationship between Phyllis and her husband, and the ways that she graduated through her career, in a way that was not factual.” 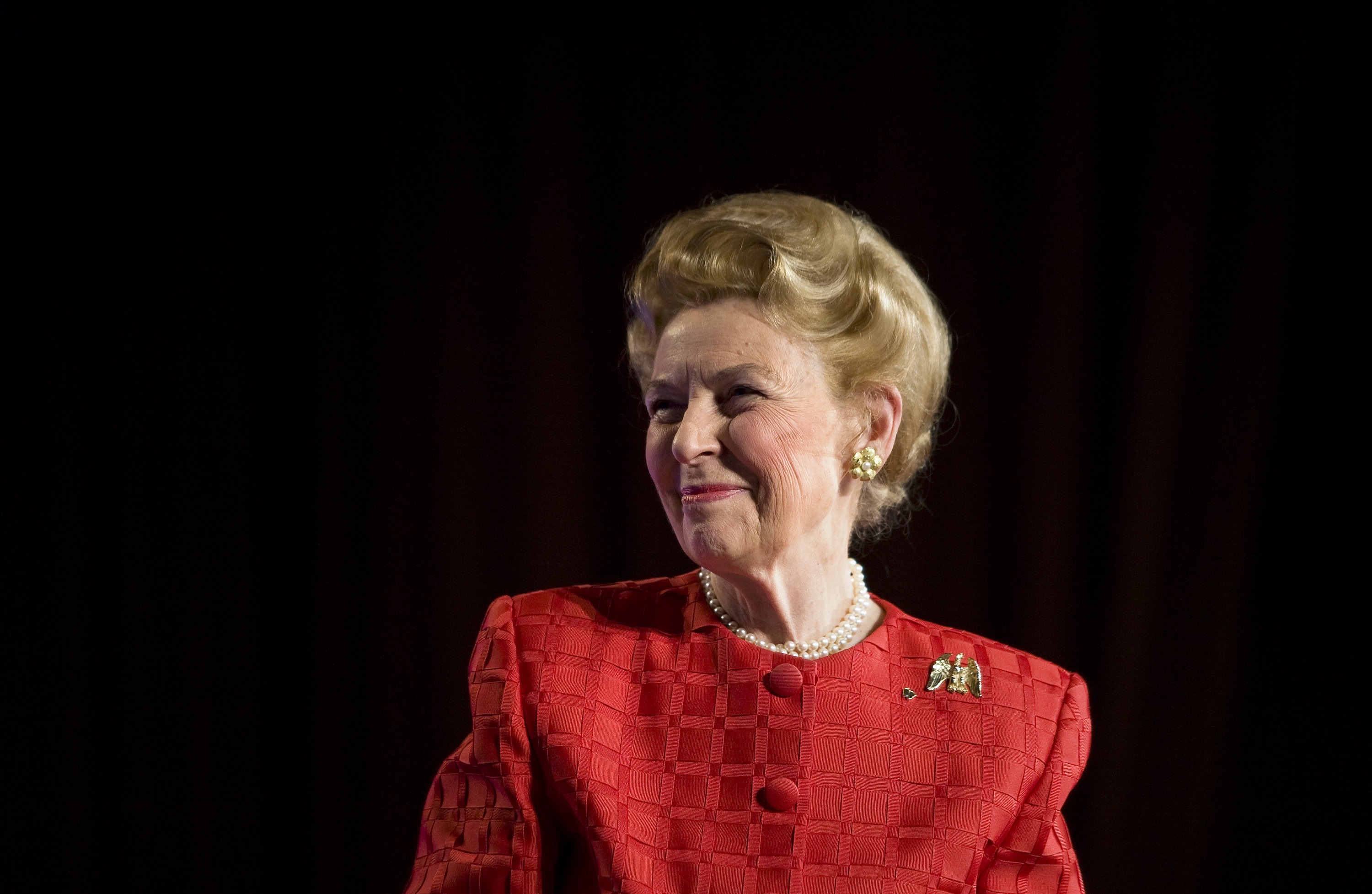 The couple heard that the directors of “Mrs. America” had created a fictionalized best friend for Schlafly who slowly turned against her as she uncovered negative aspects of Schlafly’s character.

“Once we saw that, we were like, ‘This is the mother of conservatism. Let’s do this,'” Courrielche said. “‘Let’s tell her side of the story.'”

As a woman, a wife, a mother and a business owner, Cortez said she loves that “Phyllis really let us know that you should be proud to be a woman.”

“We are not men,” Cortez added. “We are women, and we should be proud of that.”