CNN is far from alone when it comes to boosting Chinese propaganda, but it’s home to the most recent example of American media pulling for China in the past few months.

The network experienced almost immediate backlash April 13 when it published a story in which the main source was a press release from the Chinese People’s Liberation Army (PLA).

Stated clearly: CNN’s article reporting the Chinese Navy “has done a much better job controlling coronavirus than the US Navy” could hardly be told apart from the PLA press release it cited. It was an almost exact replica.

“There is a word for anyone who takes the word of an authoritarian regime, with a long record of lying, whether it was President Trump praising China’s clearly flawed response to Coronavirus or U.S. media repeating clearly bogus PLA talking points: Fool,” Peter Singer, a strategist and senior fellow at New America told the Daily Caller. 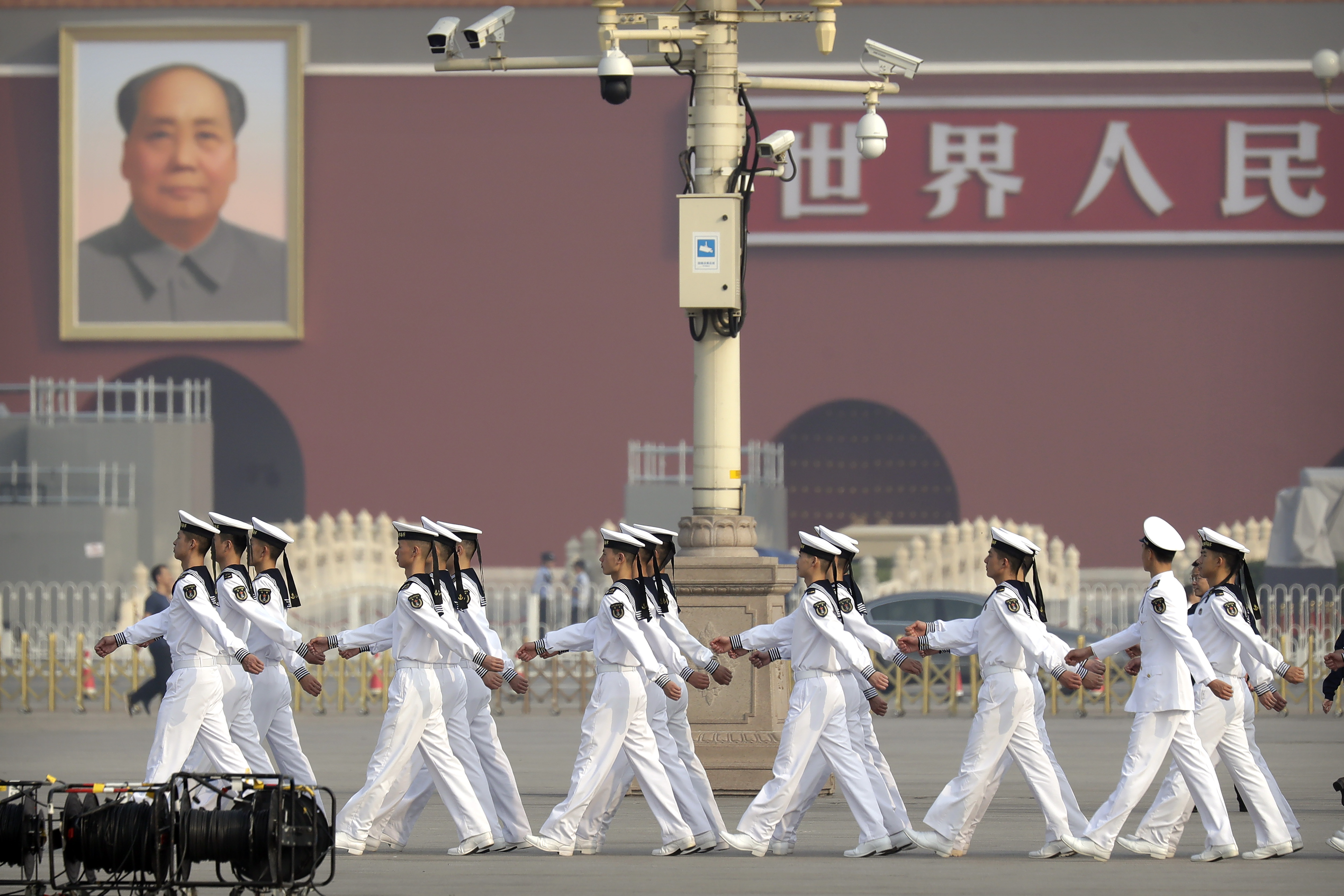 “It is not an exaggeration to say that it is Chinese communist party propaganda,” Heinrichs said of the article. “While we’re in the middle of this pandemic, there’s multiple things going on at the same time. One of them is a fight for clarity and accurate information. And we know that the Chinese government is still propagating false information and so for American media to not look at anything that comes out of China very skeptically … is so irresponsible.”

“I mean the job of the media is to expose what is true and they are very hyperactive on making sure they do that. You can be hypercritical of the U.S. government, but then to turn around and to copy and paste Chinese communist party propaganda when the stakes are so high is just incredibly audacious and it’s shameful.”

Lyman Stone, an Adjunct Fellow at American Enterprise Institute (AEI), echoed these concerns. He called CNN’s propaganda push an “egregious mistake” that is “systematic of a wider credulousness towards communist propaganda in a lot of the outlets.”

CNN previously dismissed concern the outlet was simply repeating propaganda from China’s PLA, calling the post on the site a “single update from our international site’s 24-7 Live Story.”

Absent from this “single update” are the numerous instances of China lying, whether it be their questionable coronavirus numbers or the reports that indicate they tried to hide the virus’s existence.

Also ignored is the fact that China “has gone out of its way to pay or censor people to say that they’re a normal country,” Mike Gonzalez, a senior fellow at The Heritage Foundation, pointed out. 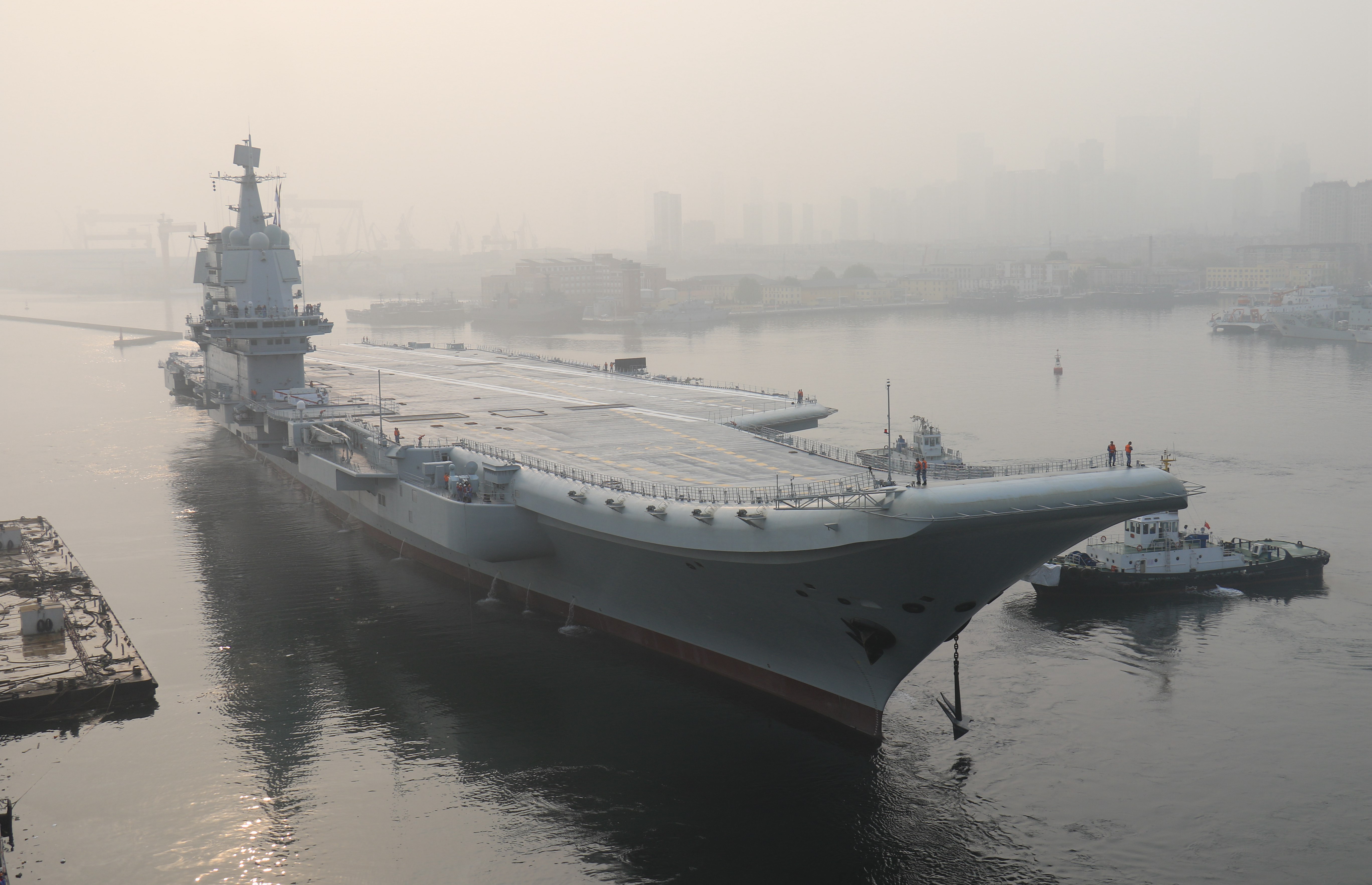 China’s first domestically manufactured aircraft carrier, known only as “Type 001A”, leaves port in the northeast city of Dalian early on May 13, 2018.(Photo by – / AFP) / China OUT via Getty Images)

Gonzalez accused CNN of having “oikophobia,” which he described as a “hatred or fear of your own country.” He noted that many journalists – not just from CNN – have decided “that Trump is a threat to the republic and it is their job as journalists to get rid of the president.”

“It’s not their job,” Gonzalez told the Daily Caller. “We cannot trust anything China says. We have to have a high degree of skepticism.” (RELATED: Media Rhetoric On ‘Wuhan Virus’ Echoes Chinese Propaganda)

“The truth of the matter is, we know precisely no information about the effect of coronavirus on the Chinese military. We still don’t know how many people are sick in China. To even run that as though that might be true or its even somebody’s opinion, it’s a total Chinese fairy tale, being characterized as though it might, in fact, be reality,” Heinrichs said.

Lyman appeared to agree, saying that if China “means for you to read it, it’s probably not true.” He added that the news reports should have been focused on why the country knows that the American Navy has coronavirus outbreaks.

“What the news reports should have been is that the reason we know about a COVID outbreak on a US aircraft carrier is that a heroic U.S. officer [former Capt. Brett Crozier], who is now infected in COVID and is in the hospital, he knowingly scarified his career to defend his men from what would have killed a couple dozen of them probably,” Lyman said.

Lyman, who is currently in Hong Kong, said that in China “you would have never heard about what happened.” He said that if a captain there tried “to stick up for his man … he would just vanish.”

“And China would say, ‘oh, never had a carrier outbreak.’ You’d just wonder why 50 body bags came off the boat every time.”

“We shouldn’t accept the propaganda that they don’t have COVID on their boat,” according to Lyman. “They probably do. They probably have sailors dying. They’re just lying about it.” 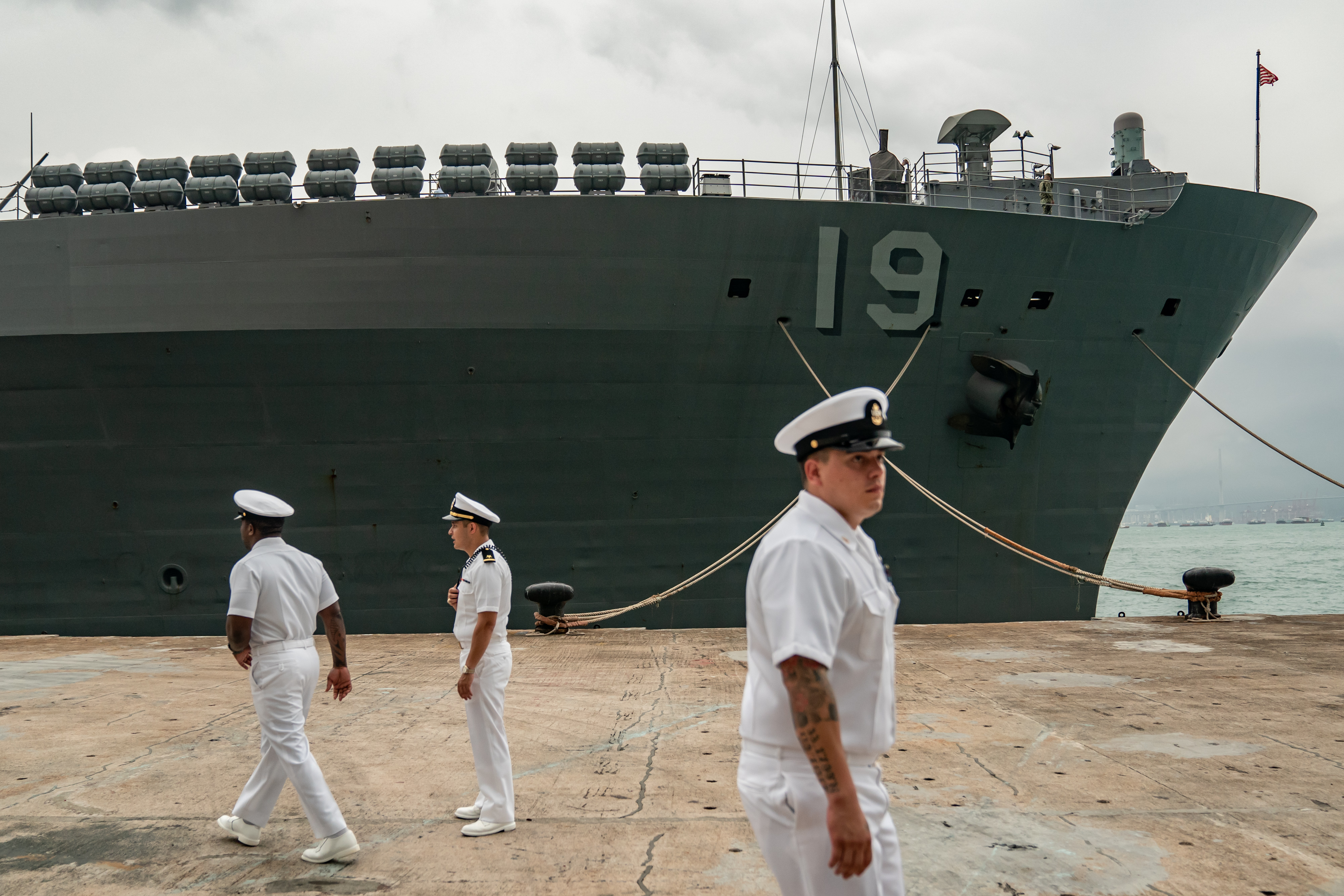 Navy crew members walks in front of the USS Blue Ridge at a wharf during a port call on April 20, 2019 in Hong Kong, China. (Anthony Kwan/Getty Images)

And yet, CNN is just the tip of the iceberg in news publications that have allowed Chinese reports to flow through un-checked. The Washington Post, for example, has “run these full page op-eds out of one of China’s state news outlets a number of times,” Lyman pointed out.

The New York Times is guilty too, often allowing Chinese officials the space through op-eds to push misinformation that has already been debunked. This happened, for example, in an April 5 opinion piece by China’s ambassador to the U.S. Cui Tiankai’s, who claimed that the country “has been providing updates about the disease in a responsible manner.”

“Look, we do need for the country to believe that the media has journalistic integrity,” Gonzalez noted. “The media is essential to democracy, but if Americans lose all hope and all trust in the media, this is a really bad place to be at.”

The media’s at-times willingness to take China’s word is comparable to the Russian collusion that bombarded publications ever since Trump’s election in 2016. Heinrichs pointed out that the American media is “doing the same thing that many journalists said made Donald Trump’s election not legitimate.”

“You have, going into another presidential campaign, American media actually taking, in this instance, literal Chinese propaganda and copying it and pasting it and putting it in American news organizations’ stamp of approval on it. Handing it out,” Heinrichs said, although she noted that there “has been some really great reporting.” This reporting, however, has largely come from questioning China’s claims.

CNN did not respond to a request for comment from the Daily Caller, but the propaganda piece has remained live despite backlash. (RELATED: Chinese Government Finally Acknowledges Underreporting Coronavirus Cases)

“One has to guard oneself very strongly against becoming a pusher of Chinese propaganda,” Gonzalez warned. “The Chinese, it is their obsession.”