For the business community and those at the very top of America’s economic ladder, China has been a godsend. They’ve made and saved billions and billions of dollars by outsourcing American manufacturing to China and offering goods and services to China’s booming consumer market. For many top American companies, growth in China has been seen as essential for success. This is why so many American companies and upper-income American citizens are so thoroughly uninterested in hearing about Chinese atrocities. Remember last year when an NBA general manager made the mistake of tweeting something sympathetic to the freedom (and pro-American) protestors in Hong Kong? He was absolutely crushed by his league and the players, who all knew that China was where their future riches were to be made.

China’s behavior has not made it easy for their American apologists. In addition to their repressive actions in Hong Kong, China has carried out a repressive policy against their Uighur Muslim minority, including mass detention, mistreatment and even torture. Opposition activists in China are jailed or sometimes simply disappear. (RELATED: Asked Whether China Censored Early Coronavirus Data, Senior WHO Official Said He ‘Didn’t Look’)

The media and the internet are under complete state control. In recent years, China has even been rolling out “social credit scores” to rate citizens by their support for the regime and distribute government benefits or punishments accordingly. Even worse, China has been exporting this technology to other repressive regimes.

In the face of this behavior, we would expect the media and the activist community to be screaming about the situation in China. They’ve been largely silent. There is too much money to be made. For example, The Washington Post has been running a special sponsored news section called “China Watch” for the past three decades — which is published by a media outlet owned by the Chinese Communist Party.

How much money has The Washington Post made from these advertising supplements? They have been asked many times and have refused to disclose that information. Such a lack of transparency over such an obvious conflict should be shocking, but the Post doesn’t have to disclose it. Nobody else in the media wants to call them on it either, because most other large media outlets have their own China conflicts. Could this be affecting the news coverage? That’s not a hypothetical question anymore. A story broke just this week showing Bloomberg News editors expressly killing an investigative news story into corruption in China for fear of hurting Bloomberg’s China business interests. (RELATED: Democratic Sen. Chris Murphy: Coronavirus Crisis Is ‘Not Because Of Anything That China Did’)

Why, besides the obvious corruption of it, does all this matter? Outsourcing our manufacturing and our corporate growth to China has done a lot to drive us to the two-class America we are becoming. The top tier of our country has thrived, in part by the efficiencies of incredibly cheap Chinese labor and access to the booming Chinese consumer market. Go to any private airport, and look at all the planes stacked up. The wealthy are having a good time, and China has been a big part of the reason why. At the same time, the loss of American jobs to China has harmed lower-income Americans. They get back cheaper consumer goods, but I’m not sure how many would trade their jobs for that.

The transfer of American manufacturing and other jobs to China has had a big role in transforming us to the multitiered American society we have today, with so little in common between the tiers. Those in finance and top companies are getting rich by facilitating this transition. Others are suffering with lost jobs and lower wages. Now we all have to join together to fight a disease that started in China and grew, at least in part, due to secrecy and mismanagement in the Chinese government at the earliest stages of the virus — when the disease could have possibly been contained. 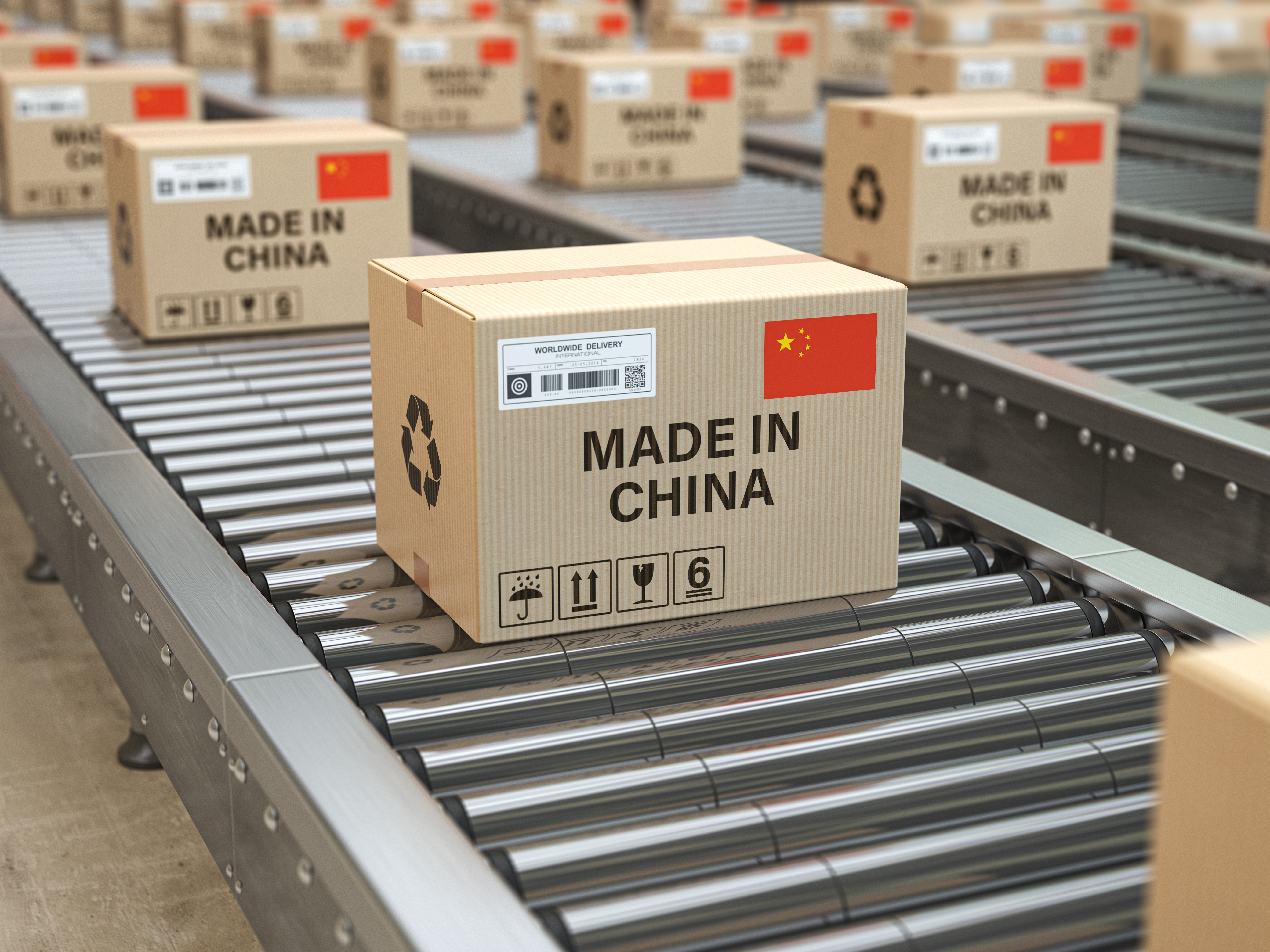 Made in China. Cardboard boxes with text made in China and chinese flag on the roller conveyor. 3d illustration (Shutterstock/Maxx-Studio)

Now as the price of dealing with this disease comes due, it’s regular Americans who are paying it. More than 20 million have lost jobs. Most had very little savings coming into this. For those in the upper reaches of our society, including virtually every person making national- and state-level decisions about the way forward, quarantining has been a minor inconvenience. We work from home. We get to see our kids more. We watch a little more Netflix. All in all, it hasn’t been that bad. For the people at the other end of the economic spectrum, it’s been a nightmare. In other words, the same people who have been hurt by globalization are now paying the highest price for this disease, fueled in large part by our increased globalization.

There are two possible roads ahead. On one hand, we can make plans going forward with the needs of those hardest hit firmly in mind. We can also rethink a lot of huge issues, like the supply chain vulnerabilities we now face due to making very little medicine and other key equipment in our own country. More broadly, we can take a harder look at the loss of American manufacturing and the flight of so many good jobs overseas. If we follow this path, we may look back on this crisis as the birth of some level of much-needed national reconciliation. (RELATED: Top WHO Official Tedros Adhanom Ghebreyesus Won Election With China’s Help. Now He’s Running Interference For China On Coronavirus)

The other option is to continue ignoring the plight of those who have not fared so well these past couple of decades. If that happens, this crisis could go down as the final straw that broke this great country. What we need most is for those who hold power in America — those who have reaped massive financial benefit from our current system and who are not feeling much pinch today — to try to see the world through the lens of someone really hurting right now, who never saw any of the upside that got us into this mess in the first place.