New York City, the focal point of the coronavirus crisis within the United States, has formed a task force to specifically handle coronavirus-related discrimination claims.

In light of hundreds of discrimination complaints based on COVID-19 fears, New York City’s Commission on Human Rights said it has formed a task force to process the reports, according to the Wall Street Journal. The commission can transfer a complaint to the NYPD Hate Crime Task Force if it determines the incident constitutes a hate crime.

“The response team came together because we saw that we had so many inquiries coming in after this pandemic started,” Sapna Raj, deputy commissioner of the commission’s law enforcement bureau, said to the Wall Street Journal.

“We realized we needed to respond rapidly to unique issues that New Yorkers were facing,” Raj continued. 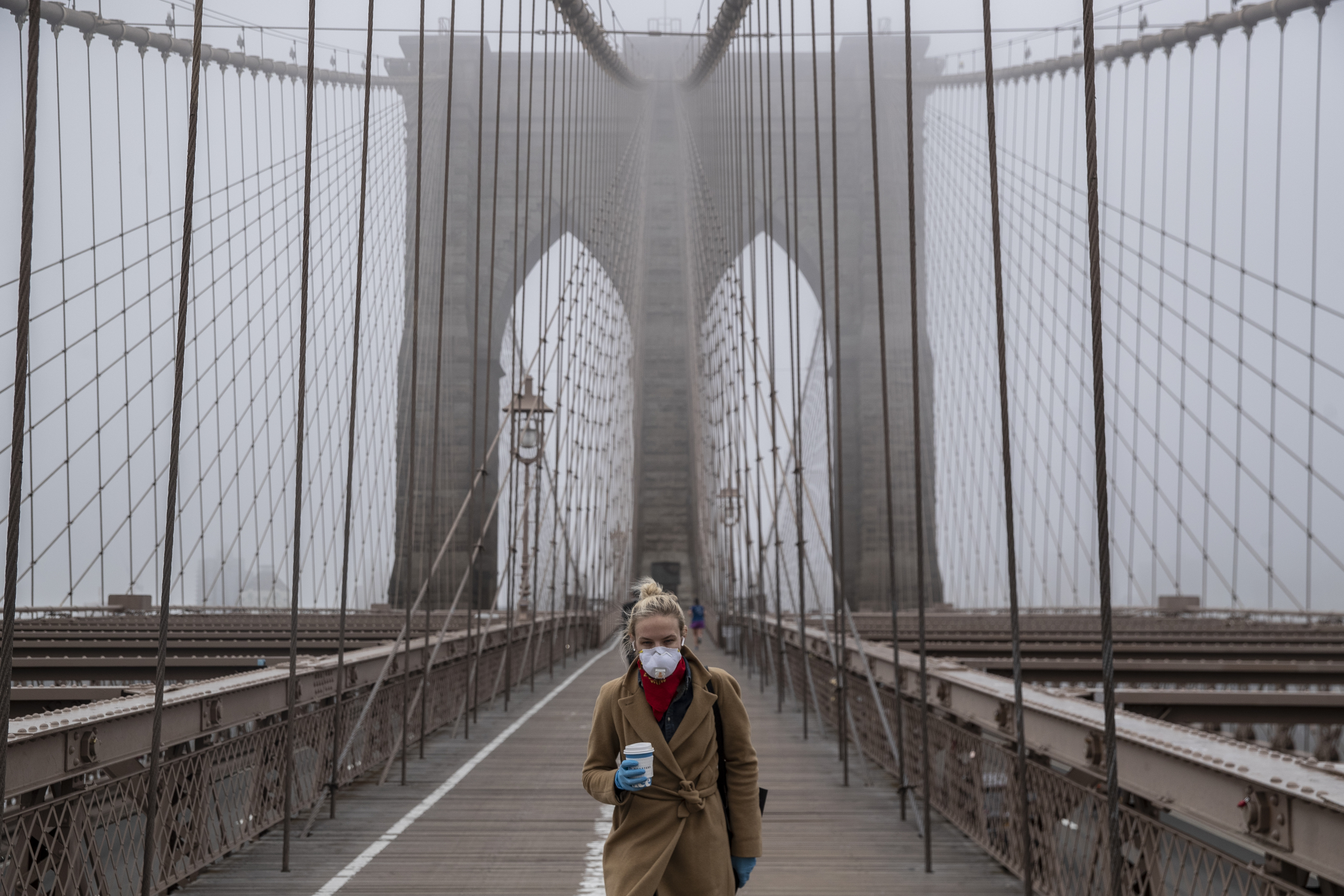 A woman wearing a mask walks the Brooklyn Bridge in the midst of the coronavirus outbreak in New York City. (Victor J. Blue/Getty Images)

Since the beginning of February, the city’s Commission on Human Rights has received 248 complaints regarding coronavirus-related discrimination. Most of these complaints were lodged in March and April, and roughly 42% of them were about anti-Asian discrimination specifically.

The commission says it formed the task force in early April to manage the influx of reports, which included complaints about employment or housing discrimination based on age, race, disability, and immigration status. Some calls, for example, included handicapped individuals or those with compromised immune systems whose landlords were restricting deliveries of groceries.

The commission garnered 105 calls about anti-Asian incidents between Feb. 1 and April 26. As comparison, only five such cases were reported during the same time frame last year.

Manjusha P. Kulkarni, the executive director of the Asian Pacific Policy and Planning Council, believes many in the Asian community are hesitant to report such instances, and that New York City is likely indicative of what’s taking place across the United States. (RELATED: Study: Coronavirus Has Reduced Fatal Crashes More Than Any Other Event In Recent History)

“Even though the numbers are small overall, I think it’s an indication of what we’re seeing across the country,” Kulkarni stated. “All those efforts are important to get a better understanding of the problem.”

New York has more coronavirus cases than any other state in the country. As of Sunday, the state reported more than 236,700 positive cases, and more than 13,300 deaths. In New York City specifically, more than 8,600 people have died from coronavirus-related illnesses.