The Senate Select Committee on Intelligence released a report Tuesday supporting the U.S. intelligence community’s finding in early January 2017 that the Russian government meddled in the 2016 election with the goal of helping Donald Trump win the presidency.

The report is heavily redacted, but the portions made public do not address information declassified between April 10 and 15 regarding a possible Russian disinformation campaign aimed at smearing Trump.

That declassified information, which was contained in a Justice Department inspector general’s report, said the FBI received evidence beginning on Jan. 12, 2017, that Russian operatives fed anti-Trump disinformation to Christopher Steele, the former British spy who investigated the Trump campaign on behalf of the Clinton campaign and DNC.

The U.S. intelligence community provided a report in June 2017 to the FBI that said a sub-source for Steele’s dossier expressed “strong support” for Hillary Clinton’s campaign,” documents declassified on April 15 said.

The Senate report focuses squarely on a so-called Intelligence Community Assessment (ICA) that the Obama administration released on Jan. 6, 2017.

The ICA included evaluations from the FBI, CIA and National Security Agency (NSA) that the Russian government interfered in the 2016 election process through email hacks and social media disinformation campaigns. It also said that the Kremlin undertook the effort specifically to help Trump defeat Clinton. (RELATED: Russian Intelligence Knew Steele Was Investigating Trump) 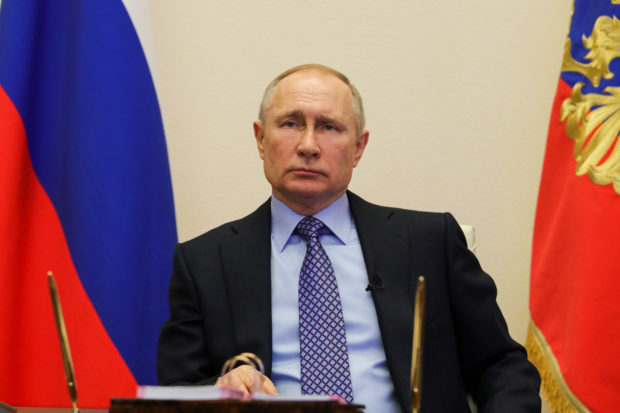 Russian President Vladimir Putin attends a meeting with regional officials via tele link in his residence outside Moscow on March 30, 2020 (Photo by MIKHAIL KLIMENTYEV/SPUTNIK/AFP via Getty Images)

The House Intelligence Committee released a report on April 27, 2018, disputing the finding that the Kremlin interfered specifically to help Trump over Clinton.

The Senate panel disagreed in its report Tuesday, saying that the ICA presented “specific intelligence reporting to support the assessment that Putin and the Russian Government demonstrated a preference for candidate Trump.”

Sen. Richard Burr, the Republican chairman of the intelligence panel, said the committee “found no reason to dispute the Intelligence Community’s conclusions.”

“The ICA reflects strong tradecraft, sound analytical reasoning, and proper justification of disagreement in the one analytical line where it occurred,” Burr said in a statement.

Virginia Sen. Mark Warner, the top Democrat on the committee, amplified the panel’s support for the ICA conclusion of Russia’s pro-Trump bias.

“The ICA correctly found the Russians interfered in our 2016 election to hurt Secretary Clinton and help the candidacy of Donald Trump. Our review of the highly classified ICA and underlying intelligence found that this and other conclusions were well-supported,” he said.

U.S. Attorney John Durham is reportedly investigating former CIA Director John Brennan’s contribution to the ICA. One area of focus is a CIA source who worked inside the Kremlin who reportedly said that Russian President Vladimir Putin ordered election meddling to help Trump.