Martin Shkreli’s lawyers asked a federal judge for his release from prison so that he can help find a cure for the coronavirus, NBC News reported Wednesday.

Shkreli has reportedly “devoted countless hours” to developing a cure for the coronavirus while serving a 7-year sentence at a federal prison in Allentown, Pennsylvania, NBC News reported. 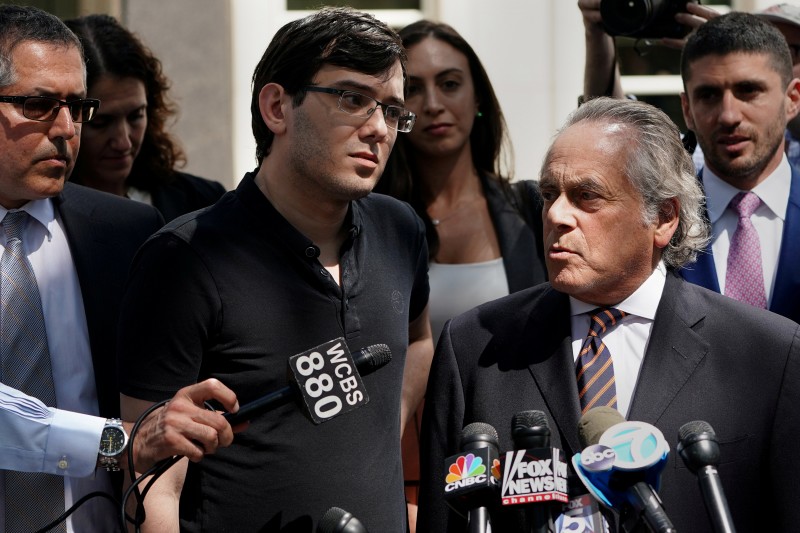 Shkreli was convicted of securities fraud and conspiracy charges in 2017. He is the co-founder and former chief executive officer of Retrophin, a biotechnology company. He gained notoriety for inflating the price of a life-saving drug by 5,000%. (RELATED: ‘Pharma Bro’ Shkreli Reportedly In Solitary Confinement After Running Company From Prison With Contraband Phone)

His lawyers asked in the filing that Shkreli be allowed to serve the rest of his sentence at home with an electronic monitor, which would allow him to work on finding a cure. The filing said that his current work is “at a preliminary stage” and that he is a “skilled medical researcher” who has committed “his life’s work to the life science and rare disease community,” NBC News reported.

The filing also says that a former colleague of Shkreli’s is “eager” to work with him, as is a pharmaceutical company that is prepared to contract with the biotech firm Shkreli founded.

The documents also add that Shkreli should be released from prison because of his asthma and severe allergies, according to NBC News.