As the coronavirus pandemic continues to kill thousands of people around the world and wreaks havoc on the global economy, anti-Semitic rhetoric and attacks have not let up.

From attempted bombings, to hate-filled drawings, and to accusations that Jewish people started the virus, numerous instances of anti-Semitism have percolated amid the coronavirus crisis. Such cases have even cropped up across the globe, drawing the concern of the United Nations.

Some of the most prolific attempts to hurt Jewish people have occurred within the United States.

Federal prosecutors publicly revealed earlier in April that John Michael Rathbun, a 36-year-old living in Massachusetts, allegedly tried to torch a Jewish nursing home with a five-gallon gas canister. Rathbun was charged in connection with a homemade incendiary device found outside Ruth’s House, a Jewish-sponsored assisted living facility in the state, according to the U.S. Attorney’s Office for the District of Massachusetts. 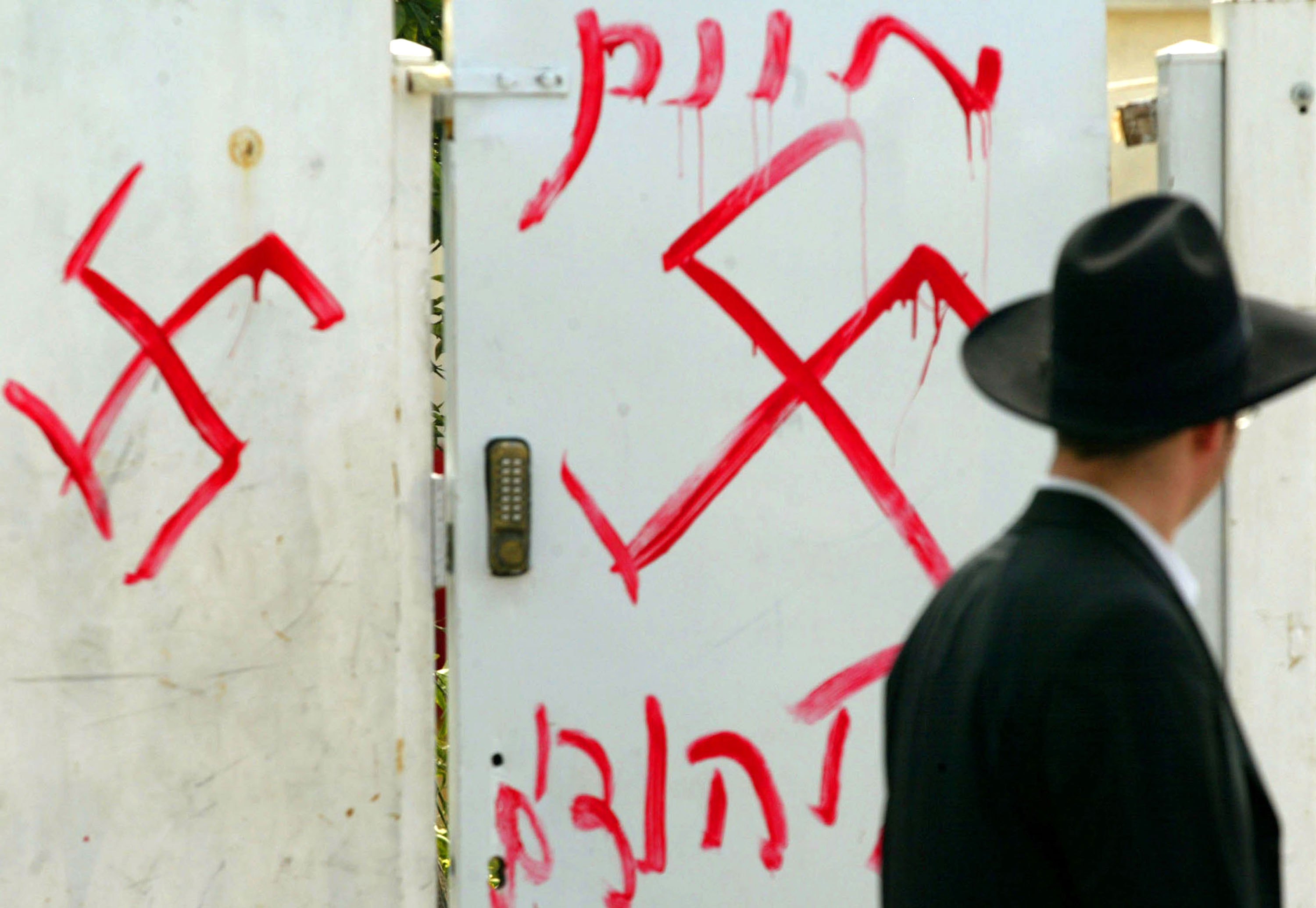 A Jewish man looks at anti-semitic graffiti which was sprayed on the gate of a synagogue March 5, 2006 in Petah Tikva, near Tel Aviv, in central Israel. (Photo by Uriel Sinai/Getty Images)

“In times of national crisis, hatred based on religion often blossoms into violence,” U.S. Attorney Andrew E. Lelling said in the statement on April 15. “The charges in this case allege that the defendant tried to blow up a Jewish assisted living residence with a five gallon gas canister, at the same time that the facility was being discussed on white supremacist online platforms.”

Over 300 miles away, one popular radio host blamed Jewish people for the COVID-19 outbreak.

George Mitchell, the host of a morning radio program in Baltimore, Maryland, was accused of anti-Semitism after suggesting on his show that the virus was spreading locally because of the arrival of Jewish people from New York City, according to the Forward.

The comments garnered immediate pushback — including from Isaac Schleifer, a Jewish city councilman.

Such incidents amid the coronavirus outbreak are not confined to the United States, but have also surfaced across the globe.

A U.N. spokesperson said he was “concerned” about religious and political leaders exploiting the crisis to blame Jewish people and other minorities. U.N. Special Rapporteur on Freedom of Religion or Belief Ahmed Shaheed said such anti-Semitic rhetoric typically involves accusations that coronavirus was started by Jewish people for global domination.

“I am extremely concerned to see that certain religious leaders and politicians continue to exploit the challenging times during this pandemic to spread hatred against Jews and other minorities,” Shaheed said on April 17. “We must collectively reject anti-Semitism and other forms of intolerance and discrimination now.” (RELATED: Here’s What Extremist Groups Are Up To During The Coronavirus Pandemic)

Shaheed called on governments across the globe to work with the Jewish community to help stamp out anti-Semitism.

In one notable international example, the Iranian Health Ministry decided to launch a coronavirus cartoon contest, accepting thousands of entrants across the world. Unfortunately, a common theme existed among many of the entries, with many cartoons depicting Jewish people and Americans causing the virus. 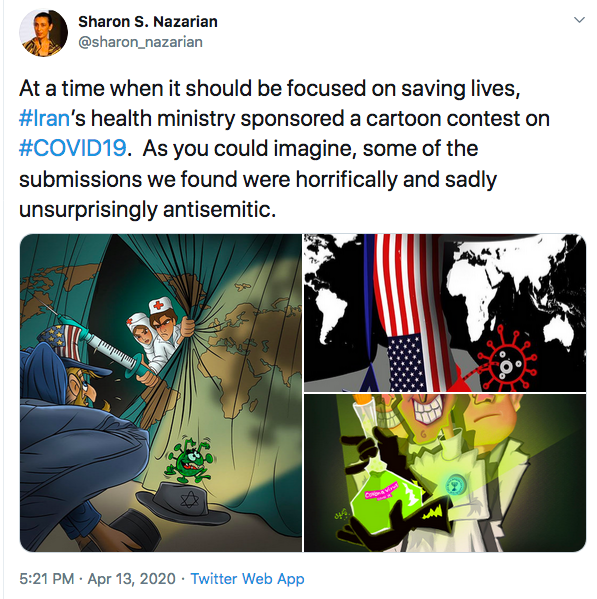 “At a time when it should be focused on saving lives, [Iran’s] health ministry sponsored a cartoon contest on [COVID-19],” tweeted Sharon Nazarian, senior vice president for International Affairs.

“As you could imagine, some of the submissions we found were horrifically and sadly unsurprisingly antisemitic,” she continued.