John Jacob Astor, the richest man on board the Titanic, famously gave up a seat in the final lifeboat when he saw two young children still on the ship’s deck. “Women and children first” was the order from the ship’s captain, and the final numbers show just how much the men on board — even the rich and powerful — adhered to that call. Women on the Titanic had a 75% survival rate, compared with just 17% for men. Besides some crazed radical feminists, most of us view the chivalry displayed on that sinking ship with a sense of awe and admiration. Hard to imagine many California tech billionaires behaving today the way Astor did the night he died.

When the history of our era is written, we will know a lot more about the behavior during the emergency we are now facing — a pandemic that has already killed thousands and caused more than 26 million Americans to lose their jobs. In the wake of this tragedy, we are seeing some amazing behavior and some truly disgusting behavior.

On the amazing side, early on, we saw billionaire New England Patriots owner Bob Kraft send his private Boeing 767 to China on a special mission to pick up protective equipment for his home state of Massachusetts. Twitter founder Jack Dorsey tops the list; he has pledged $1 billion (almost one-quarter of his net worth) for coronavirus relief. Billionaire Sheldon Adelson shuttered his casinos but kept paying all his workers while donating millions of pieces of protective gear to both Nevada and New York. Facebook is giving $100 million in small business grants for coronavirus relief, while Mark Zuckerberg himself is giving another $25 million. The list of truly generous acts by the rich and powerful in our society is inspiring. (RELATED: Vegas Casino Mogul Shut His Doors Due To Coronavirus. He’s Still Paying 10,000 Employees Anyway) 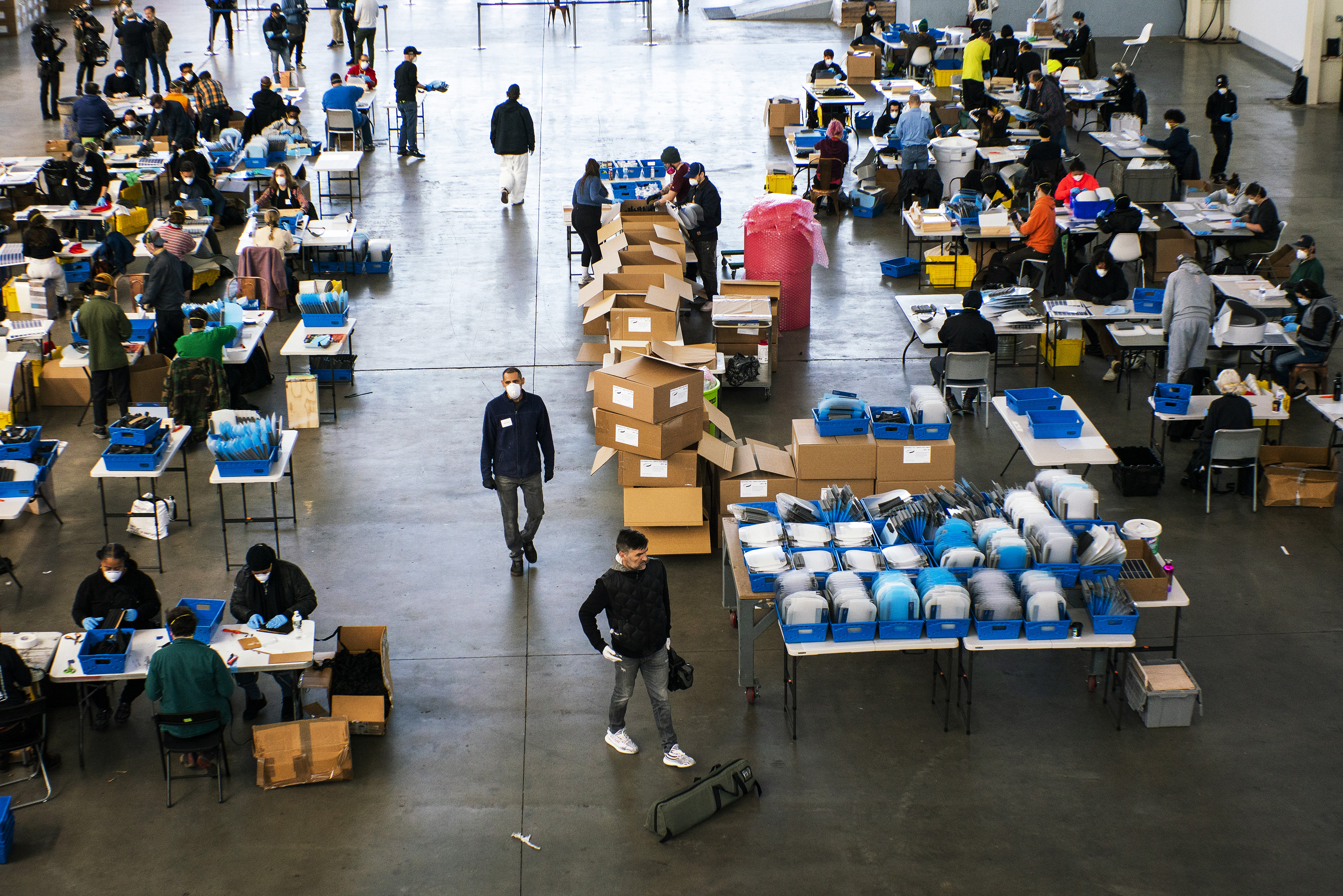 It’s also worth noting who’s on the other side of the ledger. Besides those actually dying, the biggest harm, by far, has been to those who have lost their jobs or their businesses. To deal with this harm, the government has now spent trillions of dollars in coronavirus relief aid. The possibility of fraud and abuse when the government doles out funding at a fast pace on a mass scale is huge. The most powerful in our society — the ones who donate to the politicians and offer the allure of future employment to the political staffers — are the ones we have to worry about. In a country already on a path to a future budget crisis, if we are going to spend trillions on relief, it better go to those who need it most. Yet the staffers sitting across the table from the huge companies, hammering out the relief terms — the ones who are supposed to be aggressively representing the U.S. taxpayers — usually want more than anything else in life to work for the huge company on the other side of the table. The terms of any bailouts for specific industries need to be studied with a microscope given the dynamic at hand here. (RELATED: Government Accountability Office To Investigate Trump Administration’s Pandemic Response)

The biggest known villains so far during this pandemic are the publicly traded or private equity-owned companies that jumped in front of legitimate small businesses in the small business bailout, and the universities with multibillion-dollar endowments who are taking taxpayer dollars when they have zero need for it.

The government set up a special fund specifically for small businesses, which are taking the biggest hit because their owners typically lack access to credit and other emergency financing often available to larger enterprises. The way it was set up, there was initially just under $350 billion designated for these small businesses to get payroll protection loans to keep their people at work.

The Payroll Protection Program had to get funds out fast, so it was administered through banks that were already approved to make loans for the Small Business Administration. There was logic to this structure because speed was essential, but as a result, clients with strong relations with approved banks had the upper hand. Within just days, 1.6 million loans were issued, and the funds were gone. Many legitimate small businesses were left out. (RELATED: Big Company Execs Will Now Face Up To 30 Years In Prison, $1 Million Fines For Abusing Coronavirus Relief Program)

The problem was that a few publicly traded companies, and likely even more companies owned by venture capital and private equity firms, had jumped the line because they had superior banking relations and connections. To be sure, these bad actors made up a small percent of the overall borrower pool, but we should remember them nonetheless. JPMorgan Chase bank, for example, pushed through large loans for the publicly traded Ruth’s Chris steakhouse chain, Potbelly sandwich chain and Shake Shack (the last gave the money back after the negative publicity). These companies, and the others who joined them, are no doubt facing a tough time financially, but they have options that the mom and pop shop on your street corner does not. 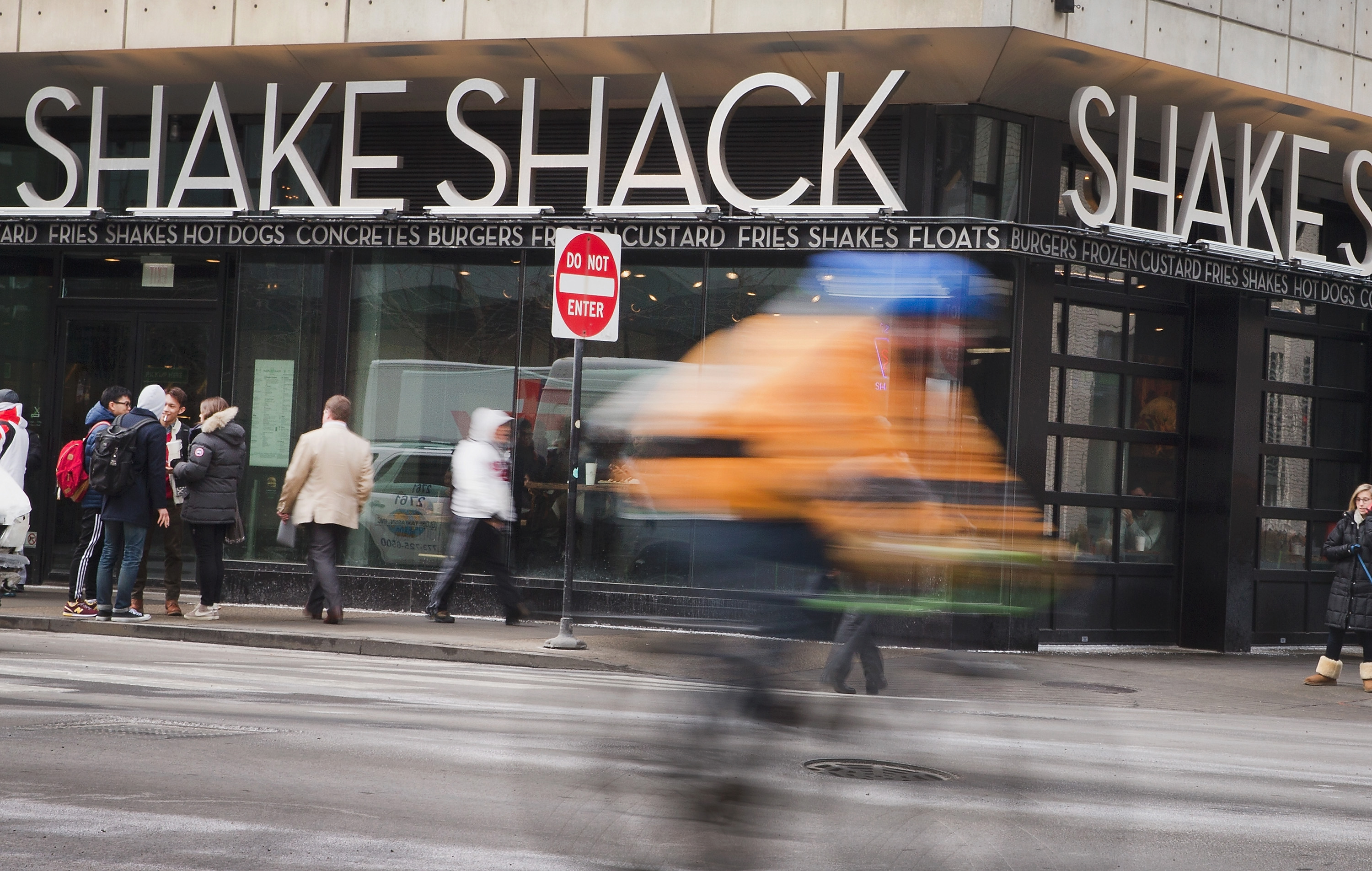 A sign hangs over the entrance of a Shake Shack restaurant on January 28, 2015 in Chicago, Illinois. The burger chain, with currently has 63 locations, is expected to go public this week with an IPO priced between $17 to $19 a share.(Photo by Scott Olson/Getty Images)

Ivy League colleges collectively took in over $60 million in taxpayer money from another government relief program, despite the fact that they have, collectively, $140 billion in their endowments and had huge operating surpluses just last year. Outrage over their behavior is ratcheting up, and many have recently pledged to give the funds back.

The tally of the good guys and the bad guys of our era won’t be finalized until the virus clears. The politically and financially powerful in our country will likely have many opportunities for further shady behavior until that happens. But just as the coddling of Wall Street’s bad actors during the financial crisis helped give rise to the tea party on the right and Occupy Wall Street on the left, nobody should doubt that the political repercussions emanating from today’s actions will be felt for years to come.

Neil Patel co-founded The Daily Caller, one of America’s fastest-growing online news outlets, which regularly breaks news and distributes it to over 15 million monthly readers. Patel also co-founded The Daily Caller News Foundation, a nonprofit news company that trains journalists, produces fact-checks and conducts longer-term investigative reporting. The Daily Caller News Foundation licenses its content free of charge to over 300 news outlets, reaching potentially hundreds of millions of people per month. To find out more about Neil Patel and read features by other Creators writers and cartoonists, visit the Creators website at www.creators.com
COPYRIGHT 2020 CREATORS.COM