World Health Organization Director-General Tedros Adhanom Ghebreyesus was a top official in the Ethiopian government at the same time that it was accused of widespread human rights violations.

Tedros is facing increasing scrutiny over the WHO’s alignment with China’s oppressive regime throughout the coronavirus pandemic.

During his time as a high-profile Ethiopian official, the government was repeatedly castigated around the world for its human rights record, including the detainment and torture of political opponents.

When Ethiopia secured a non-permanent spot on the United Nations Security Council in June 2016, Tedros said it was a sign that his country had won the world’s respect, but Amnesty International noted that Ethiopia had a deplorable human rights record.

“The government enacted many restrictive laws that have led to the dismantling of civil society, and through the misuse of the counter-terrorism law, has stifled peaceful dissent.”

The resolution stated that “it is known that the Ethiopian Government is systematically repressing freedom of expression and association and banning individuals from expressing dissent or opposition to government policies, thereby limiting the civil and political space, including by carrying out politically motivated prosecutions under the draconian anti-terrorism law, decimating independent media, dismantling substantial civil society activism and cracking down on opposition political parties.”

The international body “[s]trongly condemns the recent use of excessive force by the security forces in Oromia and in all Ethiopian regions, and the increased number of cases of human rights violations; expresses its condolences to the families of the victims and urges the immediate release of all those jailed for exercising their rights to peaceful assembly and freedom of expression,” the resolution stated.

The watchdog found that “development aid flows through, and directly supports, a virtual one-party state with a deplorable human rights record. Ethiopia’s practices include jailing and silencing critics and media, enacting laws to undermine human rights activity, and hobbling the political opposition.” 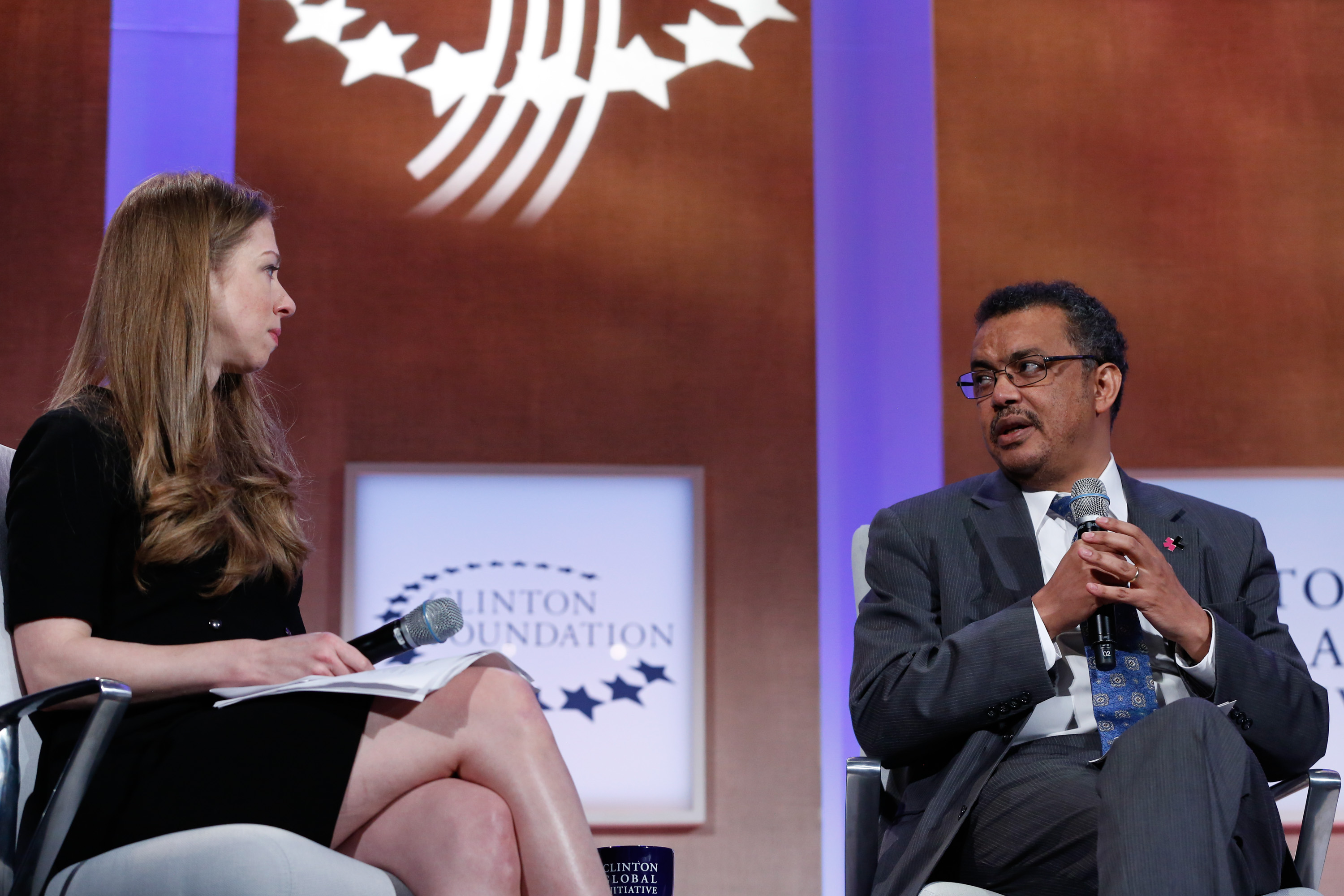 In his role as foreign minister, Tedros pushed back on criticisms of the country’s human rights record.

In an October 2016 blog post, less than a year before he took over as the top WHO official, Tedros accused Human Rights Watch of encouraging political violence by criticizing the Ethiopian regime’s handling of protests at the time.

Tedros dismissed the watchdog’s criticism of the government’s clampdown on political protests and its response to an Oct. 2, 2016, protest that saw dozens of protesters die in a stampede after authorities reportedly deployed tear gas and fired warning shots to disperse the protesters.

Tedros argued that Human Rights Watch might bear responsibility for the stampede, writing that “one reason for the panic, of course, might very well be people’s awareness of the scare stories Human Rights Watch has so assiduously propagated over the last few months.”

While the watchdog’s investigations found that “it is clear that the number of dead is much higher than government estimates,” Tedros insisted that there was “no evidence” that the official figures were incorrect.

Under Tedros’s leadership, the WHO, which didn’t return a request for comment, has provided cover for China’s suppression of the truth about the coronavirus outbreak in its country.

China could have limited the global spread of the virus by up to 95% if it had acted three weeks earlier to combat the virus, one study found. Chinese authorities took steps to silence whistleblowers, journalists and doctors from warning the public about the virus’s severity in its early stages.

China is widely believed to have significantly underreported the scale of its coronavirus outbreak, and Chinese authorities admitted that their initial numbers left out asymptomatic carriers of the virus. Dr. Anthony Fauci said on April 16 that he still doesn’t “feel confident at all” that China is accurately reporting its coronavirus cases yet.

Nevertheless, Tedros and other top WHO officials have consistently lauded Chinese authorities’ “transparency” in their handling of the global pandemic.