The Supreme Court sided with the Trump administration on Thursday, finding that the government can deport criminal immigrants from the United States even if they have been living legally in the country for a long time.

In a split 5-4 decision, the Court’s conservative bloc agreed with the administration that Andre Martello Barton, a non-citizen from Jamaica, is eligible for deportation after being charged with drug and firearm offenses, despite him living in the United States since the 1980s. The decision makes it more difficult for green card holders with criminal offenses in the United States to fight deportation orders.

Barton’s crimes made him eligible for removal, but he argued that he was not, citing a 1996 law that allows some long-term legal residents to avoid deportation. Under the law touted by Barton’s legal team, green card holders can request to have their deportation orders repealed if they’ve been living in the United States continuously for at least seven years.

The Supreme Court’s majority, however, ruled that legal residents who have committed certain crimes before reaching this “inadmissible” period can be deported. 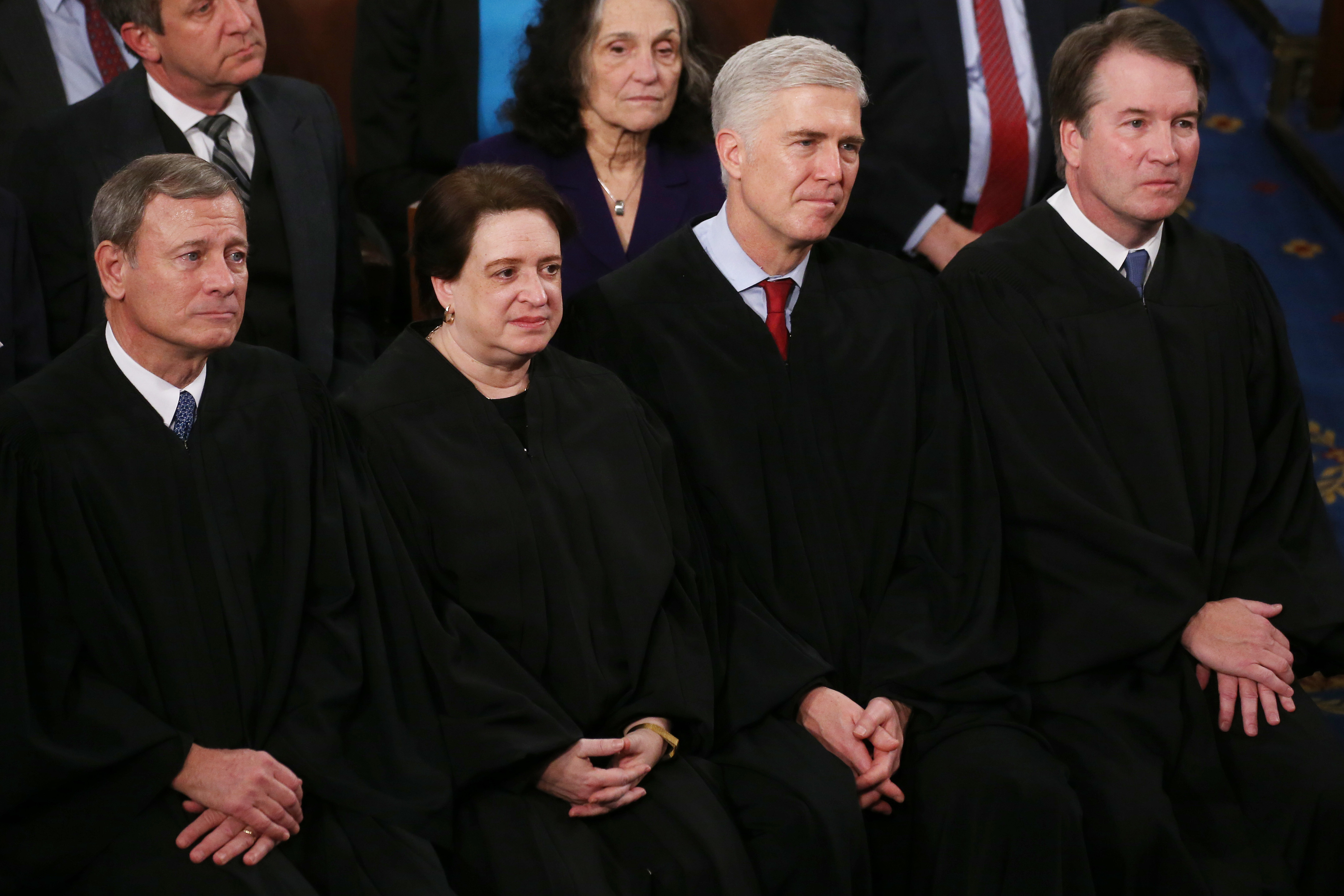 U.S. Supreme Court justices (L-R) John Roberts Elena Kagan, Neil Gorsuch, and Brett Kavanaugh attend the State of the Union address in the chamber of the U.S. House of Representatives on February 04, 2020 in Washington, DC. (Photo by Mario Tama/Getty Images)

Justice Brett Kavanaugh, writing for the Court’s majority opinion, wrote that “when a lawful permanent resident has amassed a criminal record of this kind,” the country’s immigration laws deem them ineligible to request to remain in the United States.

“Removal of a lawful permanent resident from the United States is a wrenching process, especially in light of the consequences for family members,” Kavanaugh stated.

“Congress made a choice, however, to authorize removal of non-citizens — even lawful permanent residents — who have committed certain serious crimes,” he continued. “And Congress also made a choice to categorically preclude cancellation of removal for noncitizens who have substantial criminal records. Congress may of course amend the law at any time. In the meantime, the Court is constrained to apply the law as enacted by Congress.” (RELATED: The White House Just Released The Immigration Ban. Here’s What’s Inside)

The decision marked a major win for the White House, and also notably expands the grounds for removal of legal immigrants who have committed serious crimes within the first seven years of their arrival into the United States.