The news comes after Trump made an abnormally short appearance at Friday’s briefing, which may be an indicator of the new norm. The cutback could take the form of him no longer appearing on a daily basis or appearing for less time, according to the report. (RELATED: Can Sunlight Really Kill Coronavirus? Separating The Truth From The Fake News)

“I told him it’s not helping him,” a senior adviser reportedly told Axios. “Seniors are scared. And the spectacle of him fighting with the press isn’t what people want to see.” 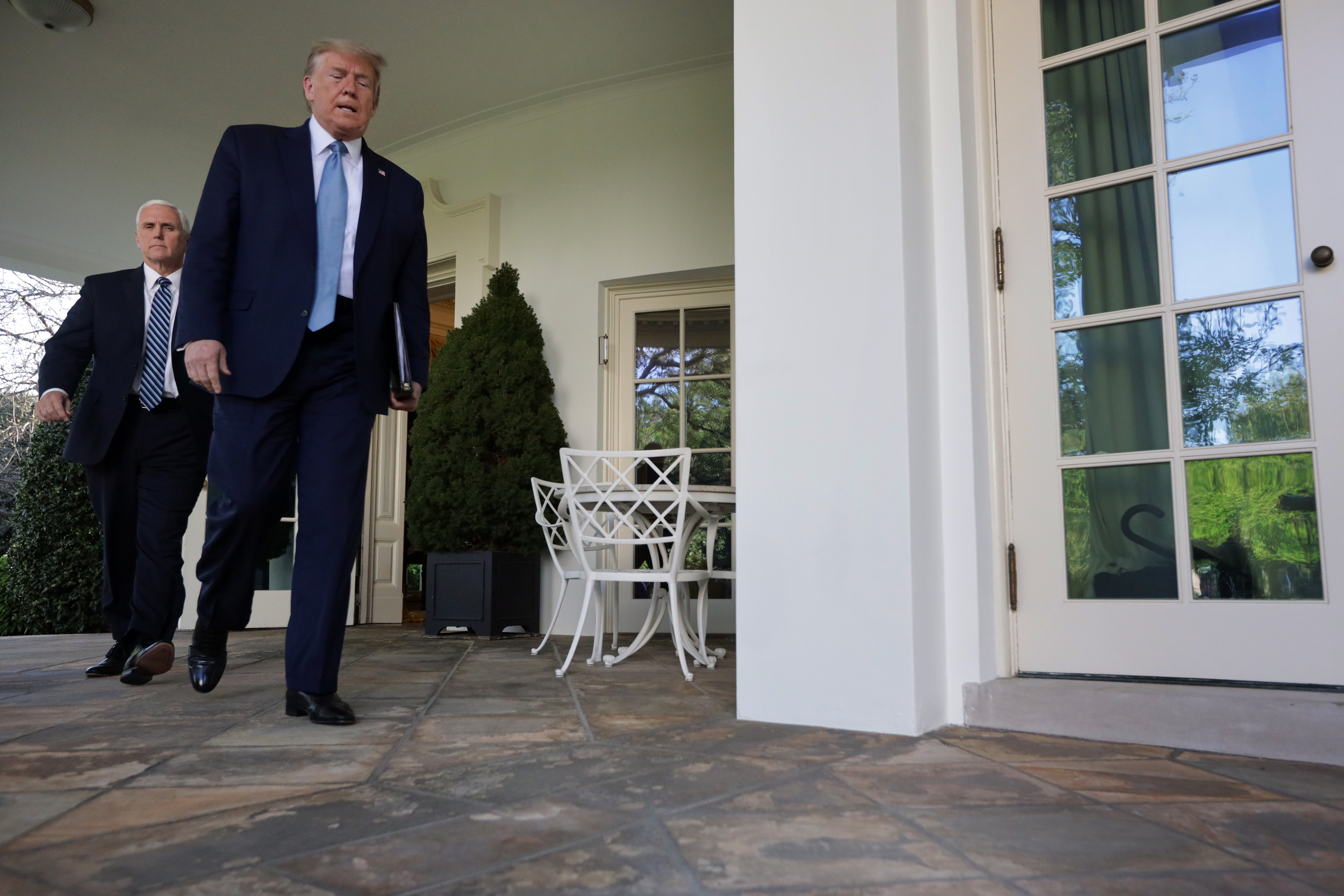 WASHINGTON, DC – APRIL 15: U.S. President Donald Trump and Vice President Mike Pence come out from the Oval Office for a daily briefing of the White House Coronavirus Task Force in the Rose Garden at the White House April 15, 2020 in Washington, DC. (Photo by Alex Wong/Getty Images)

The news comes after a spate of combative briefings between Trump and the press. Trump has reportedly argued in favor of attending the briefings because they continue to get good ratings.

Networks like CNN and MSNBC have waffled on continuing to air the briefings, however, claiming Trump often uses them as a campaigning tool. (RELATED: Asked Whether China Censored Early Coronavirus Data, Senior WHO Official Said He ‘Didn’t Look’)

The media ran with an incident at Thursday’s press briefing in which Trump suggested that injecting disinfectant into the body could be investigated as a potential treatment for coronavirus. When asked about the comments Friday, he said he had been goading reporters.

“I was asking a question sarcastically to reporters like you just to see what would happen,” he said. “I do think disinfectant on the hands could have a very good effect.”