Ford leveled accusations of sexual assault against Kavanaugh in September 2018, launching a media onslaught and a series of congressional hearings into the allegations against the now-Supreme Court justice. Throughout these events, Pelosi expressed support for Ford.

“It took great courage for Dr. Christine Blasey Ford to come forward with her story,” Pelosi tweeted Sept. 18, 2018. “The American people are owed a thorough investigation of the grave & credible allegations against Brett Kavanaugh.” 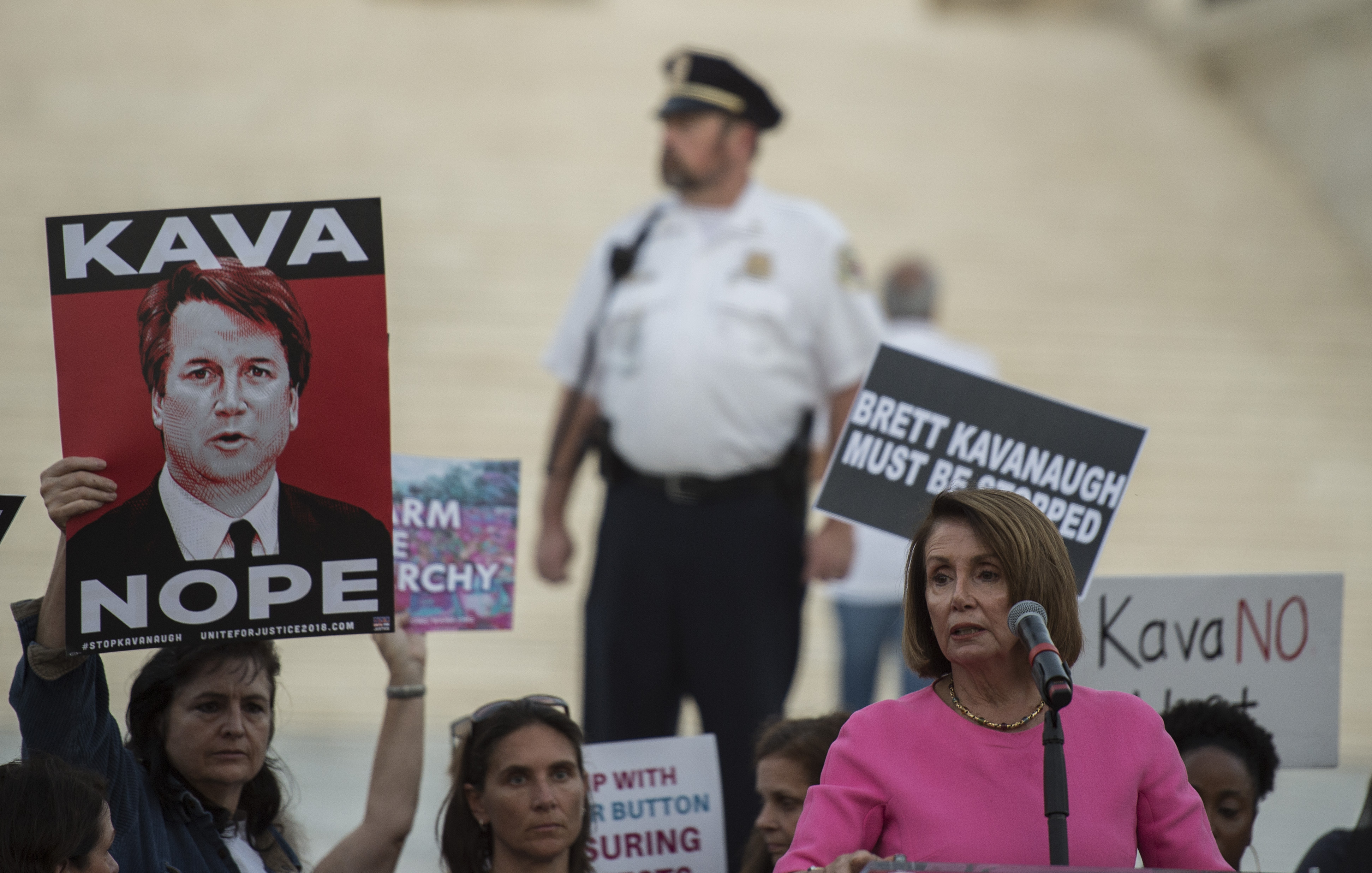 We must #BelieveSurvivors. I’m proud to stand with my Democratic colleagues in support of Dr. Christine Blasey Ford. pic.twitter.com/brXUZev23i

“This morning, I took time to watch Christine Blasey Ford’s deeply moving opening statement. Thank you for your bravery, Dr. Ford,” Pelosi tweeted on Sept. 27, 2018, accompanied by a picture of her watching Ford’s emotional testimony before Congress.

Pelosi also expressed opposition to Kavanaugh before Ford’s accusations became public, saying that Kavanaugh was likely to prevent abortion access and must not become a Supreme Court justice.

“Brett Kavanaugh has proven he cannot be trusted to defend a woman’s right to choose. We must stand united against him & the ongoing Trump assault on women’s health care,” Pelosi tweeted July 10, 2018.

She tweeted on July 17, 2018: “A vote to confirm Brett Kavanaugh is a vote to deny millions of American women the pre-existing condition protections they deserve.”

She has not responded to multiple requests for comment from the Daily Caller News Foundation regarding Reade’s allegations. The former Biden Senate staffer accused the former vice president of kissing her, touching her and penetrating her with his fingers without her consent when she worked for him in 1993.

The Biden campaign, which has not responded to many requests for comment from the DCNF, has denied the assault and said it “absolutely did not happen.” 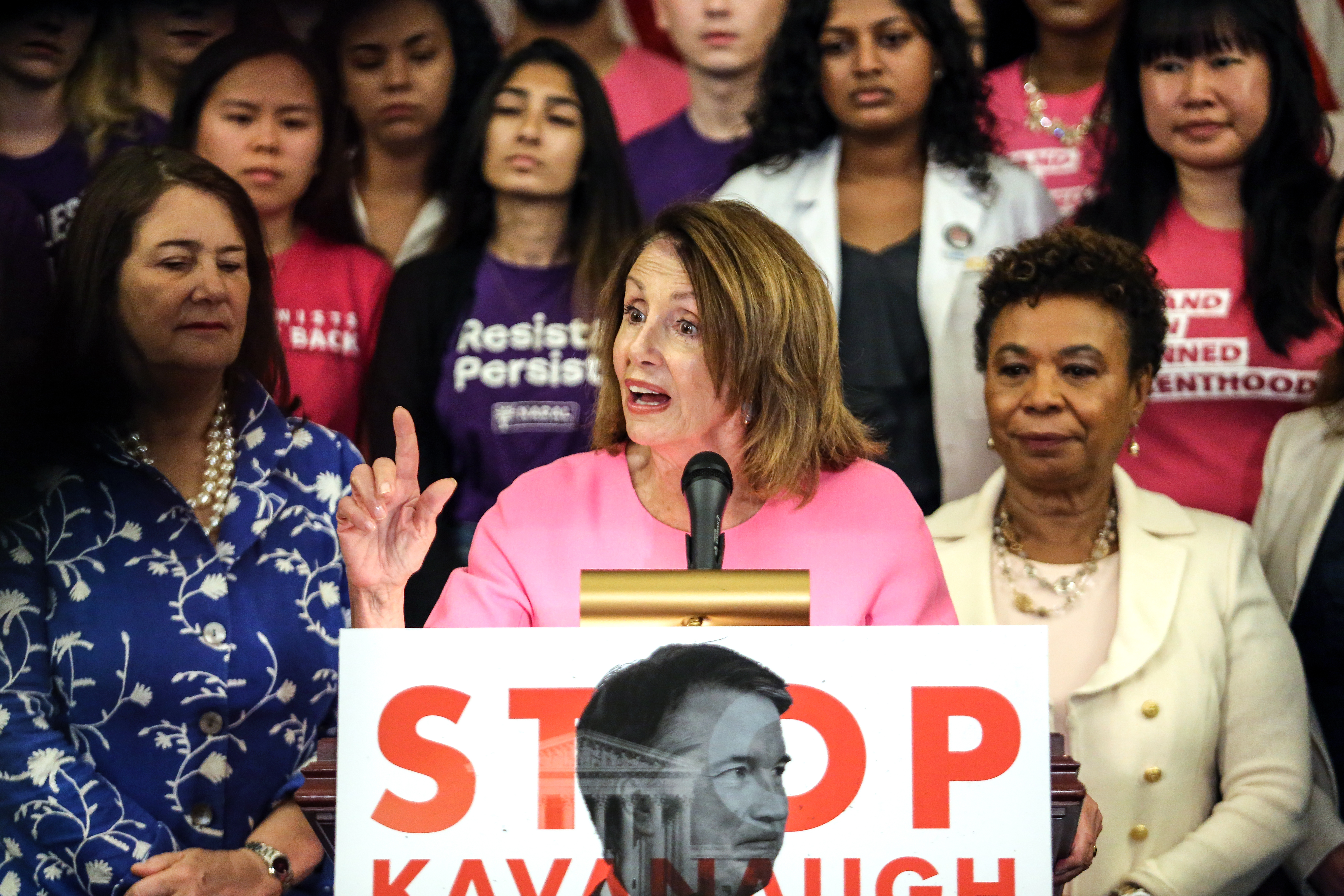 56-year-old Reade told the DCNF in a Friday interview that her sexual assault accusations have become a “partisan tool,” saying that Republicans have weaponized her and Democrats have both ignored and discredited her.

“It’s inexcusable,” she told the DCNF. “I’m sorry that I’m politically inconvenient, but my perpetrator was Joe Biden. And people need to deal with it.”

She criticized Democratic silence on her allegations, saying that though she is a third-generation Democrat with a suffragette grandmother and a Democratic activist mother committed to fighting racism, she never wishes to be a part of the Democratic Party again.

“I’m not voting in a national election,” Reade added. “There is no democracy for me. I think, in my case, that democracy died in that corridor in 1993.”

Reade does understand that Biden is a pro-abortion candidate facing President Donald Trump in the upcoming 2020 election — and that many of those who have maintained silence around her accusations are anxious to preserve abortion access in the United States. (RELATED: Here’s How Joe Biden Has Evolved On Abortion As He Attempts To Become President)

But she said that Biden has a “pretty sketchy history on reproductive rights,” pointing to the former vice president’s flip-flops on abortion stances throughout his political career. If the Democratic Party marginalizes her or discredits her, she said, this “lessens the credibility for women to come forward.”

“I’m strongly pro-choice,” she said. “I have no problem saying that. But what I would say is that sexual assault and sexual harassment are equally as important.”