The New York State Board of Elections canceled the state’s June 23 Democratic presidential primary scheduled on Monday despite receiving a request from Vermont Sen. Bernie Sanders’s presidential campaign urging the primary to take place as planned.

Officials on the board acknowledged that the move to cancel the presidential primary outright will anger some of Sanders’s supporters, but said they couldn’t justify holding the election amid the coronavirus crisis.

“What the Sanders campaign wanted is essentially a beauty contest that, given the situation with the public health emergency, seems to be unnecessary and, indeed, frivolous,” said the state elections board’s Democratic co-chairman, Douglas Kellner, who said he received thousands of emails from Sanders supporters urging the primary to move forward.

A Sanders campaign lawyer, Malcolm Seymour, sent a letter to the state’s elections board on Sunday asking them not to cancel the presidential primary.

“Senator Sanders has collaborated with state parties, the national party and the Biden campaign, to strengthen the Democrats by aligning the party’s progressive and moderate wings,” Seymore wrote, according to The Wall Street Journal. “His removal from the ballot would hamper those efforts, to the detriment of the party in the general election.”

Voters in about 20 New York counties that were slated to vote for only the Democratic nominee for president will no longer have a reason to vote in the June 23 primary, but some 42 counties that have down-ballot races for congressional and state-level positions will keep their polling places open.

Sanders dropped out of the presidential race and endorsed former Vice President Joe Biden in early April, but his surrogates are still pushing his supporters to vote for the Vermont senator in upcoming elections so that he can amass enough delegates to influence the Democratic party platform at the Democratic National Convention in July.

“In the absence of an active Bernie campaign, we are pushing folks to vote for the delegates,” Paco Fabian, the director of campaigns for Our Revolution, a dark money 501(c)(4) group founded by Sanders in 2016, told CNBC on Wednesday.

Our Revolution Chairman Larry Cohen suggested Monday he would challenge the New York delegation at the Democratic National Convention, according to The New York Times.

“Suppressing the Sanders vote in New York will again lead to attacks on the Party across the nation and harm the volunteer effort that our group and others are building for Joe Biden,” Cohen said. 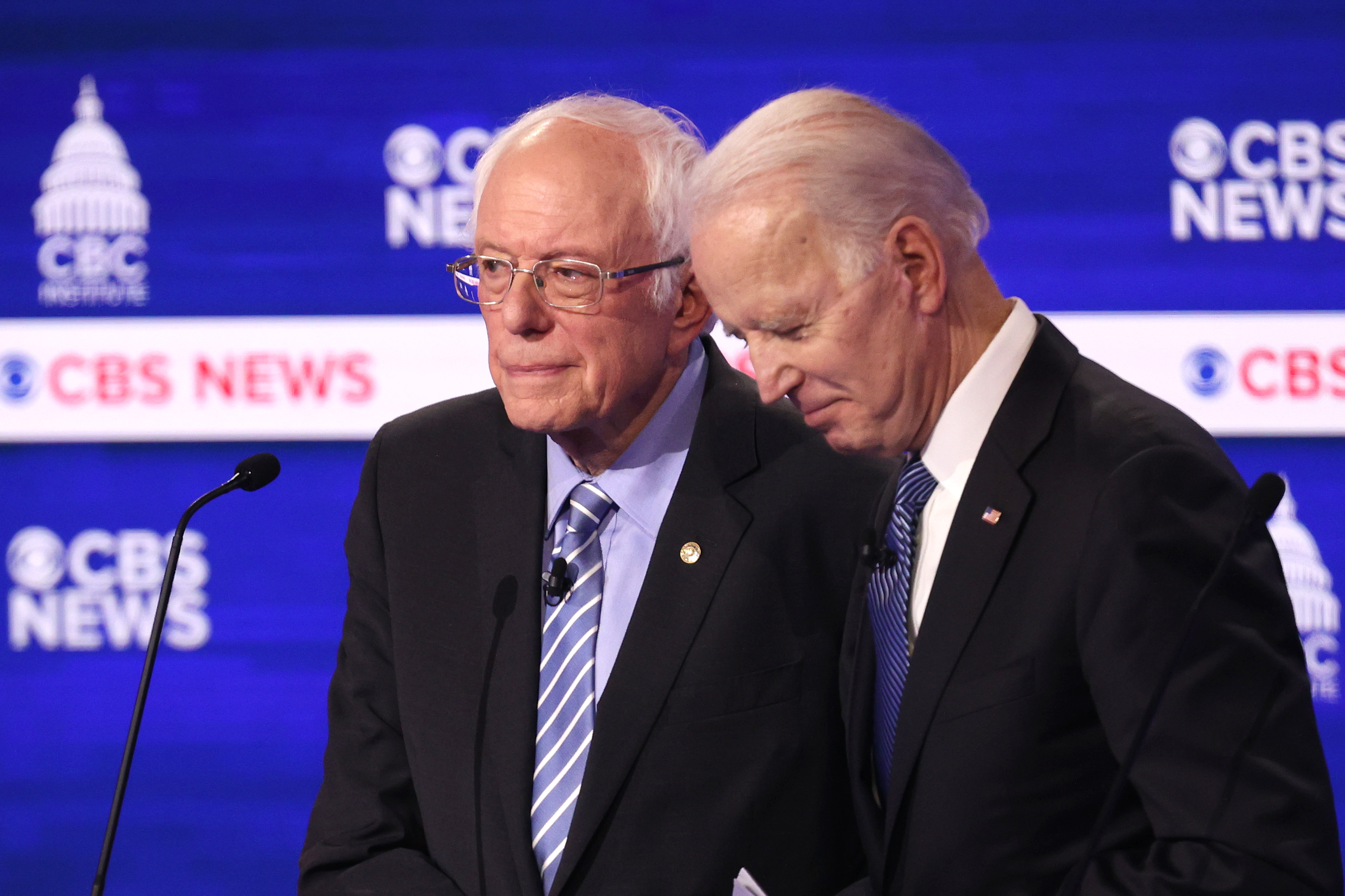 It’s unclear at the moment how New York’s 274 primary delegates will allocate following the state’s decision to cancel its primary. New York Democratic Party Chairman Jay Jacobs told TheNYT that the decision will be made by the Democratic National Committee’s rules committee.

“The DNC has been very clear; The DNC does not want to do anything that looks like we’re being unfair,” Jacobs said. “And we’re not being unfair, we’re just reacting to a global pandemic that happens to be centered in New York at the time.”

“In a situation like this, lives have to trump politics, no pun intended,” Jacobs continued.

The DNC did not immediately return a request for comment.