The group is charged with promoting more racial diversity in America’s largest city as it gradually recovers from a severe sweep of coronavirus and begins to reopen its economy, the New York Post reported. 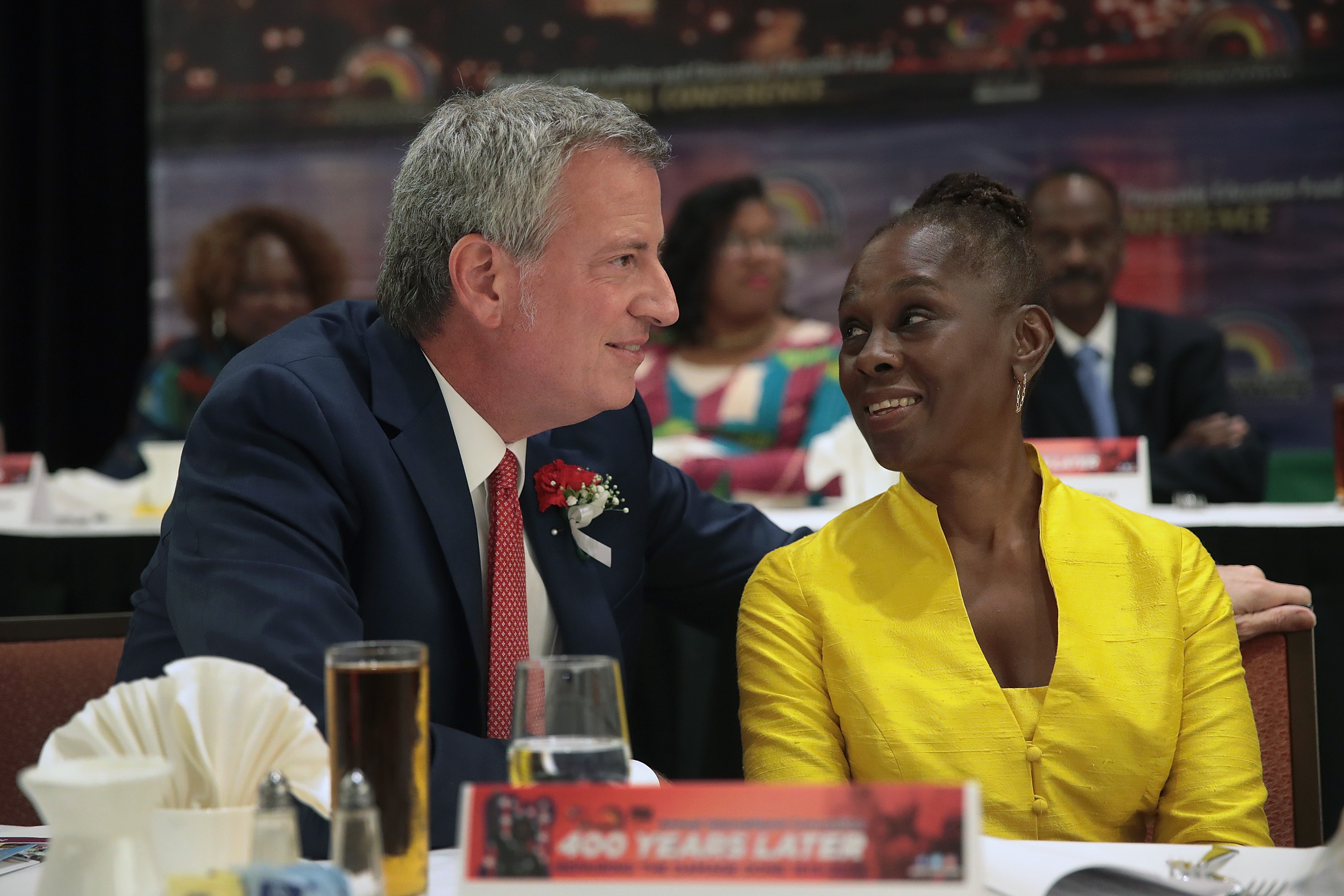 “The economic and racial disparities that have been made so clear by this crisis, we knew about them before,” de Blasio said, claiming that the the story of the Big Apple remained “a tale of two cities,” but that the COVID-19 crisis has only added “a powerful, painful exclamation point” to the situation. (RELATED: De Blasio’s Wife Reminds LGBT Youth That She Used To Be A Lesbian)

McCray is already overseeing the city’s ThriveNYC program, which has an annual budget of $250 million and is charged with assisting people in the city struggling with mental health problems, the Post noted. However, critics contend just 12 percent of it operating funds go toward its mandated mission.

The mayor’s opponents were quick to question the wisdom and legitimacy of de Blasio appointing McCray to the office.

“Chirlane doesn’t have an impressive track record running task forces or agencies,” Councilman Joe Borelli told the Post. Borelli has accused ThriveNYC of failing to address the mental health needs of the New York City Police Department that has seen its suicide rate jump among officers. (RELATED: ‘Are You Using This Crisis To Take Us Into Socialism?’ : Mario Bartiroma Confronts Bill De Blasio About NYC’ Coronavirus Response)

“This is too serious an issue to use it as profile raiser,” he insisted, obliquely referencing McCray’s potential desire to seek elected political office.

McCray alienated many New Yorkers with her selection of statues for Central Park as part of the “She Built NYC” project.