Stacey Abrams, who is being floated as the Democratic Party’s vice presidential nominee, said that Democrats must control the redistricting process in the South by 2021 in order to prevent political control by a “white conservative coalition.”

During a political conference in 2014, then-Georgia House Minority Leader Stacey Abrams spoke about the significant non-white population in the South and how it would dominate politics if people of color would participate in the voting process at greater levels. Abrams parlayed this information into a call for taking control of the redistricting process in order to prevent a “white conservative coalition” from governing the region.

“I want to frame this in a specific way,” Abrams began at a 2014 conference hosted by Power PAC, a political action group that seeks to elect candidates “who champion the issues of the multiracial majority.”

Abrams discussed the demographic breakdown of Georgia at the time — a 31% African-American population, 9% Latino and 3.5% Asian-American. However, the romance novelist added that all three populations voted at lower percentages than their overall populations.

“So we underperform in every single election. If we were to harness the existing voting strength, we would win every single statewide election every single time,” Abrams said, referring to the minority population’s potential influence over white voters.

After discussing the hundreds of thousands of unregistered African-American voters and low voter turnout during midterm election years, Abrams addressed the need for Democrats to take power in 2020 in order to control the redistricting process by 2021.

She concluded by saying it would be “dangerous” to let the South be run by white conservatives.

“I’m focusing here, but my eye is on 2021 because when we do redistricting in 2021, if we have not changed the electorate, especially in the South, we will have a majority-minority population that is governed by a minority white conservative coalition,” she told the crowd.

“And that’s the most dangerous precedent that we can possibly set for the South in the next 20 years,” she concluded.

The video was first unearthed by Patrick Howley, who writes at National File. 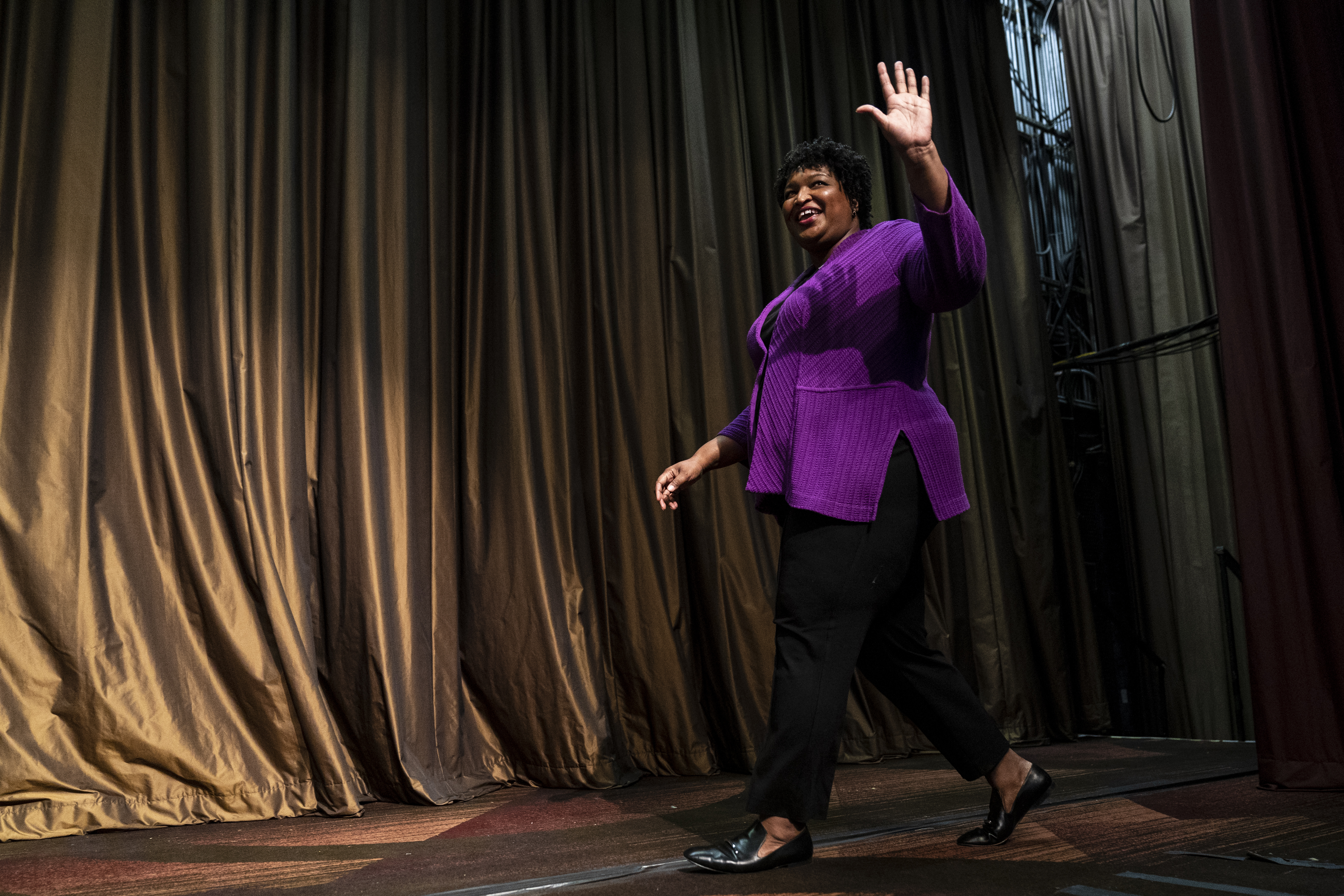 Abrams’s comments are highlighted at a time when she has risen to national prominence, mostly since she ran — and then lost — for Georgia governor in the 2018 midterms. Despite losing by nearly 55,000 votes, she has refused to officially concede the race and has claimed, without evidence, that she was the victim of intentional voter suppression.

An analysis by Politifact, for example, found “no proof” that voter suppression kept Abrams from occupying the governor’s mansion, despite her claims.

Since refusing to admit defeat in 2018, Abrams has adopted voting-rights issues as her hallmark cause.

She launched Fair Fight, a group that purportedly promotes “fair elections in Georgia and around the country,” according to its website. However, the recently unearthed comments from 2014, and statements made by Fair Fight itself, indicate that the group is primarily concerned with electing Democrats to office.