An Indian national apprehended by a Border Patrol agent on Thursday was soon discovered to be the first individual in Customs and Border Protection (CBP) custody to carry the novel coronavirus.

The unidentified Indian man, a 31-year-old, was evaluated by medical professionals and placed into quarantine after displaying “flu like symptoms.” The man ultimately tested positive for COVID-19, making him the first known detainee in CBP custody to have the disease.

CBP acting Commissioner Mark Morgan responded to the incident, and spoke about the risks CBP agents face every day during the coronavirus outbreak. 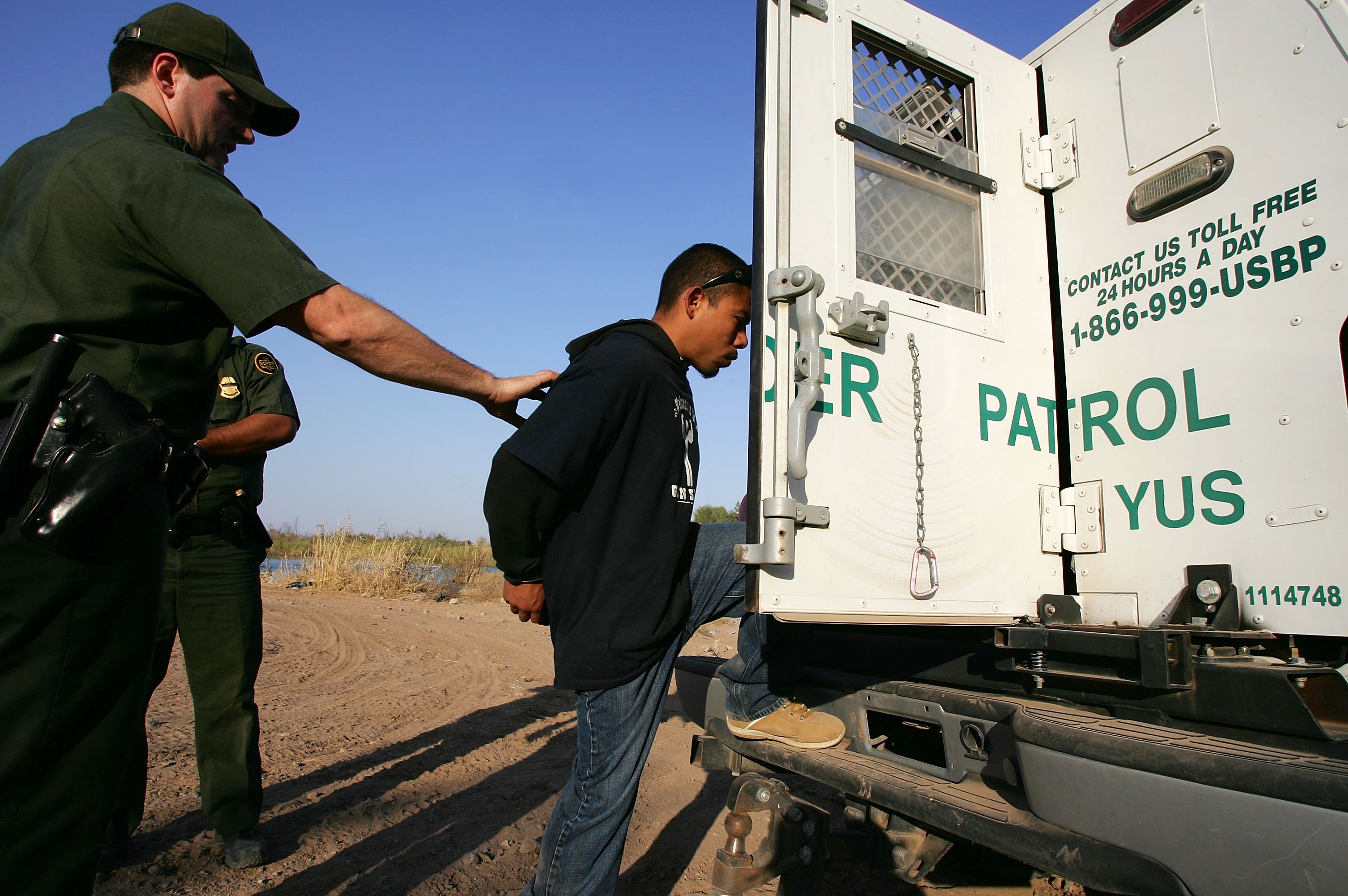 A suspected illegal immigrant is placed in the back of a U.S. Customs and Border Protection border patrol vehicle after being apprehended on the California side of the Colorado River on March 17, 2006 near Yuma, Arizona.  (Photo by David McNew/Getty Images)

“The potential for the introduction and spread of COVID-19 in CBP stations and processing centers presents a danger to migrants, our frontline agents and officers, and the American people,” Morgan said. “Our agents and officers continue to protect our country from this invisible enemy, risking their own lives for the health of our nation.”

He added: “This is precisely the reason the CDC has given CBP the authority to rapidly return individuals that could potentially be infected with COVID-19.”

CBP said it’s undergoing “contact tracing” of anyone who might have interacted with the individual, and his symptoms are being closely monitored. He has been moved to an Immigration and Customs Enforcement (ICE) facility and will continue to be treated.

The Department of Homeland Security (DHS), upon orders from the Centers for Disease Control and Prevention, first declared a ban on many forms of travel along the country’s northern and southern borders March 20. That order was extended for another 30 days on April 20.

Not only is movement though the northern and southern borders restricted to “essential” traffic, but the government has also green-lighted the immediate removal of illegal aliens. Under Title 42, illegal aliens are immediately returned, when conditions allow for such quick returns — this is how the three Mexican nationals on Thursday were quickly sent back.

Since the border closure has been put in place, illegal alien crossings along the U.S.-Mexico border have plummeted. The apprehension numbers are a far cry from the middle of 2019, when the border was overwhelmed by an immigration crisis. (RELATED: The White House Just Released The Immigration Ban. Here’s What’s Inside)

Morgan noted how far worse the coronavirus pandemic would be at the U.S.-Mexico border if the Trump administration had never gotten the crisis under control.

“Can you imagine if we were navigating this pandemic during this time last year, when we had more than 20,000 migrants in our custody?” he asked in a Monday statement. “It would have overwhelmed our processing centers and stations, and crippled the healthcare system along the border.”