A group of nearly 30 Senate Democrats is calling on the Department of Education to allow college students who entered the country unlawfully obtain coronavirus aid provided by the federal government.

Senate Democrats said the administration was “unauthorized” to make this decision in a letter addressed to Education Secretary Betsy DeVos. 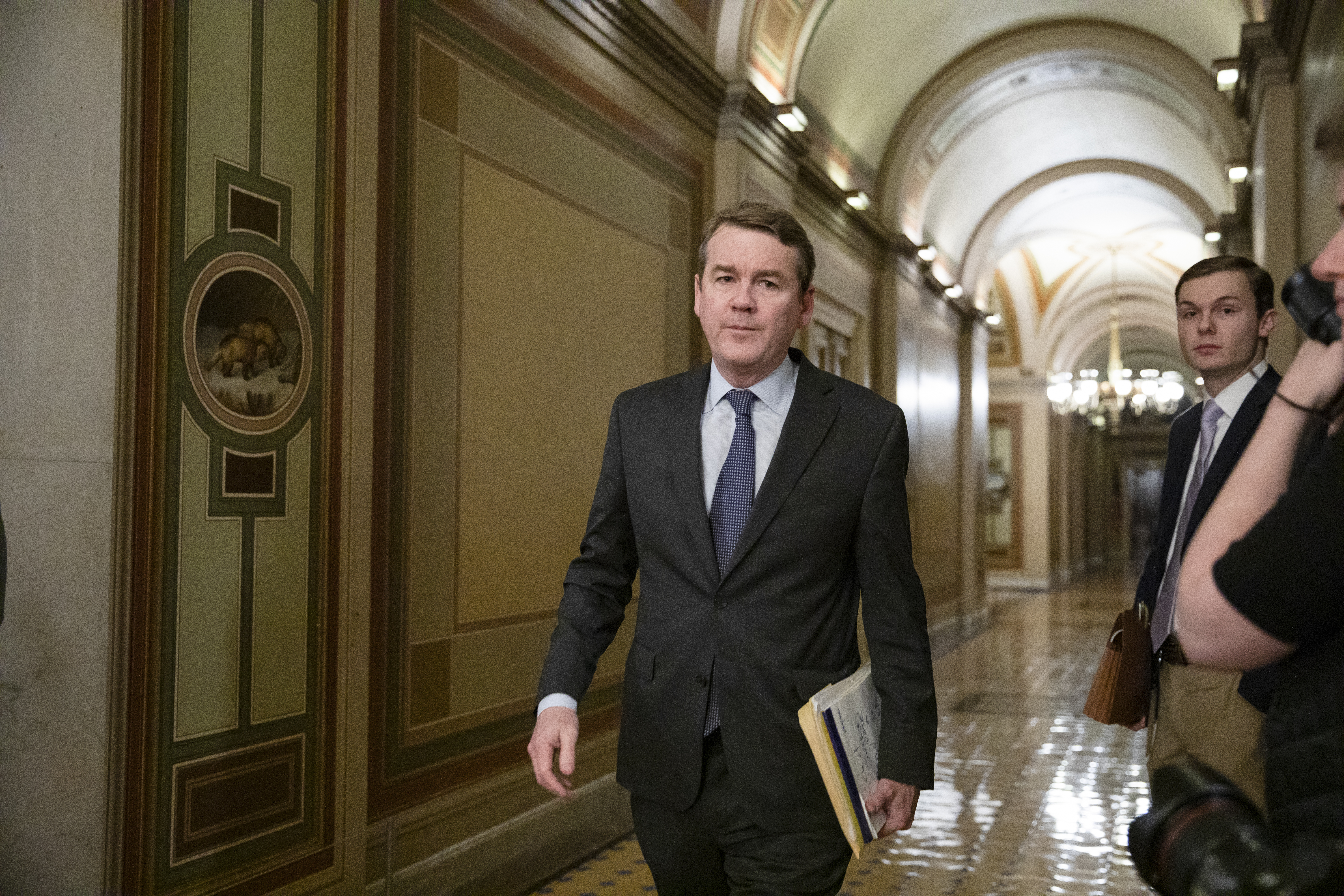 Sen. Michael Bennet (D-CO) leaves the U.S. Capitol after the Senate impeachment trial of President Donald Trump was adjourned for the day on January 29, 2020 in Washington, DC. (Photo by Samuel Corum/Getty Images)

“This decision unnecessarily harms students in need, and contradicts clear Congressional intent and the plain language of the CARES Act,” the lawmakers wrote. “We expect you to comply with the intent of the CARES Act and reverse this unauthorized decision immediately.” (RELATED: ‘Every American Should Be Afraid’: Former ICE Chief Says A Biden Victory Would Lead To ‘Chaos’ At The Border)

It continued: “These students should not be excluded from critical emergency financial aid. Indeed, those who are especially vulnerable to economic hardship are exactly whom these funds were designed to help.”

Colorado Sen. Michael Bennet, who launched a failed 2020 bid for his party’s presidential nomination, and New Jersey Sen. Bob Menendez led the group of 26 other lawmakers in requesting the administration reverse its decision.

“As students and families across the country struggle to deal with the public health and economic consequences of the COVID-19 emergency, we must work together to help all students in need, regardless of immigration status,” the letter concluded. “We, again, urge you to immediately reverse your decision to exclude DACA recipients from CARES Act emergency financial aid grants to students.”

This is far from the first time Democratic lawmakers have called on the government to provide coronavirus assistance to those who entered the United States illegally.

Fifty House Democrats, for example, have given their support to the Leave No Taxpayer Behind Act which, if passed into law, would allow illegal aliens to tap into the funds provided by the CARES Act. Democratic leaders in Chicago and Minneapolis have also allocated state funds for those living unlawfully in the country.

California Gov. Gavin Newsom announced earlier in April that his administration will hand out $125 million in coronavirus assistance to roughly 150,000 illegal alien adults living in the state, and he has already established a fund for businesses run by undocumented immigrants.

The fate of the DACA program — which the White House is trying to terminate — rests in the hands of the Supreme Court, with a decision expected sometime in the summer.