President Donald Trump on Tuesday said his administration has been in touch with airline companies about testing international travelers arriving in the United States.

Speaking at the Oval Office with GOP Florida Gov. Ron DeSantis, the president said he might soon mandate COVID-19 testing of people entering the country via international flights, according to a report from Bloomberg, adding that the administration is “looking at it very closely.”

When asked if he meant temperature checks of passengers or full-blown diagnostic tests, Trump answered “both.”

“We’re talking to the governor, we’re talking with others also that have a lot of business coming in from South America, Latin America, and we’ll make a determination,” he said Tuesday at the White House, sitting beside DeSantis. “We’re also setting up a system where we do some testing and we’re working with the airlines on that.” 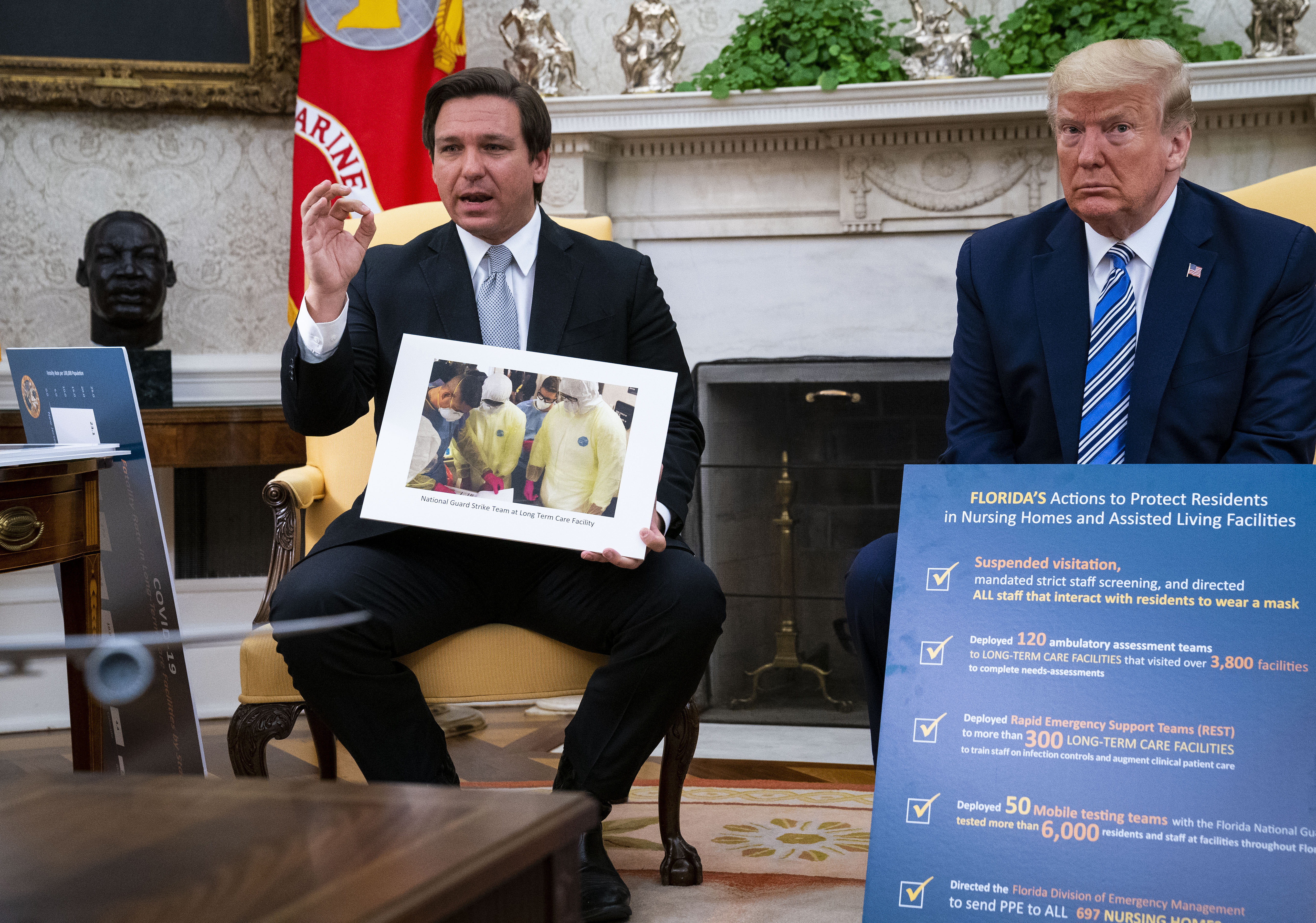 Florida Gov. Ron DeSantis (L) speaks while meeting with U.S. President Donald Trump in the Oval Office of the White House on April 28, 2020 in Washington, DC. (Photo by Pool/Getty Images)

While Trump said he is not mulling a block on travel from Latin America, he did nudge the Florida governor to let him know if further restrictions would be beneficial in the fight against the virus outbreak. Both Trump and DeSantis are concerned about incoming travelers who arrive from coronavirus hotspots in South America, and specifically mentioned Brazil.

“We could be way on the other side doing well in Florida and then you could just have people kind of come in,” DeSantis said, adding that he has pushed for rapid testing of airline passengers.

“Maybe some of these airliners, it should be on them to check before they’re getting on and coming to this country,” the governor said. “I think we’re technologically more advanced where there should be something like that. So I’ve been advocating for that.” (RELATED: Border Patrol Arrests Illegal Migrant Who Tested Positive For Coronavirus)

Talk of testing international airline passengers came as the infection rate in the United States continues to climb.

In an attempt to mitigate the outbreak, the Trump administration has restricted immigration along the northern and southern borders to only “essential” traffic, and has since issued an executive order that restricts green card applications from foreign nationals living abroad.