A majority of Americans supports a temporary ban on immigration into the United States as a means to stop the spread of coronavirus, according to a poll released Tuesday.

A poll conducted by The Washington Post and University of Maryland found that Americans not only strongly support state-imposed restrictions on public gatherings and businesses to mitigate the COVID-19 outbreak, but also favor a moratorium on immigration similar to the order issued by President Donald Trump.

The survey found that 65% of Americans back a temporary ban on almost all immigration into the United States during the coronavirus pandemic, with only 34% opposing such an order.

The White House touted the poll’s findings in a statement to the Daily Caller News Foundation. 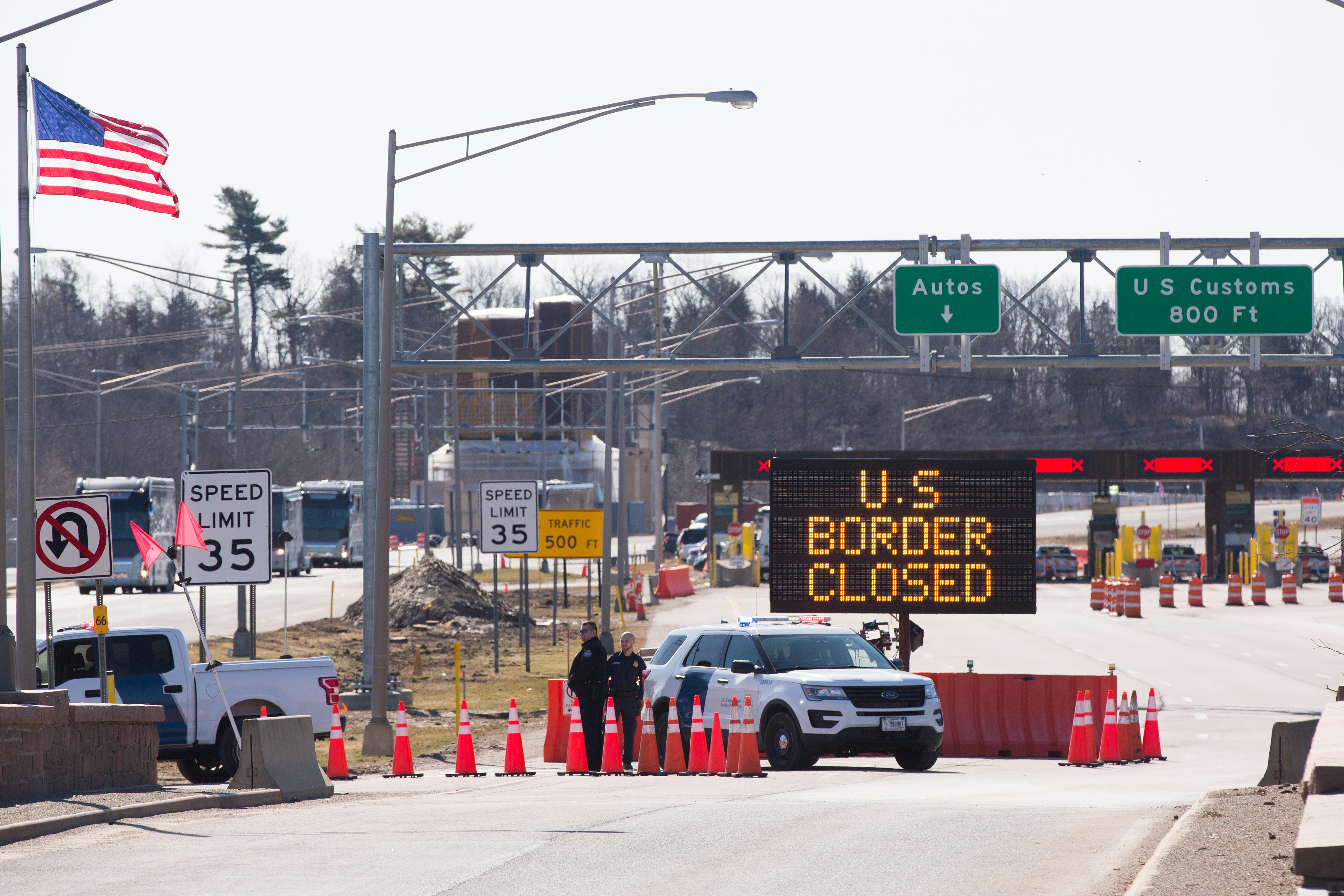 US Customs officers stand beside a sign saying that the US border is closed at the US/Canada border in Lansdowne, Ontario, on March 22, 2020. (Photo by Lars Hagberg / AFP) (Photo by LARS HAGBERG/AFP via Getty Images)

“The American people clearly stand with President Trump as he takes action to protect American workers and ensures they are the number one priority as we begin to revitalize our economy,” an administration official said Wednesday to the DCNF.

A professor involved with the making of the survey said he was shocked about its findings.

“One of the most surprising results is that majorities of 18- to 29-year-olds, who tend to be more open to immigration and have a more global perspective, support the proposal to block immigration,” Michael Hanmer, a professor at the University of Maryland who co-directed the poll, told WaPo. “One way for people to deal with the reality that so many scientific and policy questions have yet to be answered is to look to concrete solutions.”

Unsurprisingly, support was not even among Republican and Democratic voters.

GOP voters favored an immigration moratorium by 83%. Democrats, on the other hand, were split dead even on the issue, with 49% expressing support while 49% opposed such a measure.

Independents also heavily favored the idea, with 67% of respondents saying they supported a ban.

The survey was notably taken after Trump announced that he would issue a temporary ban on all immigration, but before the exact details of that order was publicized.

The president tweeted on April 20 that he would soon sign an executive order banning immigration into the United States. The administration released that order two days later, which temporarily suspends many green card applications from foreign nationals living outside the country.

The Trump administration, in coordination with the Canadian and Mexican governments, has also blocked all “non-essential” traffic between the northern and southern borders. This border closure order also includes the immediate return of all migrants who illegally cross into the country. (RELATED: Trump Administration Extends Travel Ban On Mexican Border For Another Month)

This isn’t the first time a survey has found strong support for immigration restrictions to fight COVID-19, particularly among minority groups.

A USA Today/Ipsos poll conducted on April 9 and 10 found that a whopping 71% of non-white respondents support a ban on immigration as a means to fight the coronavirus pandemic, a notable result given many critics of the White House have said that Trump’s immigration moratorium is xenophobic.

The Washington Post-University of Maryland survey was conducted from April 21 to 26, and included a random sample of 1,008 adults across the country. The poll overall includes a sampling error of 3.5 percentage points.