A California woman says her freedom is being threatened because she organized a rally.

“This is about us locking is in our home,” Soria said, referring to shelter-in-place orders.

The state of California, San Diego County and the city of San Diego all enacted shelter-in-place orders which included social distancing rules.

“I planned a rally, a grassroots organic movement,” Soria said. “It was at the hall of justice in San Diego.” 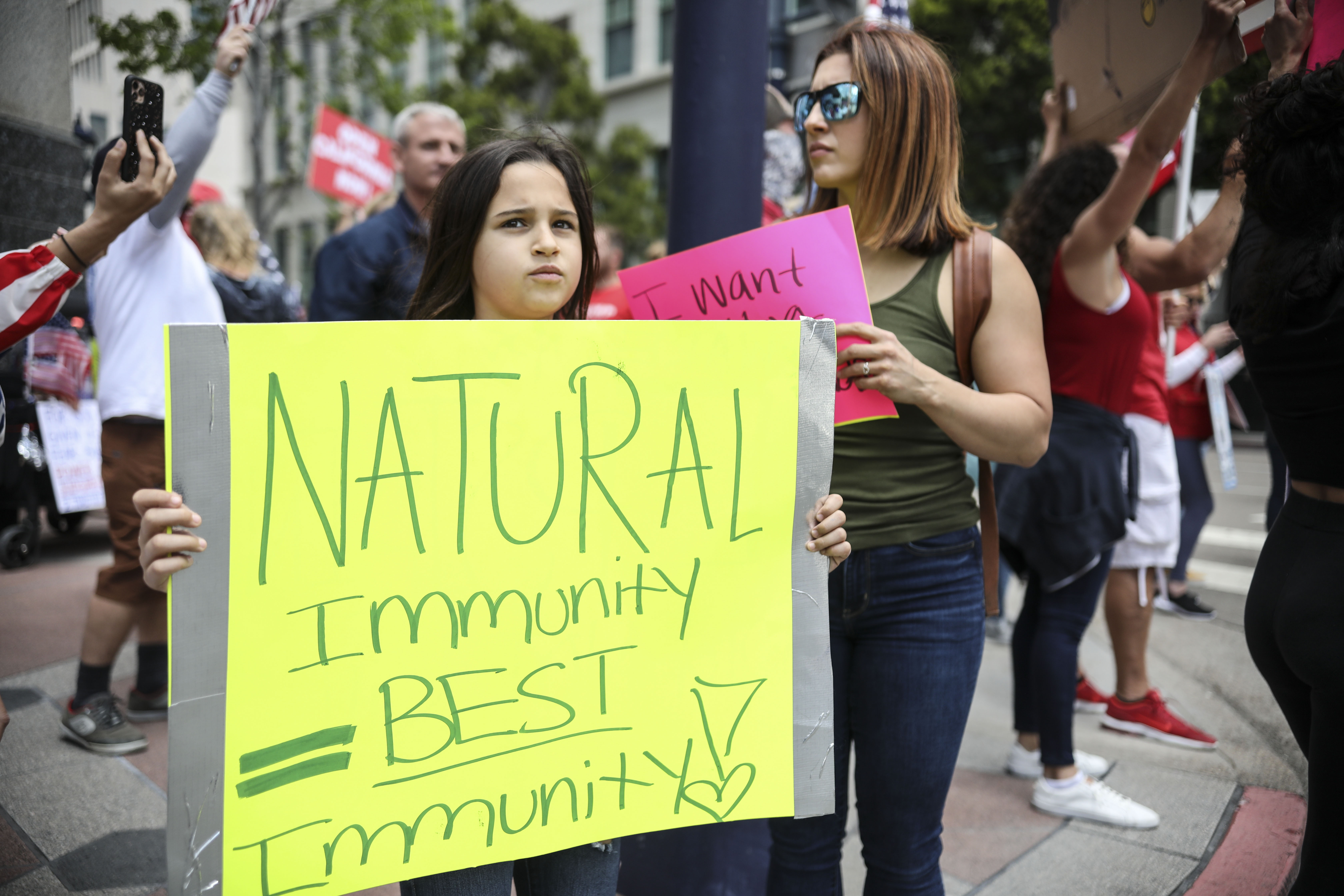 Soria said she planned two rallies: one April 19 and a follow-up April 26. There were questions as to whether the protests violated the shelter-in-place orders.

Soria’s attorney, Mark Meuser, said when he first spoke to law enforcement, they told him that her protests were constitutionally protected.

“Shortly after that, the mayor made some derogatory comments,” Meuser said.

“Make no mistake,” Parris posted April 22 on Facebook, “people who deliberately violate the social distancing laws, and the laws requiring

In an interview with the Caller, Mayor Parris reiterated the point: “If you violate the laws about social distancing, you should be arrested.” that we all wear a mask, will be identified, arrested, and prosecuted.”

However, Parris did not think his remarks had changed Soria’s circumstances. “I don’t think I had anything with the situation,” he said, “but if I did, I’m proud of it.”

Soria herself said she was not sure how much of a role the comments had in the police changing their mind.

But Meuser said that, shortly after Parris’ comments, he spoke again with the police.

“The police told me that they had filed a warrant for her arrest,” Meuser said of a second call he had with San Diego Police.

A spokesperson for the San Diego Police Department would only say this about the investigation: “It’s for the COVID-19 thing, for social distancing.”

The spokesperson declined further comment, saying that the file had been given to the San Diego City Attorney.

An email to Hilary Nemchik, the director of communications for the San Diego Office of the City Attorney, was left unreturned.

Soria has not been detained or arrested, but is waiting to see if the attorney’s office will file charges. Meuser said he has not seen a police report or other records, so the potential charge remains a mystery.

“Because no official paperwork has been produced, I am not sure what the warrant is for,” Meuser said.

He told the Caller he believes the violation would be for failure to obey the order of a public health official.

That offense carries a fine of up to $1,000 and jail time of up to 90 days. Meuser said, since Soria planned two events, this means she’s facing as much as six months in jail. 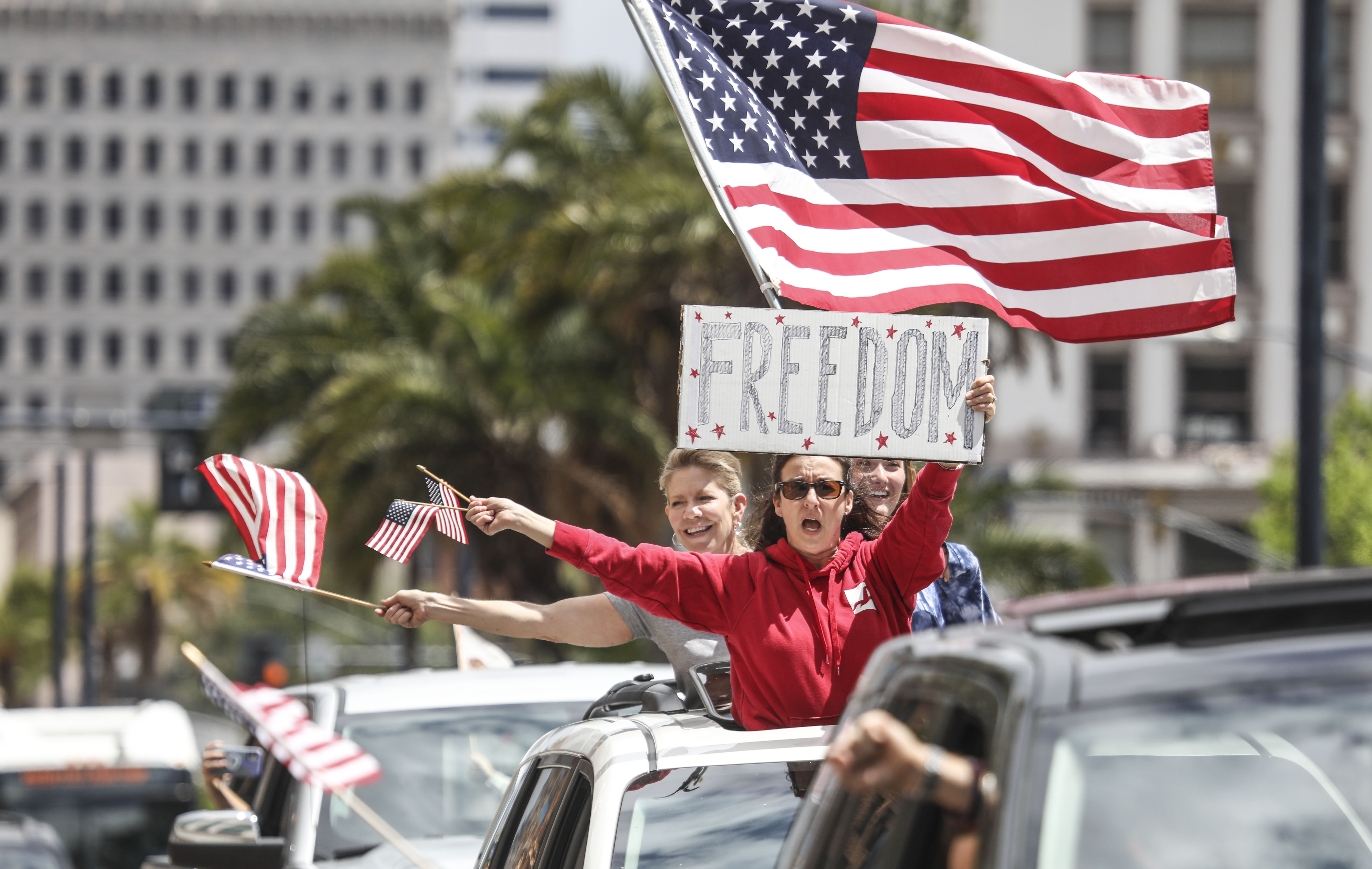 Meuser said in his opinion a state of emergency does not give governments the right to violate constitutional rights. (RELATED: Apr. 28: Brit Hume Cites Two Reasons Why The Case For National Lockdown Is Getting ‘Weaker And Weaker’.)

“This goes against my first amendment rights,” Soria said in agreement. “The Constitution is the supreme law of the land.”

Meuser also noted that when the San Francisco city government tried this previously courts struck their actions down.

“Nine people died of bubonic plague in San Francisco in 1900,” Meuser said. “The city of San Francisco tried to lock down Chinatown. The court said, ‘You don’t have the right to deprive citizens of their rights.'”

Soria said the lockdown has put her in a tenuous financial position.

“I’m a caregiver and I was working through Care.com,” Soria said. “Nobody’s hiring for caregivers right now.”

She received the $1,200 stimulus, but she does not qualify for any other funds.

“I can’t pay my bills,” she said. Additionally, since her name has been attached to the protests, her safety has been threatened.

“People are calling me a terrorist,” she said. “Now, I have death threats.”

“What they’re trying to do is instill fear in me,” she concluded.