Democratic Michigan Gov. Gretchen Whitmer has enacted some of the most stringent coronavirus restrictions in the country, even banning people from traveling within the state to see their friends and families. Protesters held up signs comparing Whitmer to Adolf Hitler, as Republican lawmakers were voting to sue her over the orders. (RELATED: Poll: Majority Of Republicans Say It’s Time To Go Back To Work) 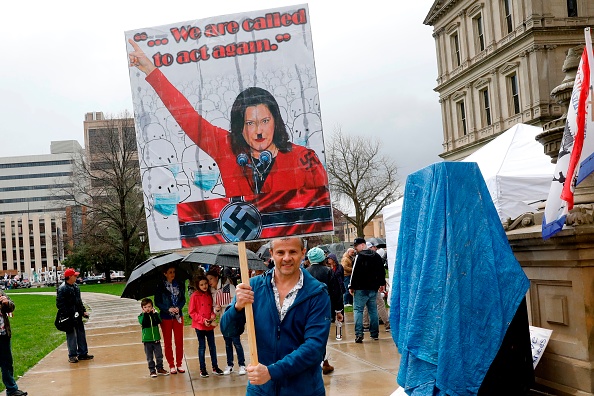 A protestor with a sign that has Michigan Gov. Gretchen Whittmer depicted as Adolph Hitler (Photo by JEFF KOWALSKY/AFP via Getty Images)

Many of the protesters donned “Make America Great Again” hats, and could be heard loudly chanting “let us in,” demanding to be allowed into the state House.

Many of the protesters were also carrying guns, which is allowed since Michigan is an open carry state. Some Democratic politicians, including California Rep. Eric Swalwell, and New York Rep. Alexandria Ocasio-Cortez criticized the protesters for bringing firearms into the capitol. (RELATED: Authoritarianism On The Rise In America In The Age Of Coronavirus) 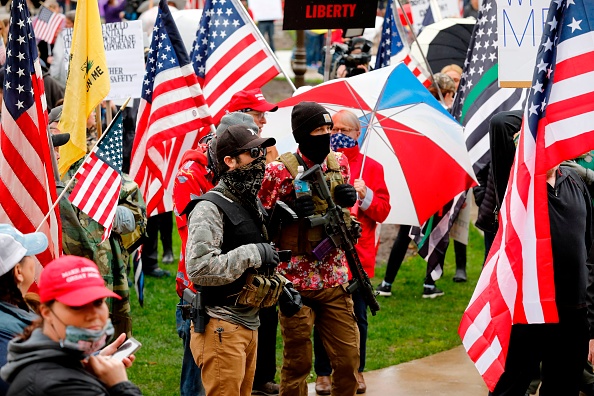 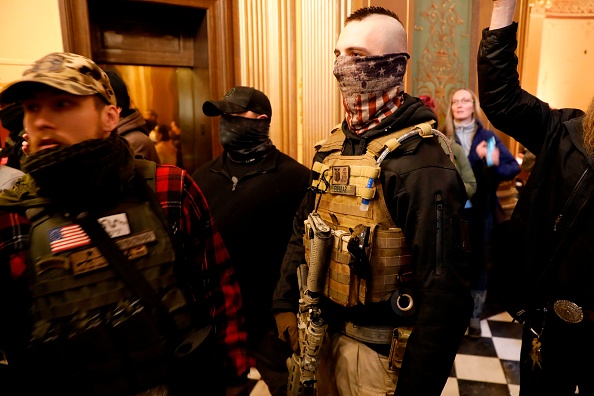 The Republican-controlled state House voted to authorize a lawsuit against Whitmer on Thursday, accusing her of violating Michigander’s constitutional rights. Despite protests against her orders, Whitmer has stood her ground, and stated last week that she would not sign legislation produced by the Republican-controlled legislature that reigned in her powers.

“I’m just going to reiterate for — I don’t know how many — the umpteenth time, I’m not going to sign any bill that takes authority away from me or from any future governor,” Whitmer said. “The powers of the executive office are incredibly important, especially in times of crisis where lives are on the line.”