Republican Florida Rep. Matt Gaetz introduced legislation that, if signed into law, would require all illegal aliens under U.S. custody to be deported when the government declares a national emergency due to a communicable disease.

“It is unconscionable that at a time when we should be working together as Americans, Democrats are working to socially engineer our country and advance their legislative priorities,” the Republican lawmaker said in a statement first shared with Fox News on Wednesday.

He continued: “The PANDEMIC Act puts Americans first by requiring that all illegal aliens be deported during a pandemic, ensuring our resources are used to benefit and protect American citizens.”

The Protect American Nationals During Emergencies by Mitigating the Immigration Crisis Act, or PANDEMIC, was introduced in response to legislation filed by New Jersey Sen. Cory Booker and Washington Rep. Pramila Jayapal — both Democrats — that called on federal immigration authorities to release detainees and stop targeting illegal aliens who are believed to not pose a substantial public safety risk. 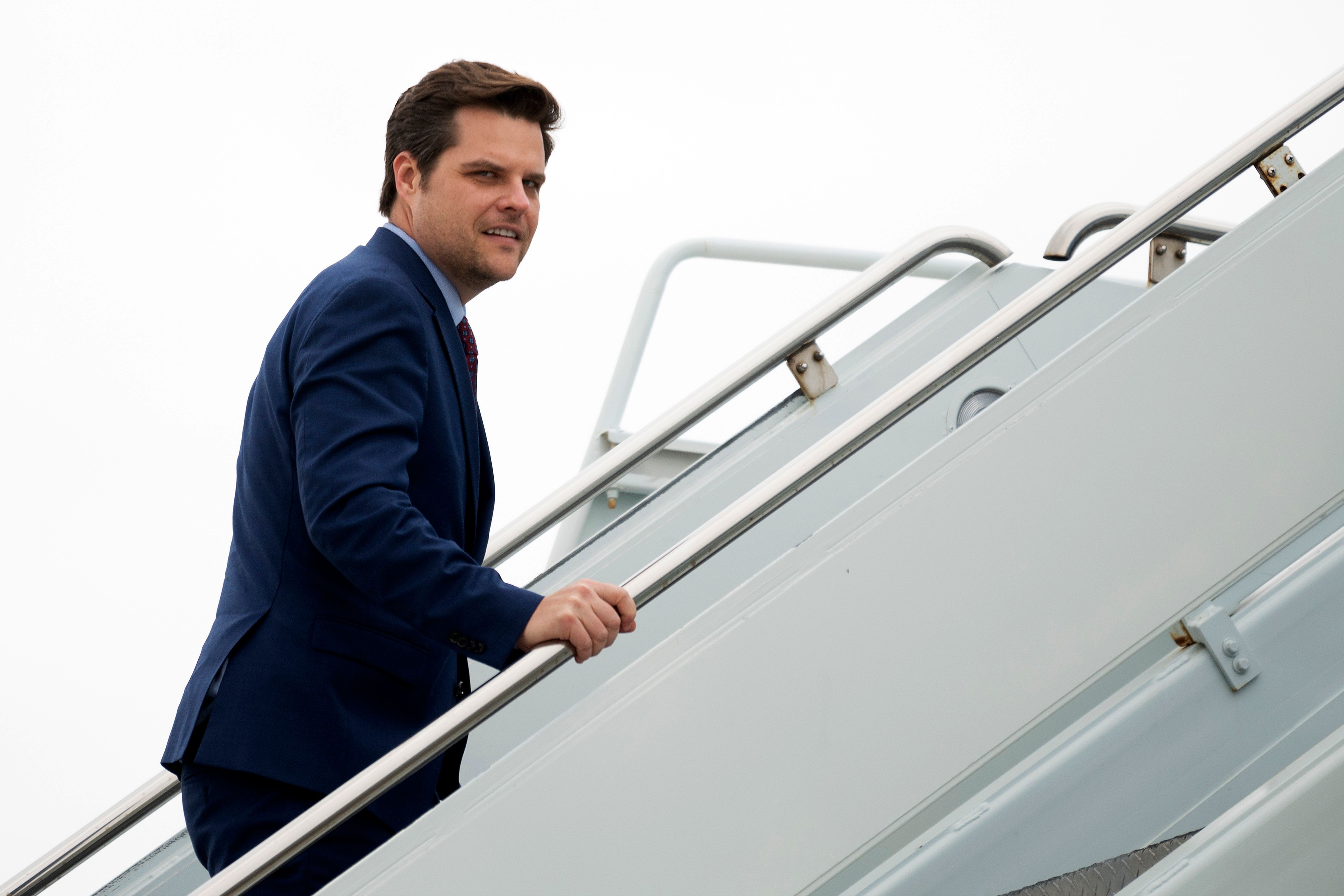 That was not the first time Democratic lawmakers in Washington, D.C., have asked federal authorities to scale back their operations amid the coronavirus pandemic. A group of House Democrats, led by Minnesota Rep. Ilhan Omar, requested Immigration and Customs Enforcement (ICE) in March freeze all deportations in response to the virus.

Gaetz pointed to the actions taken by the Mexican government, which has nearly repatriated all of the illegal aliens in its custody to remove the likelihood of migrant detention centers becoming hotbeds for outbreaks.

“I think we should love our country at least as much as Mexico loves theirs,” the Florida lawmaker said.

The Trump administration, in some ways, has scaled back its immigration enforcement efforts. ICE announced it would focus more on individuals who pose a greater public safety threat, and the agency has released hundreds of immigrants at risk of coronavirus complications. (RELATED: ICE Scaling Back Enforcement Operations Amid Coronavirus Pandemic)

At the same time, the administration has increased enforcement operations in other areas. The Department of Homeland Security, for example, has closed the northern and southern borders off to all “non-essential” traffic, immediately turning back illegal entrants, and President Donald Trump has threatened visa sanctions on any country that refuses to accept deportees from the United States.