Coronavirus saddled the Trump administration and the Federal Emergency Management Agency (FEMA) with a near impossible task.

“Under the leadership of President Trump, Project Airbridge is a temporary solution devised to accelerate the delivery of personal protective equipment and critical supplies to where they are needed most,” Polowczyk explained. “Recognizing that the Strategic National Stockpile alone could not sustain all state, tribal, and territorial requirements for supplies, the federal government has enabled American industry in order to fill the gap.”

Daily Caller first reported on Air Bridge in late March when it was launched. Polowczyk explained in an expansive interview FEMA’s four-pronged approach, which covered Project Air Bridge’s flight plans and how FEMA would coordinate PPE production under the Defense Production Act.

Still, the media has not yet painted the entire picture of what the program has accomplished to date. Documents reviewed by Daily Caller show that, after the first month of operation, Air Bridge has completed 95 PPE shipments from overseas, containing more than 768,000 N95 respirators, more than than 751 million gloves, 71.5 million surgical masks, 10 million surgical gowns, more than 2.1 million thermometers, more than 560,000 face shields, more than 195,000 coveralls and 109,000 stethoscopes. 22 additional shipments are currently on the schedule with plans to add even more in the future.

50 percent of all PPE shipped by Air Bridge goes directly toward fulfilling requests from state and local governments, the so-called hotspots of the American pandemic. The remaining 50 percent is put back into distributors’ normal supply chains for nationwide distribution.

Pressed by the Caller on how importing much needed PPE from other countries could adversely impact those populations similarly struggling with coronavirus, administration officials noted one of Air Bridge’s unique aspects. The program isn’t simply “vacuuming up” the existing global supply of PPE — as White House Director of Trade and Manufacturer and DPA coordinator Peter Navarro has repeatedly accused China of doing.

“Over 2 billion masks, depriving public healthcare workers around the world from the defenses they need, and today China is profiteering basically from this situation,” he stated during a recent interview. “We have to hold China accountable and now China is even flooding us with these bad tests.” 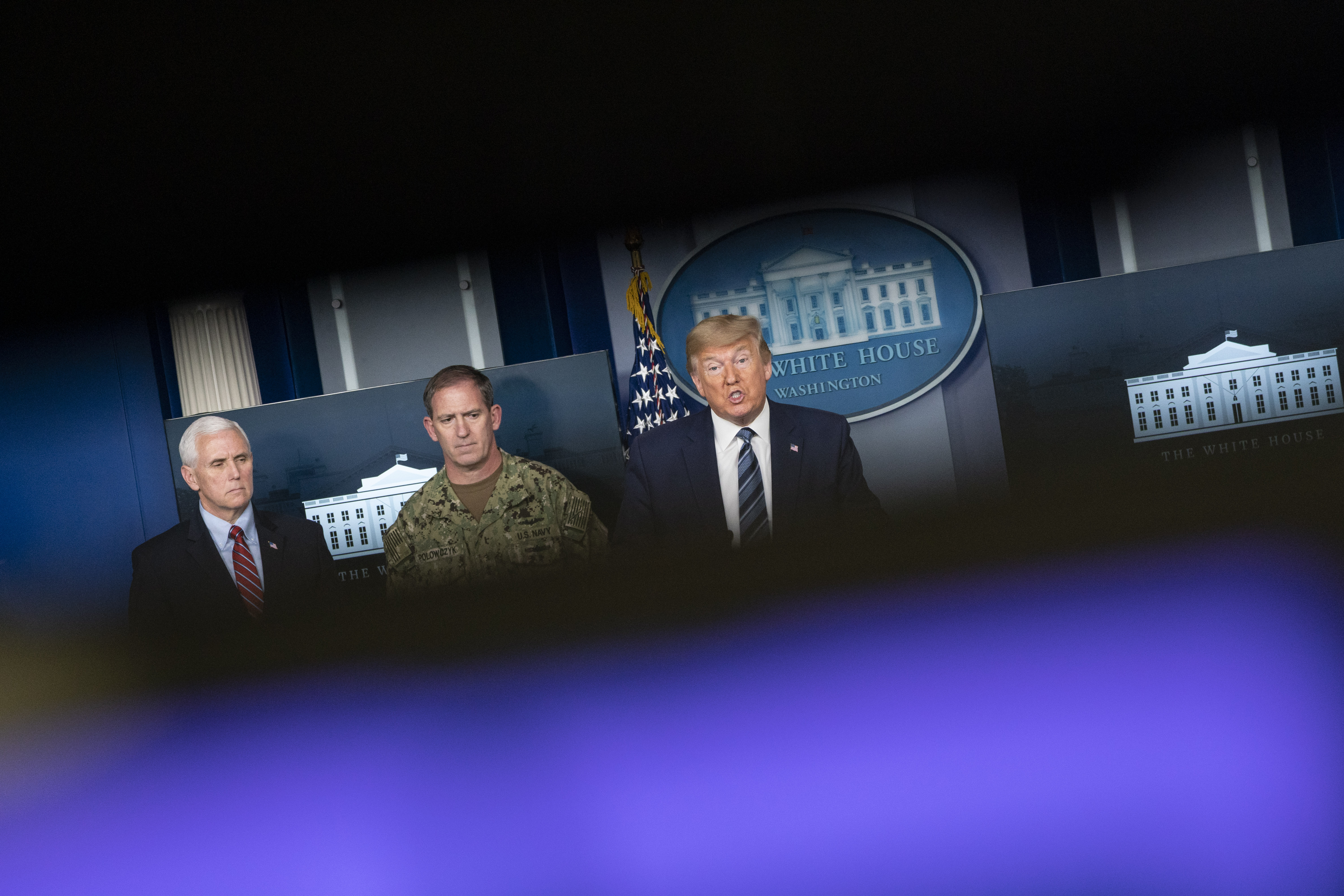 Instead, FEMA is footing the bill for and expediting transportation of new orders from manufacturers. FEMA data shows that Air Bridge transports PPE to hotspots 9 times faster than traditional shipping methods and has cost the agency billions of dollars to complete.

“We’re not taking these supplies from other countries, but using Air Bridge to manufacture PPE in other countries that already distributors with factories in place,” one official explained. “The SNS was never going to be able to fulfill all of these requests, which is why Project Air Bridge is a key element.” (RELATED: Here’s Why The Coronavirus Outbreak Might Lead To A Resurgence In US Manufacturing)

The severity of the current supply problem is highlighted by a simple fact: coronavirus marks the first time in U.S. history that all 50 states, the District of Columbia, and the majority of U.S. territories have issued emergency declarations approved by the federal government. Administration officials added that Air Bridge isn’t the only program addressing the problem, and that the Department of Defense, U.S. Agency for International Development, Department of Veterans Affairs, Internal Revenue Services, Food and Drug Administration, and even the U.S. Postal Service are all coordinating with FEMA to donate and deliver PPE to communities across the country.

“I’m speaking candidly,” he told NBC’s Savannah Guthrie. “I called the president personally and said we need more swabs for specimen so we can increase testing capacity. They were delivered the next day.”

Watch @savannahguthrie’s full interview with @GavinNewsom about where things stand in California, his fear about moving too fast, and the possibility of starting the next school year early. pic.twitter.com/xCWexfNsQW

Still, Polowczyk and the administration know they must continue with these initiatives to make sure the U.S. doesn’t face the same challenges posed by coronavirus in potential future emergencies.

“President Trump’s declaration of a national emergency helped spark industrial innovation,” he told the Caller. “He has invoked the Defense Production Act to ramp up manufacturing efforts in the U.S. and mitigate supply shortages from abroad, and implemented Project Airbridge which facilitates the distribution of medical supplies in short supply to locations where they are needed most.”

“We will continue to build the needed capacity to stabilize the supply chain.”