Three Maryland Republican lawmakers are suing Republican Gov. Larry Hogan over the constitutionality of the state’s stay-at-home order after one lawmaker was allegedly threatened with arrest after speaking at a rally, numerous sources reported.

Delegate Dan Cox is joined by 18 plaintiffs in the lawsuit, which was filed Saturday in U.S. District Court in Baltimore. Cox argues in court papers that he was warned by a senior law enforcement official that if he spoke at a Reopen Maryland rally in Frederick County, he could face arrest, according to Fox 5.

“Threatening a legislator with arrest for exercising his first amendment right to free speech is not only unconstitutional, it is wrong,” Maryland state delegate and congressional candidate Neil Parrott, one of the plaintiffs in the lawsuit, said according to Fox 5.

“We live in a Republic, and I want to make sure that no one person in Maryland or in any other state of the nation should be able to have unchecked power,” he said. 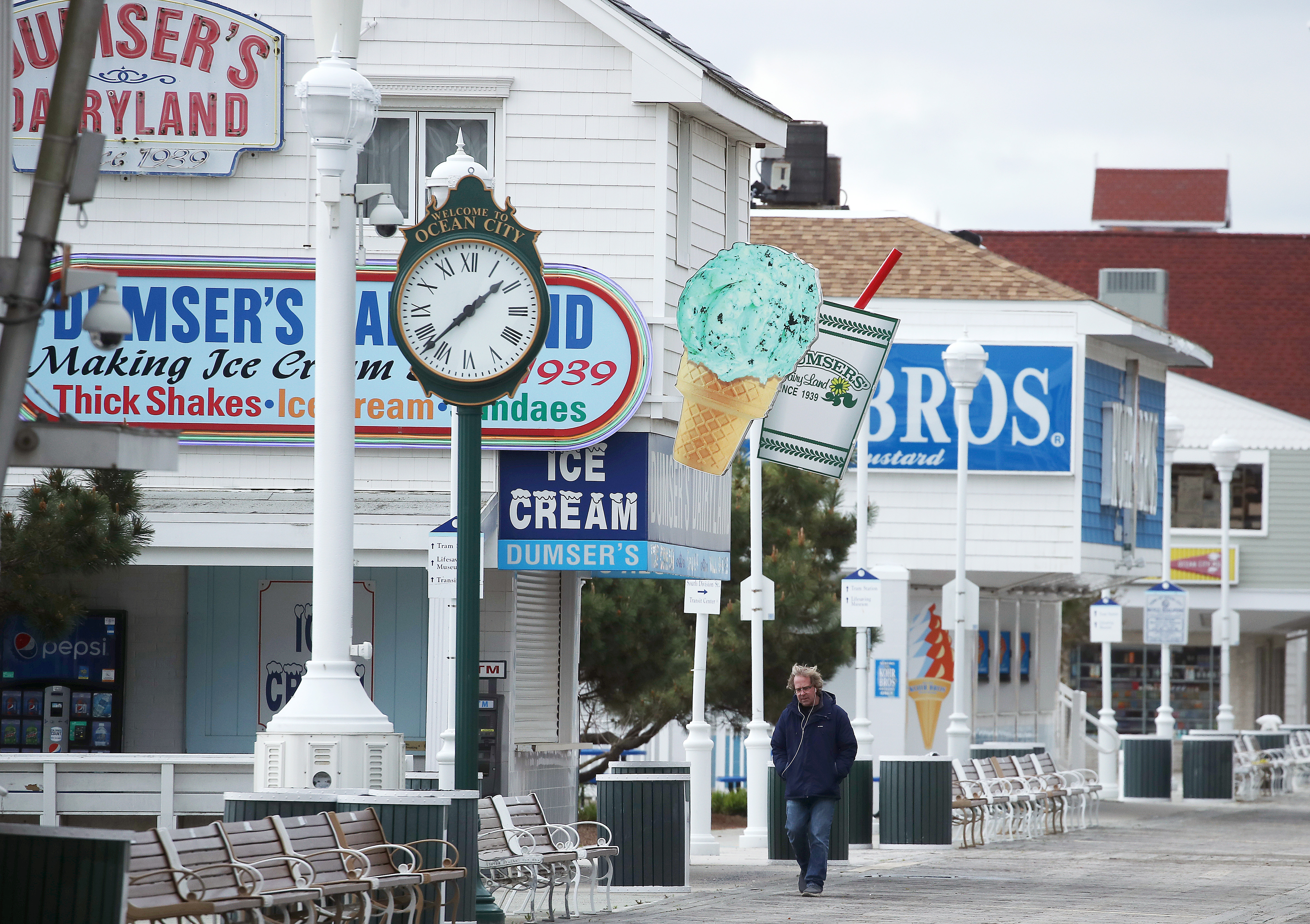 A man walks along the empty boardwalk on April 27, 2020 in Ocean City, Maryland. (Photo by Mark Wilson/Getty Images)

Cox said he contacted the governor’s office before the rally, hoping to receive relief, but Parrott says Cox continued to be threatened should he attend. (RELATED: Maryland Gov. Larry Hogan Negotiates Deal With South Korea For 50,000 COVID-19 Test Kits)

“Delegate Cox was then warned by a senior law enforcement official that the ‘Governor has his sights on you’ and that if I attend, ride along and speak at the Reopen Rally, I would potentially be arrested because certain individuals had indicated they may stop cars ‘and arrest you,’” said the lawsuit, which was sent by Parrott’s office to the Daily Caller.

Gatherings of more than 10 people have been prohibited in Maryland since March 19, and Hogan recently began mandating residents wear masks or face coverings in stores and on public transit.

Parrott said there are “two Marylands right now. Some families are still getting paid by their employees even while at home, while others are not allowed to work and their financial situation is desperate,” The Baynet reported.

“Governor Hogan is trying his best and may have some good solutions, but even so, new laws like an edict ordering that masks must be worn need to come from the legislature, not the executive branch,” Parrott said. “I could not in good conscience sit idly by to watch our freedoms be taken away and to allow this to become precedent for future ‘emergencies’.”

“Rather than a careful balancing of liberties and natural rights of all, Governor Hogan has disregarded those persons’ rights he deems are not ‘essential’, a pattern and practice already found unlawful in decades of Supreme Court case law forbidding abuse of position by government officials when acting under color of law,” the lawsuit said.

Maryland has 25,462 cases of coronavirus and 1,182 deaths as of Sunday, with 1,666 people released from isolation and 1,635 currently hospitalized, according to the state’s website.