The U.S. Supreme Court resumed hearings Monday, and they are being broadcast live for the first time due to coronavirus.

Electronics are typically banned in the courtroom and journalists cannot report on debates until they conclude, Yahoo reported. Official audio-only recordings are then made available online in the days following the proceedings.

Monday’s live hearings, which were broadcast on radio and television, marked a historic event for the U.S. Supreme Court. The justices are all currently self-isolating and called in to the hearing from their homes, meaning the discussions between the justices and lawyers arguing their cases could be heard unfolding in real time.

The justices spoke in order of seniority rather than in their “usual impromptu fashion,” Yahoo reported, in an effort to avoid confusion. The court is set to hear nine other arguments over the course of the next two weeks. 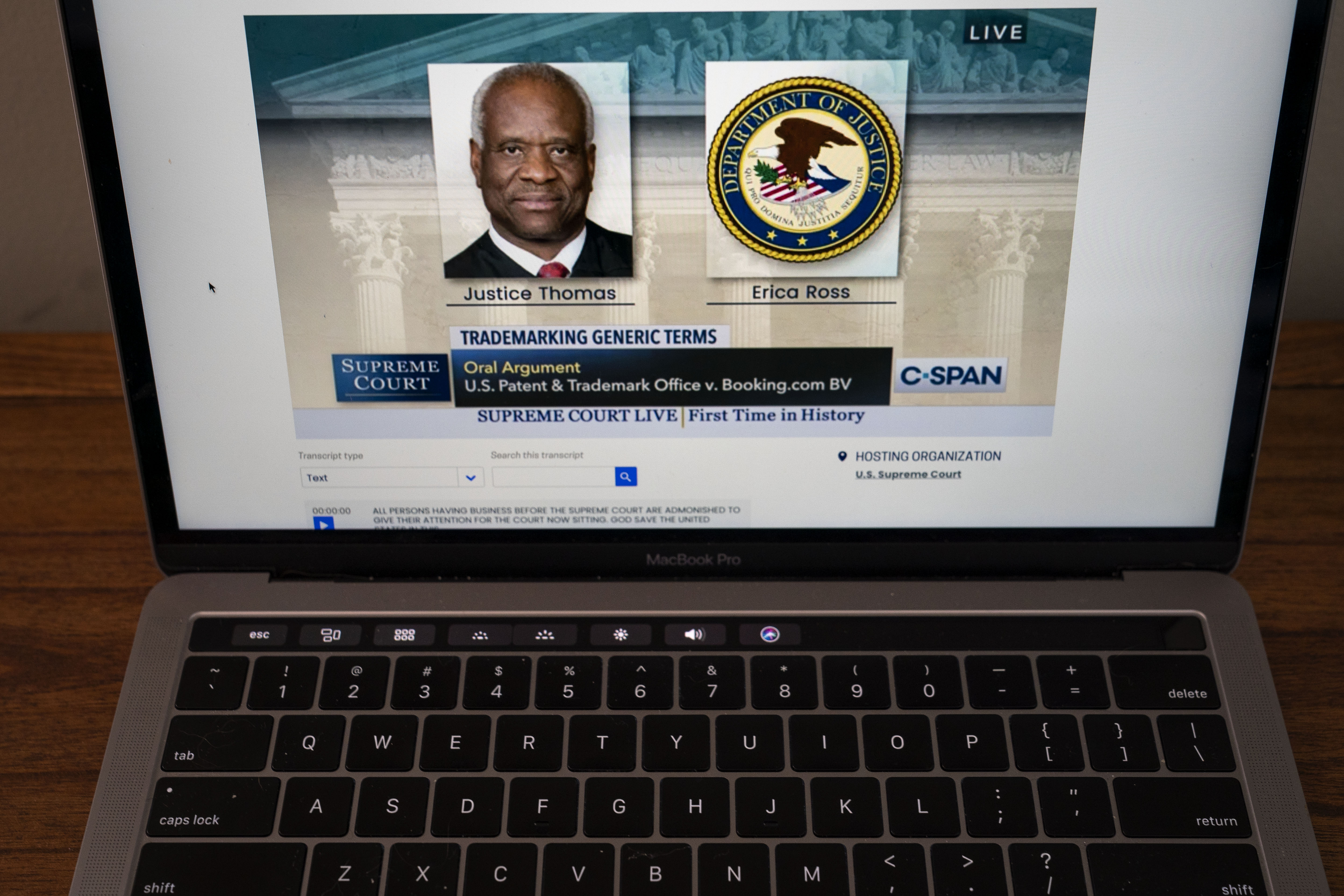 In this illustration photo, Associate Justice Clarence Thomas speaks during oral arguments before the Supreme Court in the case U.S. Patent and Trademark Office v. Booking.com as it is live streamed on a laptop, May 4, 2020, in Washington, D.C. (Drew Angerer/Getty Images)

Monday’s case dealt with whether Booking.com, a travel website, could trademark its name. The case even caused Justice Clarence Thomas to break his year-long silence on the bench, according to CNN. Thomas asked numerous questions in a rare move, as it is not uncommon for him to remain silent during oral arguments.

One notable upcoming remote argument involves President Donald Trump, Yahoo reported. This May 12 argument will deal with whether Trump’s financial records have to be turned over to New York prosecutors and Congress. This hearing was previously delayed because of coronavirus. (RELATED: Supreme Court Cancels Oral Arguments For March, Delaying A Hearing On Trump’s Tax Returns)