Richard Grenell, the acting director of national intelligence, told Rep. Adam Schiff on Monday that 53 transcripts from the House Intelligence Committee’s investigation into possible Trump-Russia collusion are ready to be released to the public.

In the letter, Grenell urged Schiff to publish the documents, but said that the Office of the Director of National Intelligence (ODNI) is prepared to release them if the California Democrat refuses to do so.

“I urge you to honor your previous public statements, and your committee’s unanimous vote on this matter, to release all 53 cleared transcripts to Members of Congress and the American public as soon as possible,” Grenell said in the letter, first reported by The Washington Examiner.

Republicans have in recent weeks upped pressure on Schiff to release the transcripts.

The House Intelligence Committee voted in September 2018 to release the documents. The panel sent the 53 transcripts, which totaled more than 6,000 pages, to ODNI for a review of classified material. (RELATED: House Republicans Say Adam Schiff Is ‘Blocking’ The Release Of Secret Russia Transcripts)

ODNI completed a review of 43 of the transcripts in June 2019, Grenell told Schiff, the chairman of the House Intelligence panel. The other 10 were recently completed, the letter stated. 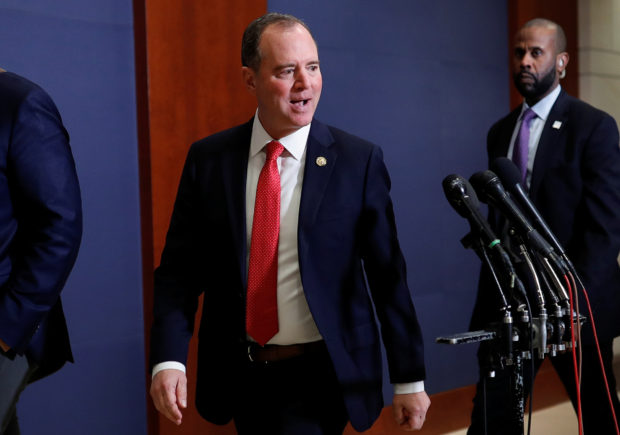 Republicans on the House Judiciary and House Oversight Committees sent a letter to Schiff on Tuesday saying that he has been “blocking” the release of the transcripts.

It is unclear why Schiff has withheld the documents from public view. His office did not return a request for comment on Tuesday.

“All of the transcripts, with our required redactions, can be released to the public without any concerns of disclosing classified material,” Grenell wrote to Schiff.

The Intelligence Committee conducted an investigation through April 2018 into Russian interference in the 2016 election. Republicans on the committee released a report on April 27, 2018, that said there was no evidence of collusion between the Trump campaign and Russia. The special counsel’s office, which released a report on April 18, 2019, arrived at the same conclusion.

The committee also interviewed the two lawyers at the firm Perkins Coie who financed the infamous Steele dossier. Transcripts for the lawyers, Marc Elias and Michael Sussmann, are included in the yet-to-be-released tranche of documents.