The Chinese ambassador to the U.S. railed against American “conspiracy theorists” who blame China for coronavirus in a Washington Post editorial Monday.

Americans who blame China “regardless of the facts” are distracting Beijing officials as they focus on curbing the virus, Ambassador Cui Tiankai wrote in his editorial.

Tiankai also panned American politicians and conservatives who blame China for their approach to fighting the virus.

Tiankai also warned those who believe that the U.S. should de-couple from China amid reports that the communist nation hoarded personal protective equipment as the virus spread across the globe.

“The United States would not emerge as a winner from this scenario,” Tiankai wrote. 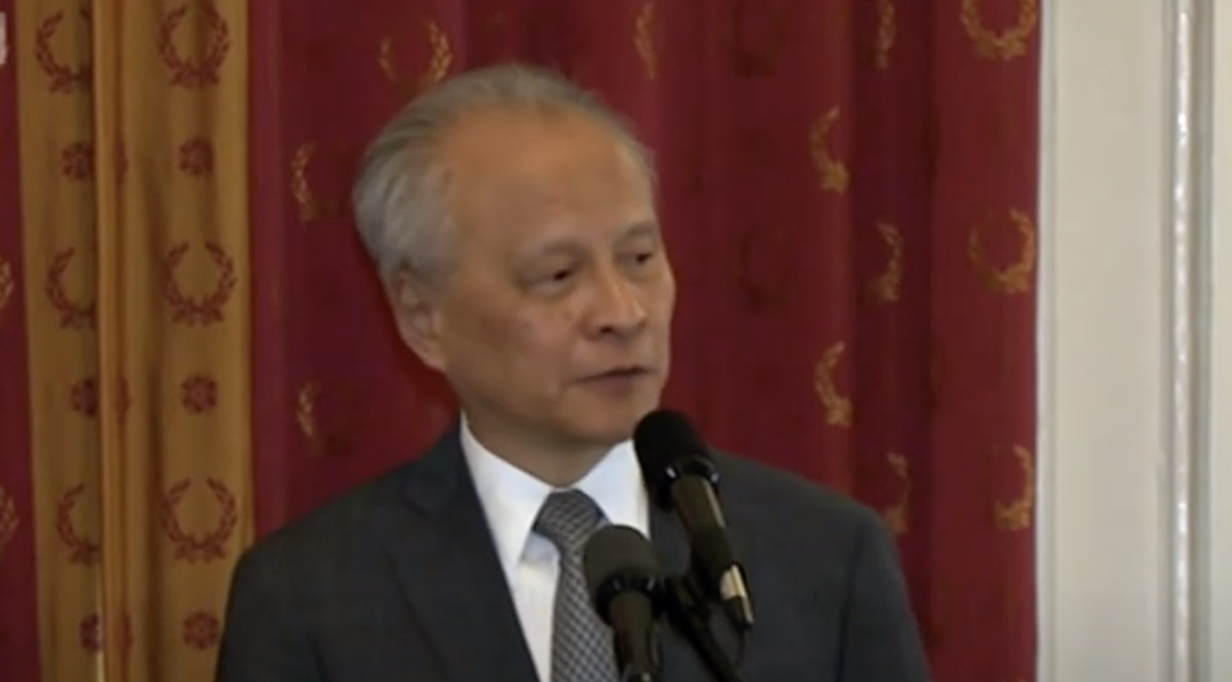 As the virus dominates headlines, more businesses believe that some degree of separation from China is likely, according to The Wall Street Journal. Nearly 44% of 25 large U.S. companies believed in March that decoupling would be impossible, down 66% from October, The WSJ reported in April, citing a survey conducted by American Chamber of Commerce in China and the American Chamber of Commerce.

The novel coronavirus, or COVID-19, was first detected in Wuhan, China, before killing more than 160,000 people worldwide.

The majority of U.S. intelligence community agencies believe the virus accidentally leaked out of a laboratory in, China, according to a May 2 Daily Caller News Foundation report. The Office of the Director of National Intelligence noted in a press statement in April that the IC is investigating the possibility of a lab leak.

Tiankai’s commentary comes after Chinese politician Lijian Zhao falsely stated in March that Centers For Disease Control and Prevention Director Robert Redfield was “arrested” over his agency’s handling of the virus. Zhao, the deputy director of China’s Foreign Ministry Information Department, also suggested in a March tweet that the U.S. Army initially introduced the virus into Central China.

The Department of Homeland Security stated May 3 that the Chinese government lied to the World Health Organization about the significance of the pandemic to horde personal protective equipment, among other medical supplies.