Spring has sprung and the bears are out! With their renewed search for food come the conflicts with humans in bear country. Alaska, my home, is bear country.

When I asked former US Navy SEAL, turned Alaskan dog-musher and Eagle Industries brand ambassador, Jeff Reid, at Shot Show 2020, what he liked to carry for his bear and moose protection while out doing what he loves to do, running a pack of sled dogs, he mentioned a visit by former SEAL/CIA GRS team member and YouTube personality, Shawn Ryan.

During Ryan’s visit they did an episode of Vigilance Elite on survival gear and of course the subject of handguns came up. While Reid, owner of Frozen Trident Kennels in Two Rivers, Alaska, had initially carried a Ruger Blackhawk in .44 Remington Magnum, putting time on the range, they soon realized that drawing and shooting the magnum revolver was much slower than the Glocks and Berettas they were used to from their time in combat in Afghanistan.

What they discerned was that years of training superseded using a much more powerful round. What I’ve learned from interviewing a number of Alaskans who’ve actually been in deadly bear confrontations is that accuracy with reasonably powerful rounds is much more important than firing a monster magnum and missing the vitals.

Thriving in Alaska means not being eaten or stomped on your sledding trail. For Reid, who every winter morning takes his dogs for their daily run, an untimely end can come as the result of the bear or moose ripping or stomping you to pieces. In winter, it’s often a cow moose that has become so jumpy from having been harassed by wolves, that it’s a given that a pack of yelling and howling sled dogs could be mistaken for a pack a wolves will draw a charge.

In Alaska, cow moose are considered more threatening than large brown bears and Interior grizzlies. Most bears slink or run off into the woods, cow moose especially later in spring, when they’re pregnant and ready to drop, are prone to charge. This little fact was made clear a couple years ago, when the cow moose that hangs out in the woods next to my home, forced my American Brittany and me into a race to get on the deck and away from her as her ears turned back and she came at us.

Thankfully I didn’t have to shoot her. She went back into the woods and soon came out with her freshly dropped twin calves, wobbly and wet behind the ears. 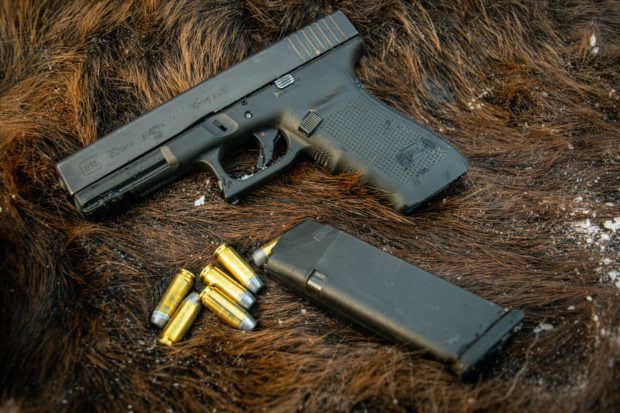 Penetration into the vitals is what it’s all about, penetration, with accurate delivery of energy. A .45ACP and 10mm sure beats a .44 Remington Magnum that you can’t shoot accurately.

For those who question using anything less than a 454 Casull for protection from big bear and moose, Google my friend and hunting guide Phil Shoemaker, and his story of defending clients with what he had on hand: a 9mm Smith and Wesson Buffalo Bore hard cast. 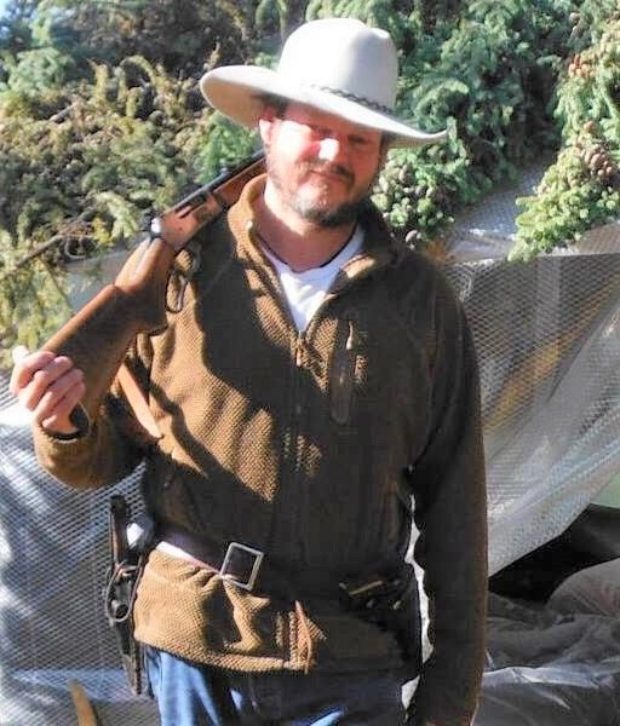