A panel on the 9th Circuit Court of Appeals overruled a lower court’s order to reduce the detention population of an Immigration and Customs Enforcement (ICE) facility by the hundreds.

The Trump administration scored a major win on Tuesday after a three-judge panel ruled that detainees in the Adelanto ICE Processing Facility, a detention center that sits northeast of Los Angeles, don’t need to be released en masse while a lower court ruling is being appealed, according to the Los Angeles Times.

The decision overruled U.S. District Judge Terry Hatter’s ruling on April 23. The judge had ordered the Adelanto facility to no longer accept new inmates and reduce its detainee population by at least 250 by the end of April.

Such a move, Hatter said, would allow remaining inmates and employees to properly practice social distancing amid the coronavirus pandemic. The decision pertained to a lawsuit brought by the American Civil Liberties Union, a progressive organization that has adamantly opposed President Donald Trump’s immigration agenda. 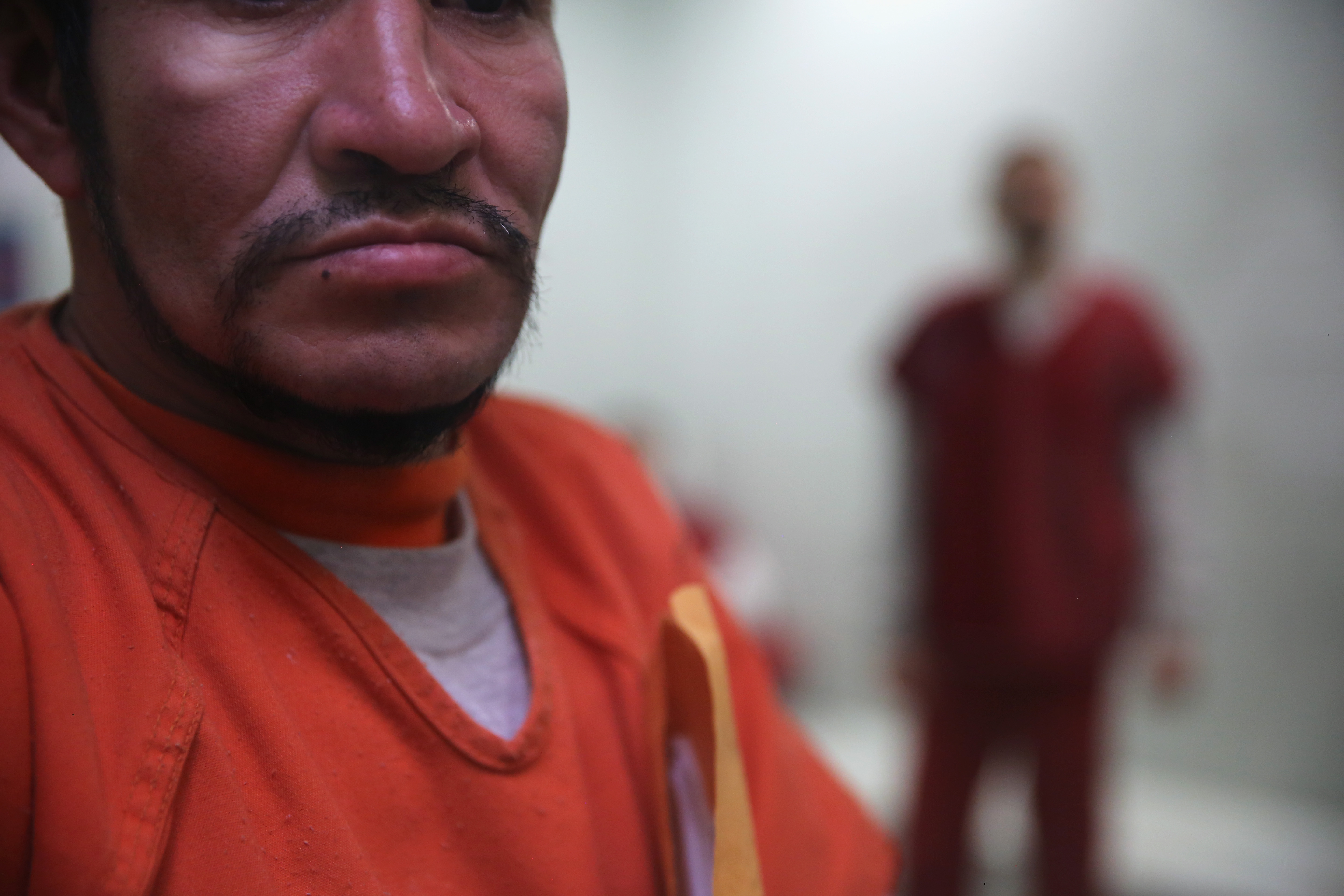 Immigrants wait in a processing cell at the Adelanto Detention Facility on November 15, 2013 in Adelanto, California. (Photo by John Moore/Getty Images)

Attorneys for the Trump administration lodged an emergency request against Hatter’s decision one day later in a bid to prevent an immediate release of more than 200 detainees.

The 9th Circuit panel who overruled the decision consisted of Judges Barry Silverman, Jacqueline Nguyen and Daniel Collins. In a written opinion, Collins said the injunction must “state its terms specifically,” according to the LA Times.

“One of the many problems with the district court’s injunction is that it disregards the very sort of considerations that the CDC says may require adaption of the guidelines in the context of a particular facility,” Collins wrote.

The Adelanto facility, one of the biggest ICE detention centers in the country, holds space for roughly 2,000 detainees, but it currently is holding around 1,200. Across the country, ICE is detaining just shy of 29,700 foreign nationals, according to the agency’s latest data. (RELATED: ICE Detainees Refuse Coronavirus Testing, Rush Officers And Trash Detention Center Instead)

Information provided by the agency also showed that 1,346 inmates have been tested for coronavirus. Of those, 674 detainees have tested positive for the disease.

The Trump administration has been recently dealt a mixed bag from the 9th Circuit when it’s come to recent decisions regarding its immigration agenda. On Monday, the appeals court blocked a request from the administration to deny green card applicants who can’t prove they can afford health care.