President Donald Trump still wants to paint the U.S.-Mexico border wall black to make the barrier look more menacing and hot to the touch during the summer months, the Washington Post reported Wednesday.

During a White House meeting in April about the border wall, Trump told senior aide Jared Kushner and others to move forward with plans to paint the wall black and to gather the cost estimates of such a project, according to several administration officials who spoke with the Washington Post.

Government contracting estimates obtained by the Post project that the endeavor would cost at least $500 million.

Trump has pushed for black paint before, but the proposal has been long opposed by border officials and military commanders who believe the black paint would be unnecessarily costly and require too much maintenance in the long-term, according to the Post.

However, Trump — who has made immigration enforcement a hallmark of his presidency — reportedly believes the black paint would look more frightening. The black color would also allow the wall to absorb more heat during the summer months, making it that much harder for individuals to scale. 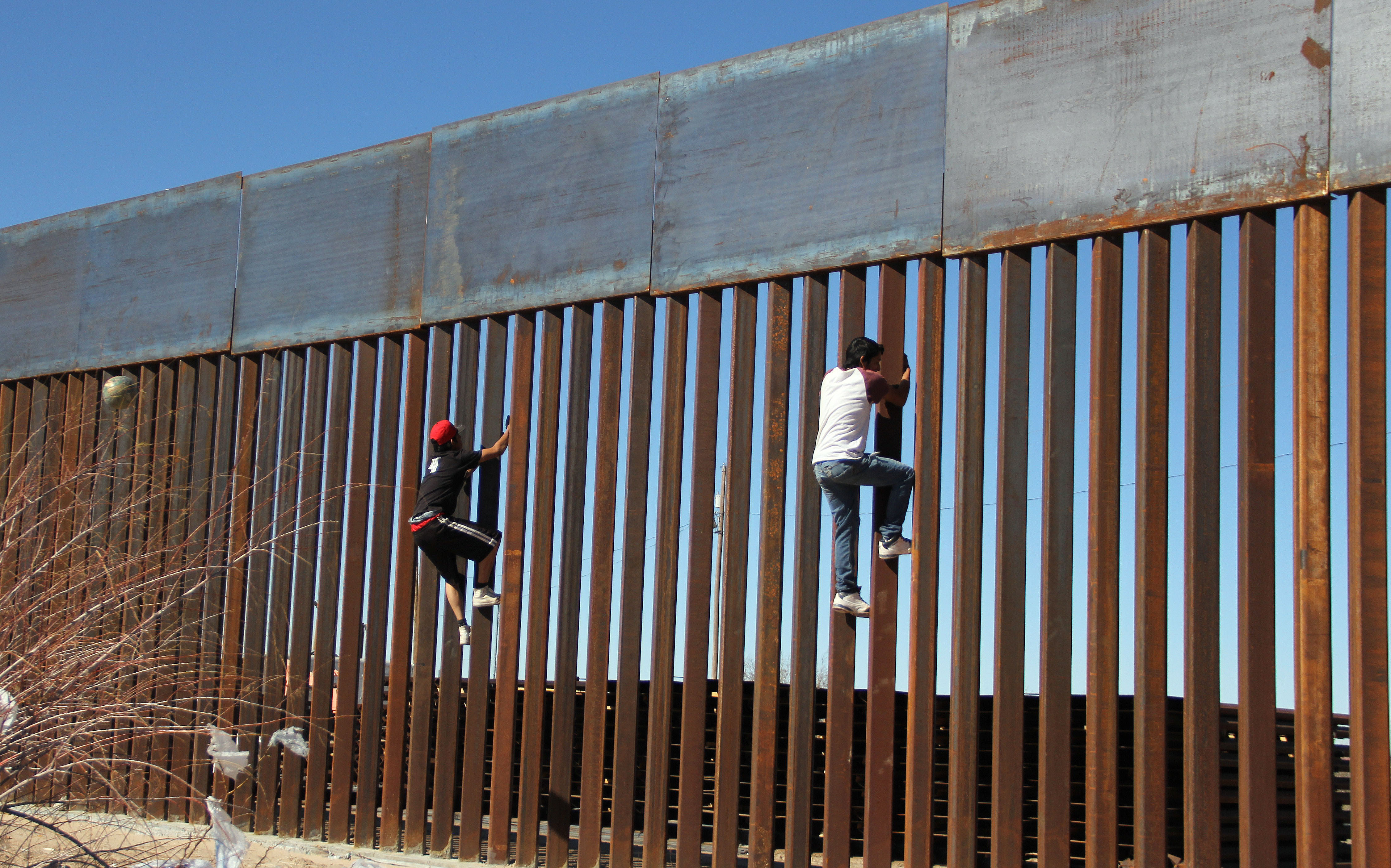 Boys play around, climbing the border division between Mexico and the US in Ciudad Juarez. (HERIKA MARTINEZ/AFP via Getty Images)

While the administration has not officially chosen a grade of paint, the president has pressed for a shade of black known as “matte black” or “flat black” due to its heat-absorbent properties.

News of Trump’s plans for a paint job come as the administration continues to build segments of the border wall at a rapid pace.

Border Patrol Chief Rodney Scott announced on Monday that the U.S. government has completed 175 miles of new border wall since the dawn of the Trump administration. Despite the coronavirus pandemic pandemic shutting down many aspects of government and private life, border wall construction has not let up. (RELATED: The Coronavirus Pandemic Is Not Stopping Border Wall Construction)

Customs and Border Protection (CBP) has recently launched an interactive website that shows wall progress on the entire U.S.-Mexico border, demonstrating the administration’s prioritization of construction.

The Trump administration has obtained roughly $15 billion for the border wall project thus far, a majority of which has been diverted from the Department of Defense. These funds, according to CBP projections, can cover about 730 miles of new border wall.

The Trump administration hopes to complete roughly 450 miles of new barrier before the end of 2020. Should Joe Biden be elected to the presidency, this project would likely come to a halt.