The latest figures from the U.S. Department of Labor reported that more than 3 million new jobless claims were filed over the past week as states grapple with reopening local economies.

The new data showed a decrease of more than 600,000 claims from the previous week, but brings the total unemployment claims filed during the coronavirus pandemic to more than 313 million. Top economic advisers in the White House have predicted massive drops in the national gross domestic product in both the second and third quarter as a result of the unemployment numbers. Yet President Donald Trump has repeatedly stated he believes the economy is primed for a rebound after state economies fully reopen. 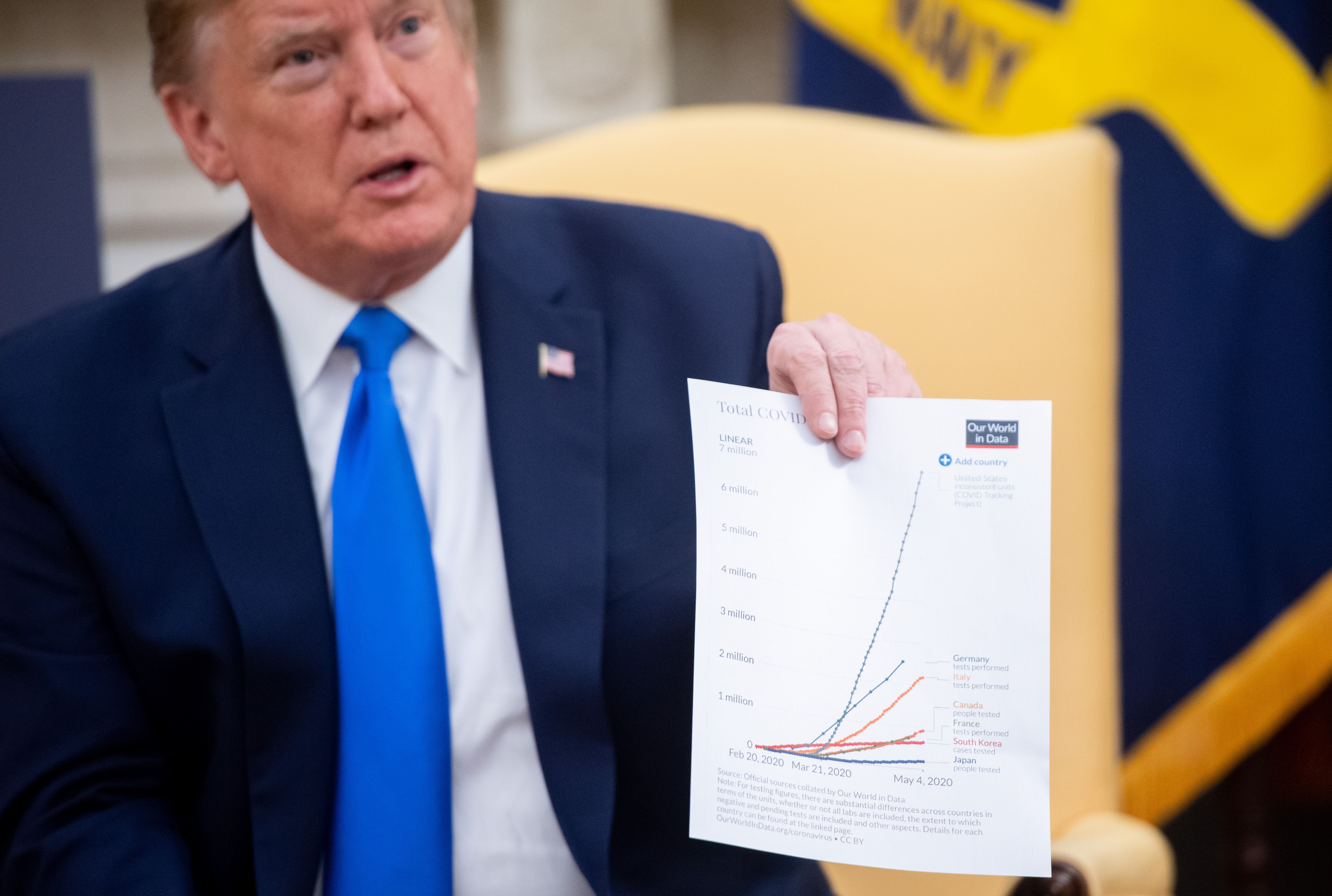 US President Donald Trump holds up a chart showing the rates of COVID-19 testing around the world during a meeting with the Governor of Iowa in the Oval Office of the White House in Washington, DC, on May 6, 2020. (Photo by SAUL LOEB/AFP via Getty Images)

The president stated over the weekend that in order to address the unemployment figures, he wants to make a payroll tax cut a part of the upcoming Phase 4 coronavirus stimulus bill. The proposal is widely opposed by members of both parties and was removed from previous legislation, despite the president’s support. (RELATED: McConnell Preparing New Bargaining Chip That Would Guarantee Phase 4 Bill Includes White House’s Employer Liability Protections)