Italians will be able to attend church masses again beginning May 18, the latest move in the country’s wave of reopenings.

The Italian government and Roman Catholic bishops signed an agreement Thursday allowing people to attend masses again after the government had banned attendance in early March during the national lockdown, according to Reuters.

The bishops told the government they could “not accept seeing the exercise of freedom of religion being compromised,” especially after an easing of the lockdown began May 4 and didn’t include churches. 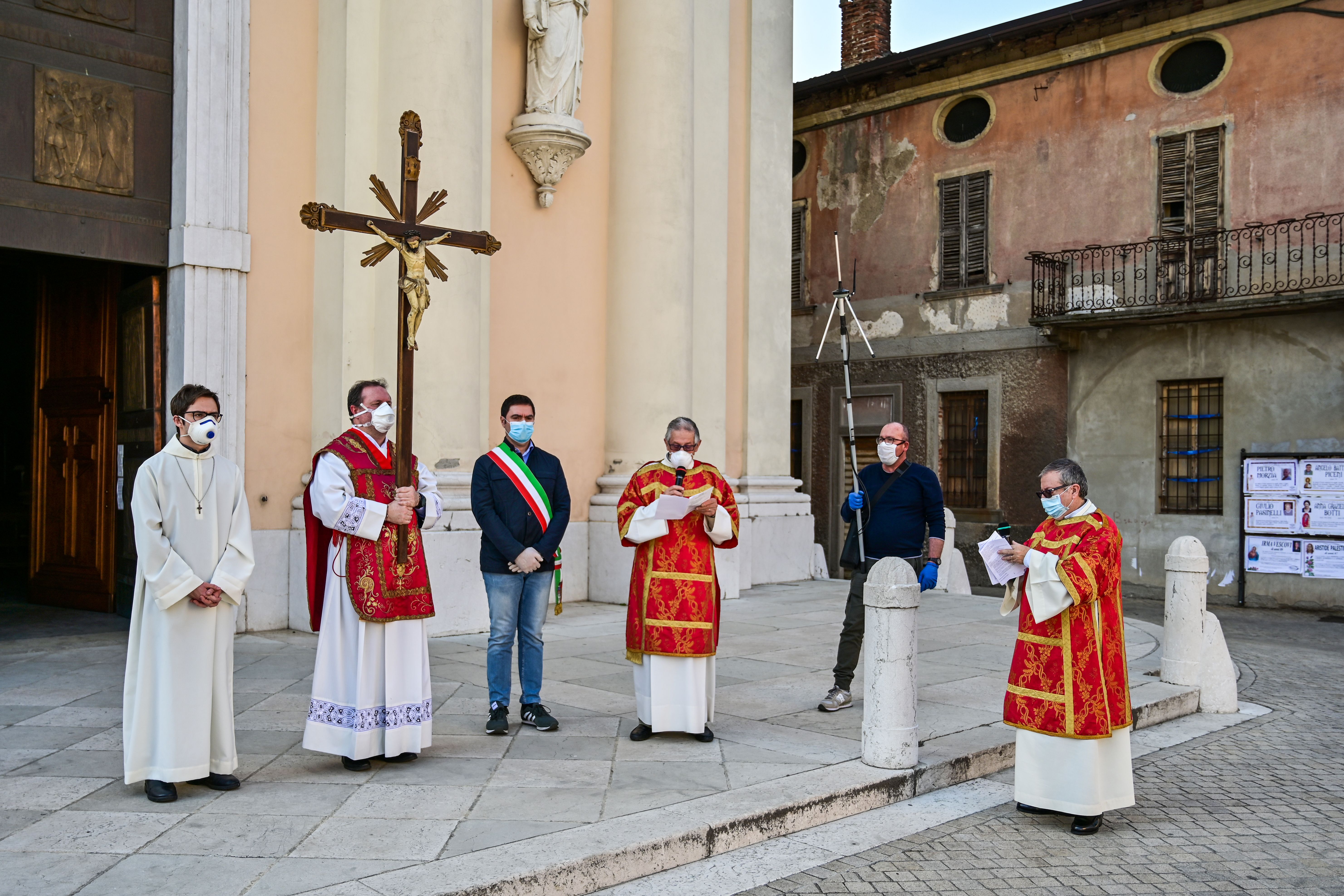 Parish priest of the Santa Maria Assunta church in Pontoglio, Don Giovanni Cominardi starts a Via Crucis procession (Way of the Cross) as part of Good Friday celebrations in Pontoglio on April 10, 2020. (Photo by MIGUEL MEDINA/AFP via Getty Images)

Most of Italy’s churches remained open during the crisis, but only for individual prayer. With Thursday’s agreement, the public will be able to attend mass again beginning May 18 and will be expected to follow a protocol agreed upon by Prime Minister Giuseppe Conte and Cardinal Gualtiero Bassetti.

The protocol includes mandatory face masks, and priests will need to wear masks and gloves while distributing communion. Choirs will also be banned, holy water fonts cannot be filled and there can be no sign of peace through handshake, Reuters reported. 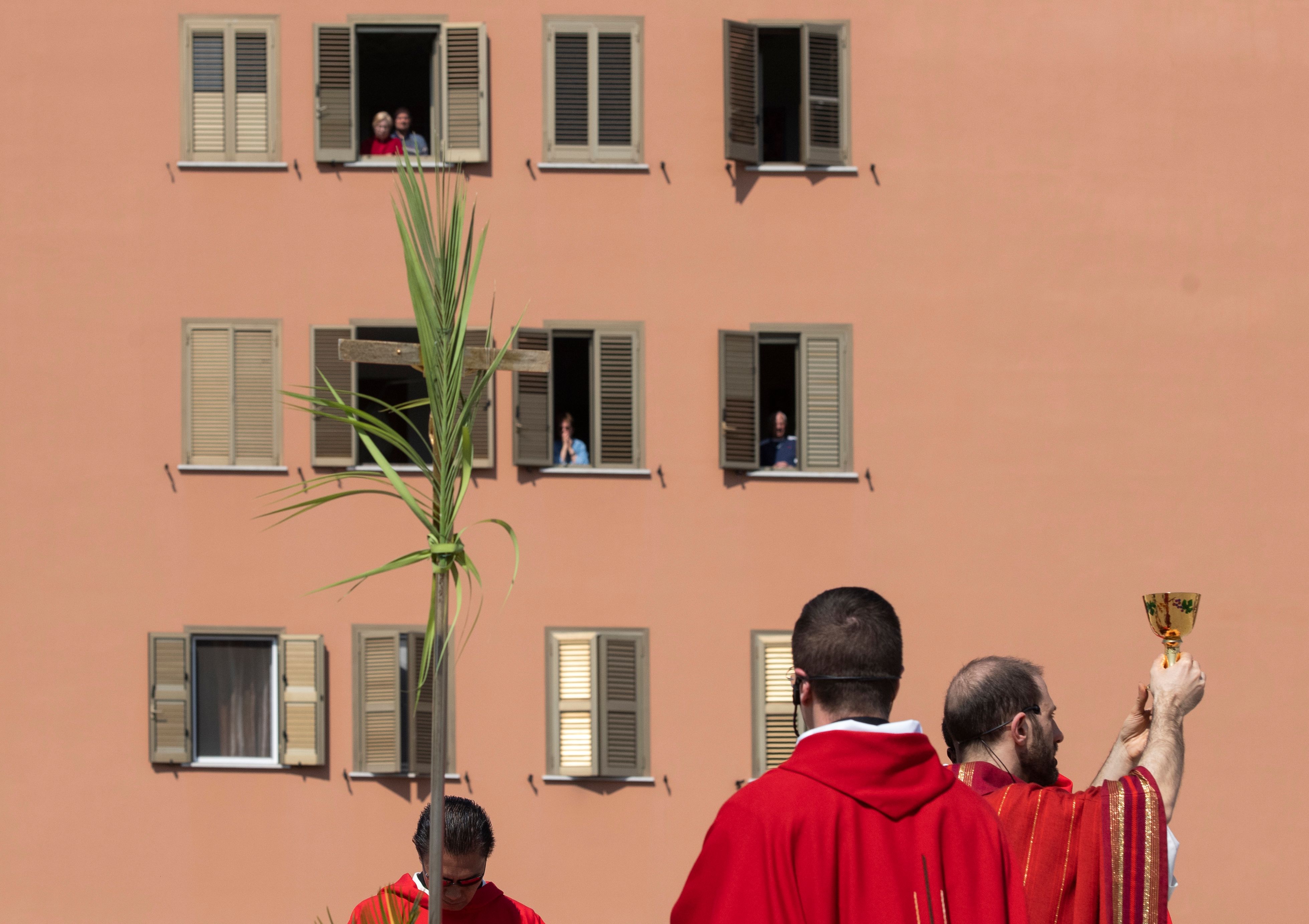 Parish priest Don Antonio Lauri (R) holds the Chalice as he celebrates Palm Sunday mass for nearby residents from the rooftop of the San Gabriele dell’Addolorata church in Rome on April 5, 2020, during the country’s lockdown. (Photo by TIZIANA FABI/AFP via Getty Images)

Italy, which became the epicenter of coronavirus in Europe, has been easing its strict lockdown restrictions, allowing nearly 4.5 million people to return to work May 4.

Restaurants were able to reopen for takeout services, parks were reopened with social distancing measures and people were able to move beyond 200 yards from their homes. (RELATED: 4.5 Million People Return To Work As Italy Eases Lockdown Restrictions)

Italy suffered among the largest death tolls in the world from the pandemic, with nearly 29,000 dead and 210,000 infected.