2020 Democratic candidates running for Senate have refused to acknowledge the sexual assault allegations against former Vice President Joe Biden that were brought forward by a former staffer.

The Daily Caller contacted several Democrats running for Senate in key races, asking them if they would even consider the allegations by Biden’s accuser, Tara Reade, who accused the then-senator of kissing her, touching her and penetrating her with his fingers without her consent in 1993. Each candidate’s press offices were given over 48 hours to respond and many were contacted multiple times but not one responded.

Most of the candidates endorsed Biden early, but the majority have not yet commented on the allegations against the 2020 presidential candidate.

Here Are All The Senate Democratic Candidates Who Have Refused To Acknowledge The Alleged Assault: 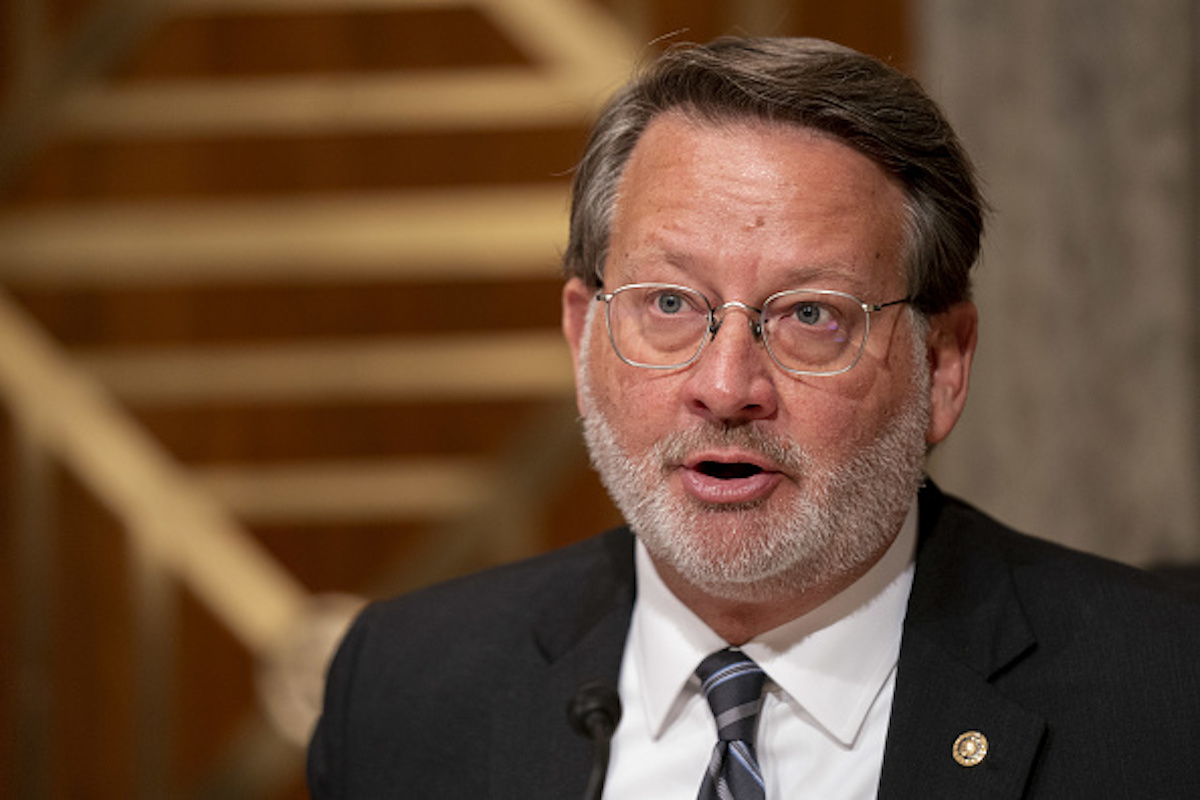 Senator Gary Peters, a Democrat from Michigan and ranking member of the Senate Finance Committee, makes an opening statement during a hearing on migration at the United States southern border in Washington, D.C., U.S., on Tuesday, July 30, 2019. (Photographer: Andrew Harrer/Bloomberg via Getty Images)

Many of the Democratic Senate candidates were vocal defenders of Supreme Court Justice Brett Kavanaugh’s accuser, Christine Blasey Ford. Gideon, who is running against Maine Republican Sen. Susan Collins, tweeted her support for Ford in September of 2017, saying “One year ago today. Thank you Dr. Ford for your bravery. #BelieveWomen.” However, she has not commented on Reade’s allegations.

One year ago today. Thank you Dr. Ford for your bravery. #BelieveWomen pic.twitter.com/NrWEsuBTeV

Gideon also has fundraised off of judicial confirmations, saying in a May 4 email that, “Mitch McConnell just reconvened the Senate — but not to pass legislation that will actually help American families. He did it so he can get the Senate to confirm more of Trump’s judicial nominees,” adding, “Fight back with a $3 contribution to help us win in Maine and take back the U.S. Senate for Democrats.”

In another email blast, Gideon’s campaign fundraised off Kavanaugh, by saying “When Senator Collins cast a critical vote to confirm Brett Kavanaugh to the Supreme Court, she justified her decision by saying Kavanaugh would respect precedent on Roe. We knew that a woman’s right to choose was at risk, and now, it’s even clearer.” (RELATED: National Archives Debunks Biden’s Claim, Says Senate Docs Related To Tara Reade Are Kept Elsewhere)

The email concluded by saying, “Can you make a $3 contribution to Sara Gideon’s campaign to defeat Susan Collins? She needs your help in what will be a very difficult and close election. While Brett Kavanaugh’s wealthy backers hold huge fundraisers for Susan Collins, it’s up to us — all of us — to fight back. That is why your contribution is so important.” Yet, she has not commented on the allegations against Biden.

Peters, who voted against Kavanaugh’s confirmation and has been silent on Biden’s allegations, endorsed the former Vice President on April 15, saying “Throughout this primary, I’ve said that the Democratic nominee needs to put Michigan and the issues that matter to our state first. I’m supporting @Joe Biden because I believe he’s the person to do just that. More than ever, we need a steady leader to bring us together and find common ground. Joe has always been there for Michigan — he helped us through the auto rescue and guided us through the financial crisis. He’s shown that he’ll be a champion for Michigan’s families and workers.”

Jones also declared his opposition to Kavanaugh due to the allegations brought forward by Ford.

“The Kavanaugh nomination process has been flawed from the beginning and incomplete at the end. Dr. Ford was credible and courageous and I am concerned about the message our vote will be sending to our sons and daughters, as well as victims of sexual assault. I will be voting no.,” he said in September 2018 on Twitter. 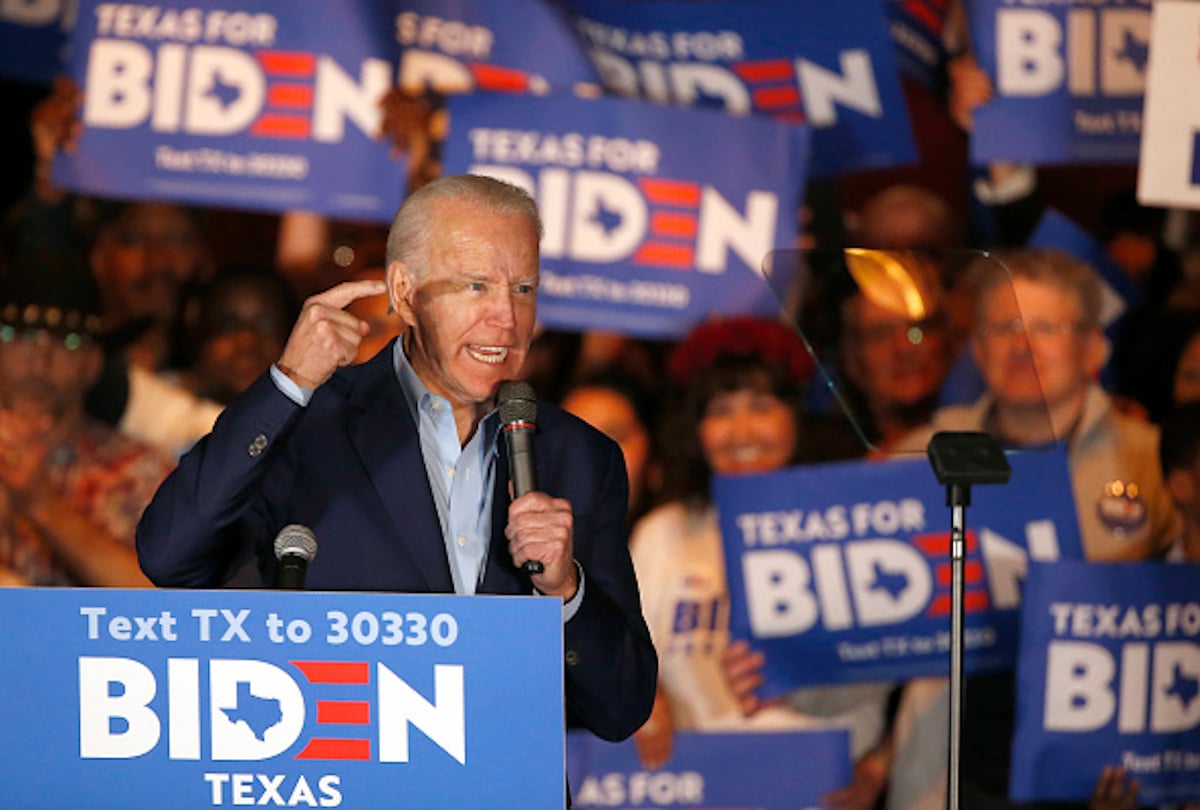 In July of 2019, McGrath changed her position on Kavanaugh’s confirmation, saying “I was asked earlier today about Judge Brett Kavanaugh and I answered based upon his qualifications to be on the Supreme Court. But upon further reflection and further understanding of his record, I would have voted no,” in a tweet.

Mcgrath previously said: “I was worried when Kavanaugh was nominated because I felt like his stances on unions and women’s reproductive rights and some of those things were pretty far out of the mainstream,” she told Insider Louisville. “At the same time, there wasn’t anything that disqualified Judge Kavanaugh from becoming a Supreme Court justice. So that’s where I stood. I mean, I didn’t have to make a vote one way or the other, but there was nothing to disqualify Judge Kavanaugh.” But after backlash she changed her position.

I was asked earlier today about Judge Brett Kavanaugh and I answered based upon his qualifications to be on the Supreme Court. But upon further reflection and further understanding of his record, I would have voted no.

Arizona Democratic Senate candidate Mark Kelly, who is expected to be in a tight race, said Wednesday that he stands by his endorsement of Biden despite the allegations saying, “I think (Biden) has the right experience and has the leadership ability, what our country needs right now,” in an appearance on a radio interview on KTAR News.

The Daily Caller contacted several former Senate staffers about the silence from Democrats. Most referenced the Kavanaugh confirmation hearings and the double standard between Kavanaugh’s accusers and Biden’s.

“One of the most important aspects of a Senator’s job is vetting the President’s lifetime appointments to the federal bench. Democrats running for Senate should make clear to voters how they would’ve voted on Justice Kavanaugh’s nomination,” Garrett Ventry, a former senior communications adviser to the Senate Judiciary Committee told the Daily Caller. (RELATED: EXCLUSIVE: Senators Who Condemned Kavanaugh Refused To Denounce Fairfax)

Biden has continued to deny the allegations even though at least six people have corroborated details of Reade’s allegations of sexual assault.