Texas Lt. Gov. Dan Patrick said Wednesday that jailed salon owner Shelley Luther “should be home with her kids and she should be home for Mother’s Day.”

“What this judge did was a total disgrace, and if he’s a man … he’ll  step up tomorrow or Friday before Mother’s Day and I hope tomorrow and let her out of jail,” Patrick said.

Luther received a seven-day jail sentence for opening her salon during a city lockdown that barred barbers and hair dressers from remaining open during the coronavirus pandemic. She continued to run the business despite multiple court orders. (RELATED: ‘Misguided Abuse Of Power’: Texas AG Demands Release Of Jailed Salon Owner)

Moyé gave her another seven days in a concurrent sentence because she refused to describe her decision to go back to work as “selfish.”

“I have to disagree with you when you say that I’m selfish because feeding my kids is not selfish,” Luther told the judge.

Patrick said Wednesday that lockdown proponents are not considering the economic reality of small business owners. He told Tucker Carlson late in March he was “willing to take a chance on [his] survival” in order to help American workers “go back to work and go back to living.”

“When you’re a small businessperson …  when you have all your money wrapped up in your business and all your dreams wrapped up in your business and a judge takes them away from you and says you’re going to go to jail because you are fighting for them … we don’t want anyone to go to jail,” Patrick said. (RELATED: Tucker Carlson: Judge Who Sent Salon Owner To Jail Is ‘The Most Entitled Person In Dallas’) 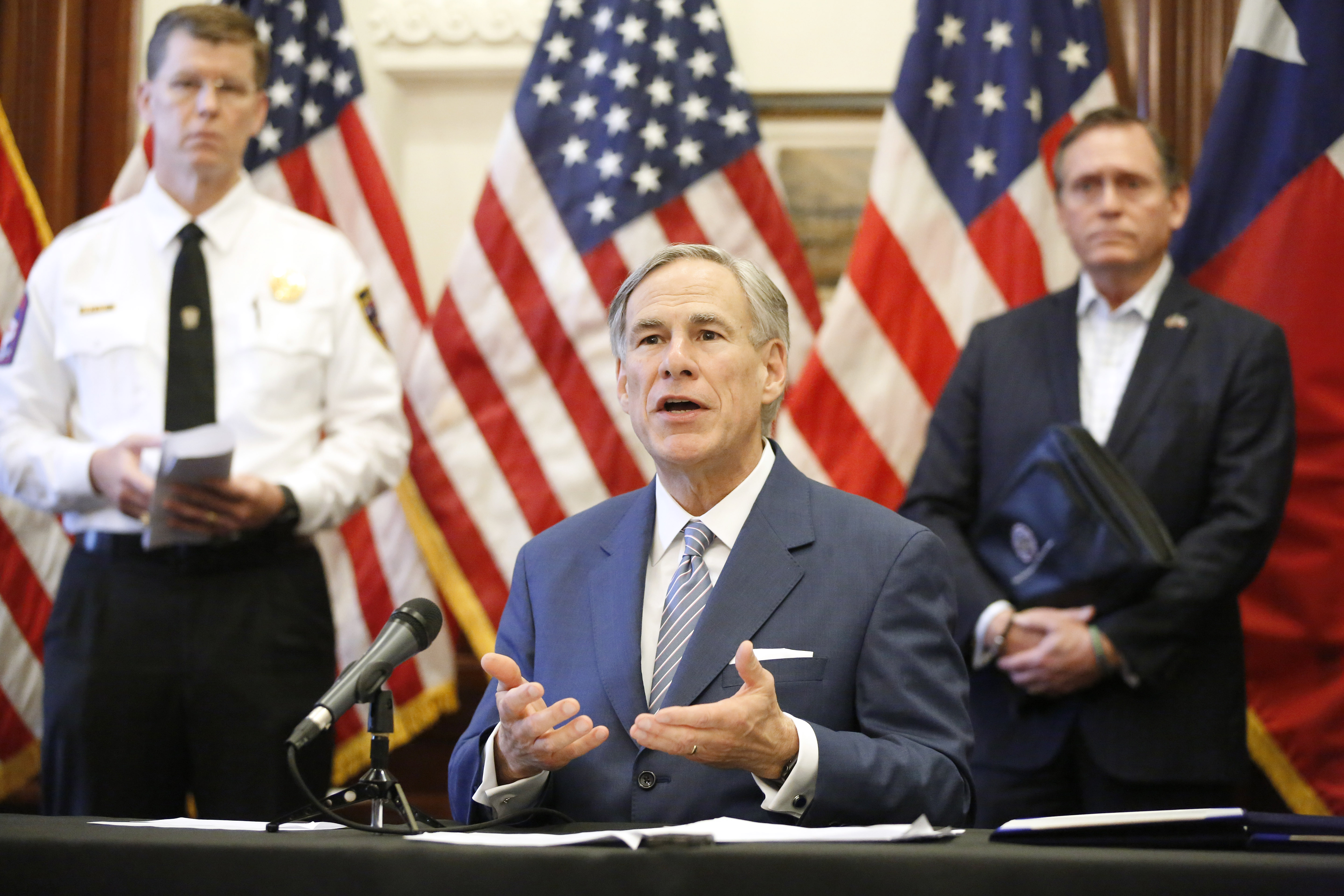 Texas Governor Greg Abbott announced the U.S. Army Corps of Engineers and the state are putting up a 250-bed field hospital at the Kay Bailey Hutchison Convention Center in downtown Dallas during a press conference at the Texas State Capitol in Austin, Sunday, March 29, 2020. (Photo by Tom Fox-Pool/Getty Images)

“Let’s not rush back [but] a lot of small businesses can’t wait another 30 days or 60 days: they will be out of business; there won’t be jobs to come back to. So she was fighting for her kids, fighting for her 18 employees — moms without jobs.”

Moyé is a Democrat elected in 2008 to the 14th District Court.

“I’ve never known the judge to seek the spotlight, but he also leans into doing his job,” Texas state Rep. Rafael Anchía, who considers Moyé a friend, told The Dallas Morning News. “If that is part of the job, then I think he is happy to defend the rule of law against any criticism.”

“What I love about Eric, he is a unique blend of intellect, compassion, integrity and humor all rolled up into one,” Kirk told The Dallas Morning News. “He possesses all of the qualities that you would want in your lawyer — and you would certainly want in a judge if you were standing before him seeking justice.”