California Church United pastors, which represents nearly 2.5 million members, announced Thursday that they plan to reopen May 31 instead of waiting for stage 3 reopenings, which includes churches along with businesses like salons and gyms, according to Fox. 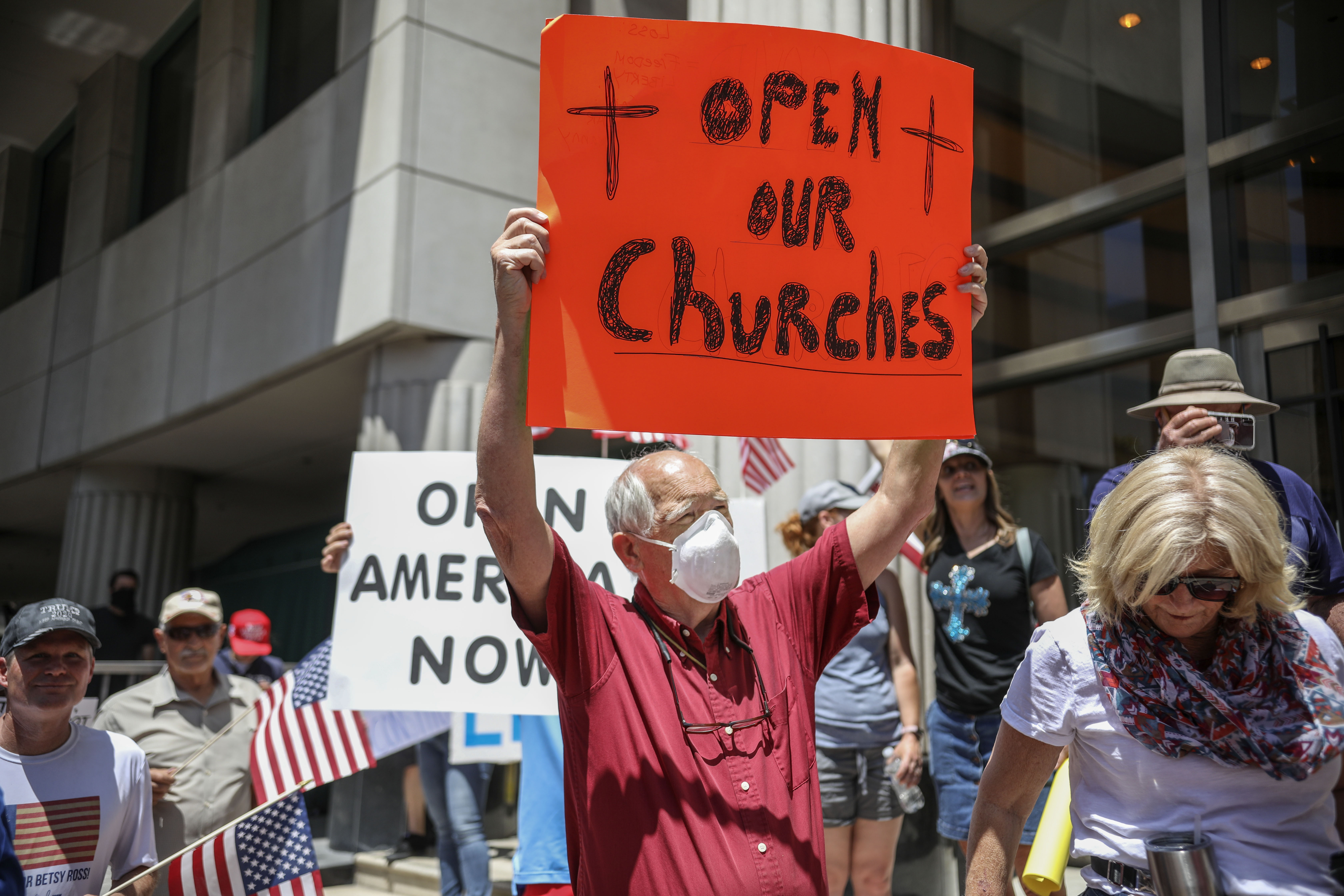 Demonstrators holding signs demanding their church to reopen, protest during a rally to re-open California and against Stay-At-Home directives on May 1, 2020 in San Diego, California. (Photo by SANDY HUFFAKER/AFP via Getty Images)

The leaders chose May 31 because it marks Pentecost and the birth of the Christian church, making it fitting for a “rebirth” of services.

“Our churches are part of the answer, not part of the problem,” said Danny Carroll, senior pastor at Water of Life Community Church said according to Fox.

“We’re an essential part of this whole journey and we’ve been bypassed … kicked to the curb and deemed nonessential.”

Matt Brown, another California pastor, took issue with the governor’s inclusion of churches as nonessential during the pandemic.

A federal judge ruled Tuesday that Newsom had the right to ban church assemblies in the interest of public health during the coronavirus outbreak, ABC 7 reported. 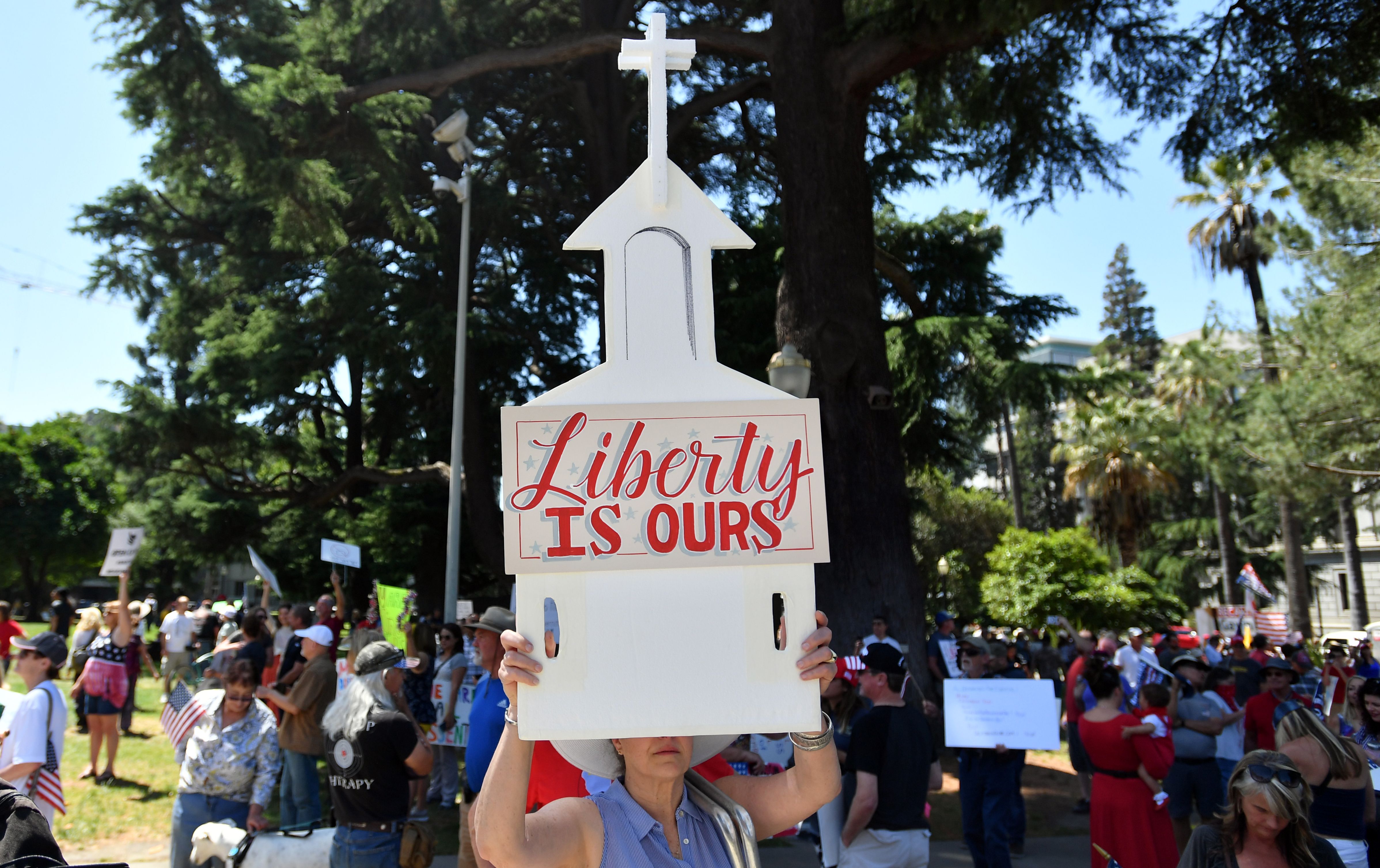 A woman holds up a sign depicting a church as hundreds of people gather to protest the stay-at-home orders outside the state capitol building in Sacramento, California on May 01, 2020. (Photo by JOSH EDELSON/AFP via Getty Images)

“Our fear is simply this,” Newsom said, “congregations of people from far and wide coming together in a closed space at a large scale remains a point of concern and anxiety for us. We are working on guidelines for physical distancing and working with faith leaders talking about unique conditions in their own facilities. Nothing is etched in stone.”

The shutdown of houses of worship across the country has raised questions about the constitutionality of the orders and whether they infringe upon civil liberties, prompting Attorney General Bill Barr to crack down on possible religious freedom violations by involving the Justice Department, most recently in Virginia. (RELATED: Justice Department Becomes Involved In Virginia Church’s Religious Freedom Lawsuit Against Gov. Ralph Northam)