American businessman Foster Friess explained his support for Republican Arizona Rep. Andy Biggs new “One Bill, One Subject Transparency Act” bill, which would require every bill or joint resolution to include no more than one subject.

In interviews with the Daily Caller, both Friess and Biggs explained why they believe the bill should pass the House, arguing that many bills passed by Congress today include too much funding for unrelated subjects. For example, $25 million of funding went to the Kennedy Center in the $2 trillion coronavirus package passed in March.

“Both Republicans and Democrats are guilty of attaching pet projects or government expansions into unrelated bills. This is how we end up with $25 million to ‘save the Kennedy Center’ in a bill aimed at helping our health care system cope with COVID-19. Every voter, Republican, Independent or Democrat, is concerned with how Congress included unrelated spending with COVID-19 relief. One Bill, One Subject will increase accountability and transparency. This will only happen if we get public support behind it,” Friess told the Daily Caller. “The folks in the Kingdom of D.C. will not be eager to have their past prerogatives eliminated.”

When asked if he believes Democrats will vote against the legislation, Friess said that “Democrats will likely argue that One Bill, One Subject is impossible given the amount of money they spend and the number of bills that they pass. But do we really think they read the 833 pages in this COVID-19 relief package? It was passed 20 minutes after they finished writing it!”

Friess explained that there are a number of other countries that do not allow more than one subject in bills. He also said many members of Congress might be opposed to the legislation because it will give more transparency as to everything members of Congress vote for. (RELATED: Trump Endorses Billionaire Philanthropist Foster Friess For Governor In Wyoming)

“Congress doesn’t want you to know that 41 states, including Australia, Ireland and Switzerland, in one form or another prohibit bills with more than one subject. That means no connecting money for more respirators with $20 billion to the U.S. Postal Service. Let the Postal Service request stand as its own bill. The truth is many representatives and Senators are afraid to pass One Bill, One Subject because they don’t want you to see everything they vote for. They’d rather tell you they voted for COVID-19 relief and have you ignore their attempts to attach $600 million for the Endowment for the Humanities and Arts,” Friess continued. 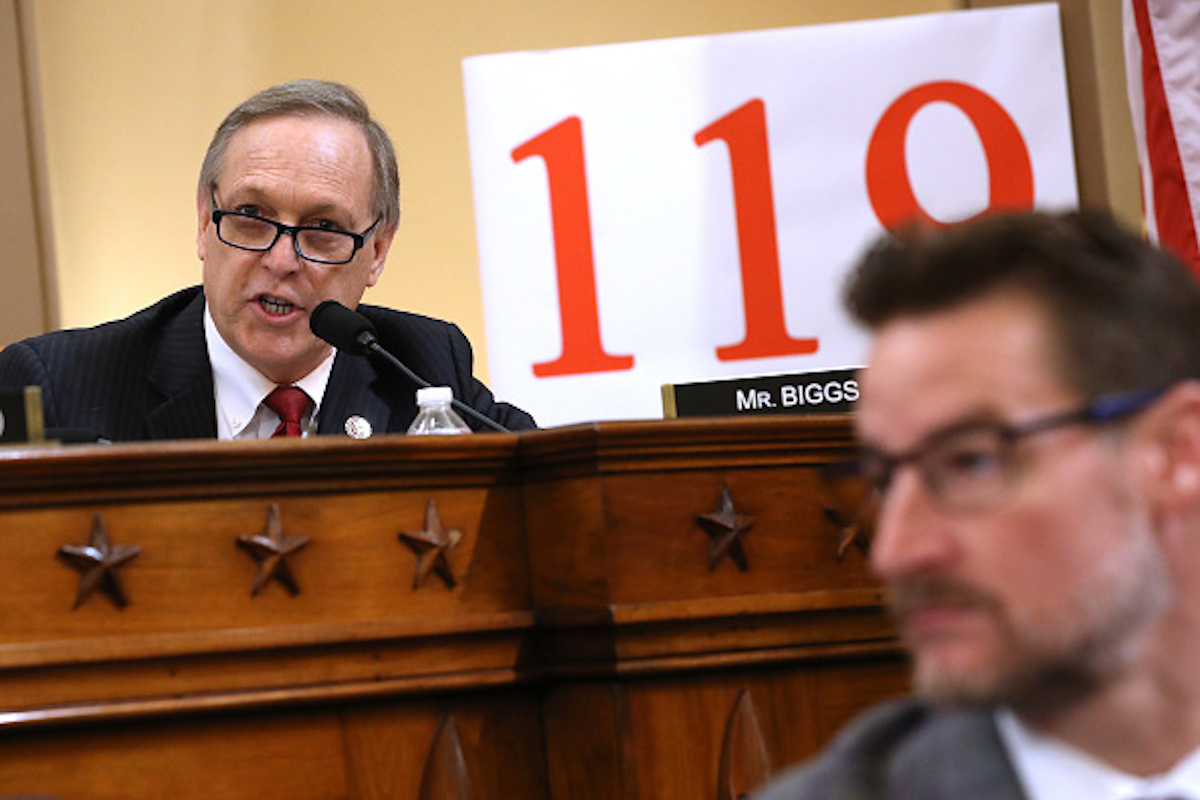 The Daily Caller also asked Friess for his opinion on Speaker of the House Nancy Pelosi’s leadership throughout the coronavirus pandemic, to which Friess said, “her adding extraneous issues to virus relief was indeed sad. To take advantage of a national crisis to further a left-wing agenda ranks right up there in disgust to as when she tore up President Trump’s speech. I believe that until America is back at work, Nancy Pelosi should lead the House in giving up their salaries.”

“Americans are being shut out of their jobs by politicians. We cannot let the cure become worse than the disease, we have to move ahead, make adjustments to keep folks safe, but we have to get back to work. The economy isn’t a light switch, you won’t just be able to flip it back on,” he added.

When Friess was asked about President Donald Trump’s leadership throughout the coronavirus pandemic, he responded by saying, “One of the president’s most important roles is to remain calm during crisis. If you note his actions, since his very early shut-down of travel to his mobilization of the free market private sector, he’s remained calm. His enemies in the press go through a daily roller-coaster of emotional derangement, from he’s doing too much, to he’s not doing enough.”

“President Trump has remained the adult in the situation. His willingness to make tough decisions is profound,” Friess said. “Banning travel from China is an example. We should be asking the question of why states weren’t better prepared? Do we always have to consider the federal government takes control? Many of our states have more people than many countries.”

Meanwhile, in the Daily Caller’s interview with Biggs, he described why he introduced this legislation and gave his prediction on its future in the House. (RELATED: ‘Turned This Into An Oligarchy’ — Rep. Andy Biggs Criticizes Pelosi For Keeping Congress Out Of Session)

“So what we see in Congress way too often is somebody, they will have an idea for a bill and it may be good or bad or popular or unpopular, but it gets folded into additional bills and they end up presenting kind of a Christmas tree where every member gets to hang their ornament on. So you end up spending a lot of extra money that expands regulations or programs,” Biggs said.

“At the same time, you might have a really brilliant idea, but it is caught up in this morass. And so what we’re trying to do is make sure that it’s transparent to the public, transparent to the members. And the public will always know how somebody has voted on a bill. I think it should cut down on cost easier to implement, and you wouldn’t see so many bad ideas make it across the finish line,” Biggs added.

The Arizona Republican also said he believes there will be some Democrats who will vote in favor of this legislation, saying this could be a good way to fix problems between both parties. (RELATED: EXCLUSIVE: Arizona Rep. Andy Biggs Explains Why He Wants Arizona Reopened ‘Yesterday’ Despite Virus Concerns)

“I think there are few that would join us, not a ton, but a few. I think there are some who are very concerned about this, even on the other side. They like their ideas, they don’t necessarily like our ideas, so this would be a way to really control that,” Biggs added.

The legislation was introduced April 28.

Foster Friess is an investor in the Daily Caller.