Fox News host Tucker Carlson said Friday that the Russia collusion hoax and even reports of Russia hacking into Democratic National Committee (DNC) computers were “all lies, literally all of it.’

Carlson also noted that every time House Intelligence Committee Chairman Adam Schiff talked about having “evidence” for then-candidate Donald Trump colluding with Russia during the 2016 presidential campaign, “he was lying.”

Referring to the House Intelligence Committee transcripts released this week that prompted the Department of Justice’s recent decision to drop charges against former National Security Advisor Michael Flynn, Carlson told viewers of  “Tucker Carlson Tonight” that the Democrats behind stories of Trump colluding with the Russians fabricated it all.

Carlson suggested those lies extended to stories of Russia hacking the DNC computers.

“In 2016, during the campaign, someone stole information from the DNC’s email server that wound up online and embarrassed Hillary Clinton. Democrats quickly blamed that on Russian agents and Donald Trump … their pawn. In fact, there was never real evidence that that actually happened,” Carlson said, noting that the DNC refused to allow “federal investigators to inspect their email servers.”

“Instead, the servers were inspected by a third party company called CrowdStrike,” Carlson related, adding that when Schiff interviewed Shawn Henry, the president and CSO of CrowdStrike Services, about the alleged hacking he was told, according to the transcripts released this week, “We do not have concrete evidence.” (RELATED: ‘Do You Know Anybody Who Trusts The Government Anymore?’: Tucker Carlson Blames ‘Official Washington’ For Russia Collusion Hoax)

“Adam Schiff heard those words directly, he heard them from the one person who would know for certain. Adam Schiff knew there was nothing substantial at the core of the Russian collusion story, at the very center it was hollow, a sham. Schiff never even suggested this in public, and said the opposite. He spent years on television telling you it was totally real — shut up.” 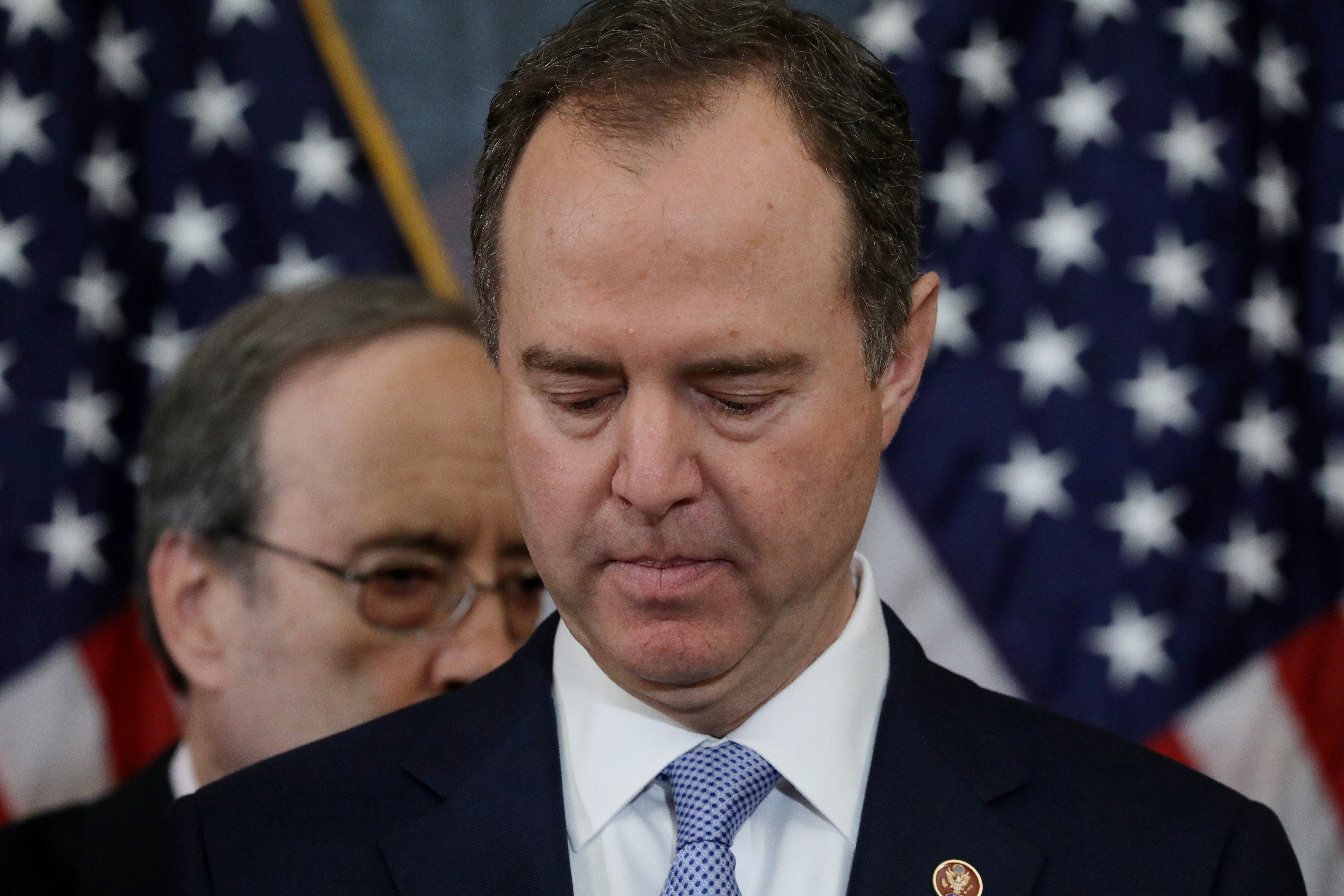 After playing clips of Schiff insisting he had “evidence” of Trump colluding with Russia, Carlson noted, “In case you weren’t counting during that montage, Adam Schiff said ‘evidence’ nine times: and every single time, he was lying.”

Schiff has continued to spin the Russian collusion hoax in interviews, recently claiming that the Mueller report backed up his accusations, when in fact it did the opposite.