Miami customs officials stopped a package April 28 that contained 11 live caterpillars of a species that could severely damage citrus and guava plants, according to a press release from Customs and Border Protection (CBP).

The seizure of insects in Miami highlights the ongoing threat local ecosystems face if exposed to foreign species — like the so-called Asian murder hornets found in the Pacific Northwest.

The caterpillars, which were sent from the United Kingdom and bound for California, were transferred to the U.S. Department of Agriculture (USDA) Miami Plant Inspection Station for specific identification.

“This type of interception is significant, as the introduction of these caterpillars into our agriculture system could cause immeasurable damage,” Christopher Maston, CBP Port Director of the Miami International Airport, said in a statement released Monday.

“CBP agriculture specialists perform work that is critical to protecting the U.S. agriculture industry by preventing the introduction of harmful pests into the country,” Maston continued.

Following their own inspection, the USDA identified these live insects as the Attacus atlas caterpillars, a type of caterpillar that is “a serious agricultural pest that feeds voraciously on the foliage of fruit-plants like citrus and guava resulting in severe damage,” according to the agency.

News of the caterpillar bust, while a seemingly-inconsequential apprehension, comes as U.S. authorities are trying to deal with the introduction of predatory Asian hornets into North America. 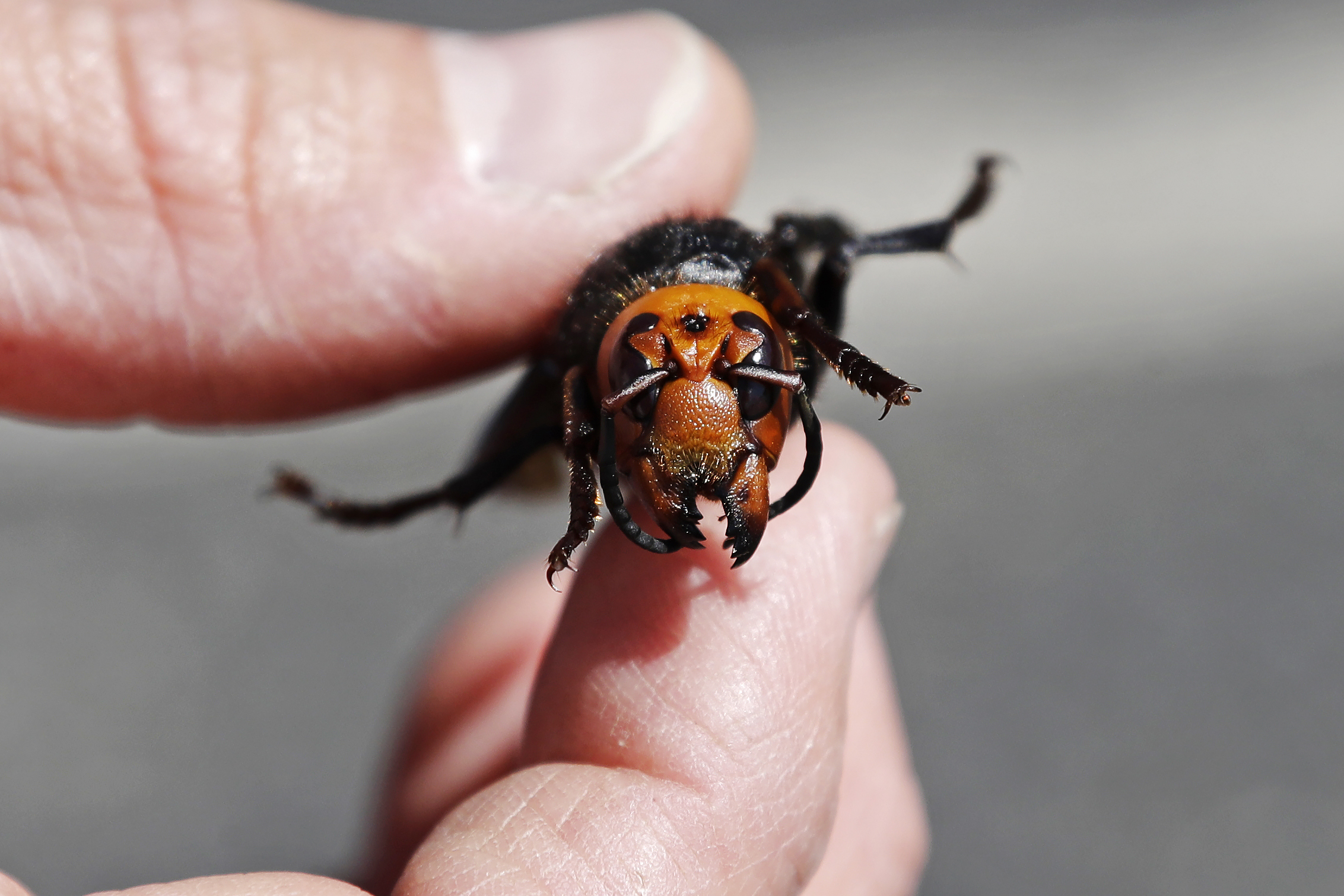 Washington State Department of Agriculture entomologist Chris Looney displays a dead Asian giant hornet, a sample sent from Japan and brought in for research, on May 7, 2020, in Blaine, Washington. (ELAINE THOMPSON/POOL/AFP via Getty Images)

Asian giant hornets, more popularly referred to as murder hornets, have mandibles shaped like spiked shark fins that are capable of decimating an entire honeybee hive in just hours. These hornets are also equipped with potent venom and a stinger big enough to puncture a beekeeping suit.

“The biggest problem with them is that they fly fast,” Dr. Marc Siegel said of the invasive species earlier in May. “The queen hornet can fly up to 20 miles an hour. Imagine trying to catch it. So it’s only a matter of time before it takes root in the United States and then you got to be on the lookout for it.”

“I don’t want to scare anyone — it’s only starting to take root here — but we’ve got to nip it in the bud before it becomes an even bigger problem and destroys our bees,” Siegel added.

Beyond preventing illicit drugs and illegal aliens from entering the U.S., CBP agents are also tasked with intercepting foreign species from being unlawfully introduced into the country. CBP agriculture specialists work to prevent the harmful introduction of insects and diseases into the U.S. environment.

The specialists conducted more than 1.7 million interceptions of banned plant materials, animal byproducts, and meat at ports of entry during the 2019 fiscal year. (RELATED: More Suspected Counterfeit Coronavirus Test Kits Are Being Seized At Airports)