Richard Grenell, the acting director of national intelligence, has declassified documents related to Obama administration officials’ unmasking of Michael Flynn in transcripts of phone calls he had with Russia’s ambassador, a senior intelligence official told The Daily Caller News Foundation.

Grenell visited the Justice Department last week to meet with officials there to discuss releasing the documents, which include names of Obama-era officials involved in unmasking Flynn’s name in the phone call transcripts.

ABC News first reported that Grenell visited the Justice Department to discuss the unmasking issue. The senior intelligence official told the DCNF that the documents could be released “soon.”

Unmasking refers to a process where top U.S. government officials can request information on American citizens picked up during electronic surveillance of foreigners. Flynn was unveiled as taking part in a Dec. 29, 2016 phone with Sergey Kislyak, the Russian ambassador.

It is not illegal for U.S. officials to make unmasking requests. But the information on Flynn was leaked to The Washington Post, opening up the possibility that someone in the Obama administration illegally disclosed classified information.

An unidentified senior U.S. official provided details of the Flynn-Kislyak phone call to The Washington Post for a column published on Jan. 12, 2017.

The revelations set off a chain of events that led the FBI to interview Flynn at the White House on Jan. 24, 2017. Flynn pleaded guilty to making false statements in that interview regarding the substance of his conversation with Kislyak. But he retracted that admission of guilt on Jan. 29. (RELATED: Documents Shed Light On Media Leak Central To Michael Flynn Case) 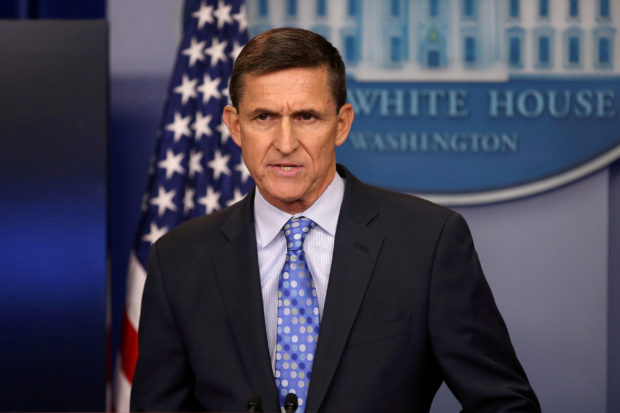 The Justice Department filed a motion to withdraw charges against Flynn on Thursday, citing the discovery of FBI documents that showed that the bureau was about to shut down a counterintelligence investigation of Flynn just before he was unmasked in the phone call with Kislyak.

Attorney General William Barr defended the decision on Thursday, saying that he believed the FBI set a “perjury trap” for Flynn. He also said that there was nothing illegal about Flynn’s call with Kislyak.

Grenell, who is also serving as ambassador to Germany, has led a push in recent weeks to declassify a trove of documents related to the FBI’s investigation of various Trump associates.

He took part in the process to declassify footnotes from a Justice Department inspector general’s report on the FBI’s Crossfire Hurricane investigation. The footnotes, which were published on April 10, revealed that the bureau had evidence of possible Russian disinformation in the Steele dossier.

Grenell also pressured Rep. Adam Schiff into releasing 53 transcripts of interviews that the House Intelligence Committee conducted as part of its investigation into Russian interference in the 2016 election.

The transcripts showed that multiple Obama administration officials testified that they had not seen evidence of collusion between the Trump campaign and Russian government.

The Office of the Director of National Intelligence did not respond to a request for comment.