The World Baseball Classic, set to be played next year, has been cancelled due to coronavirus concerns.

It’s a tough hit for the World Baseball Classic, which had been a tremendous success, and tremendously popular among the players. The WBC now won’t be played until at least 2023.

According to ESPN, WBC organizers don’t see the event happening until 2023 due to the collective bargaining agreement between the MLB and MLBPA. The tournament had been set to occur between March 9th and March 23rd in 2021. The tournament would have included Taiwan, Tokyo, Phoenix and Miami as host cities for the games with Miami hosting the semi and quarterfinals. (RELATED: REPORT: Minor League Baseball Set To Cut 40 Teams) 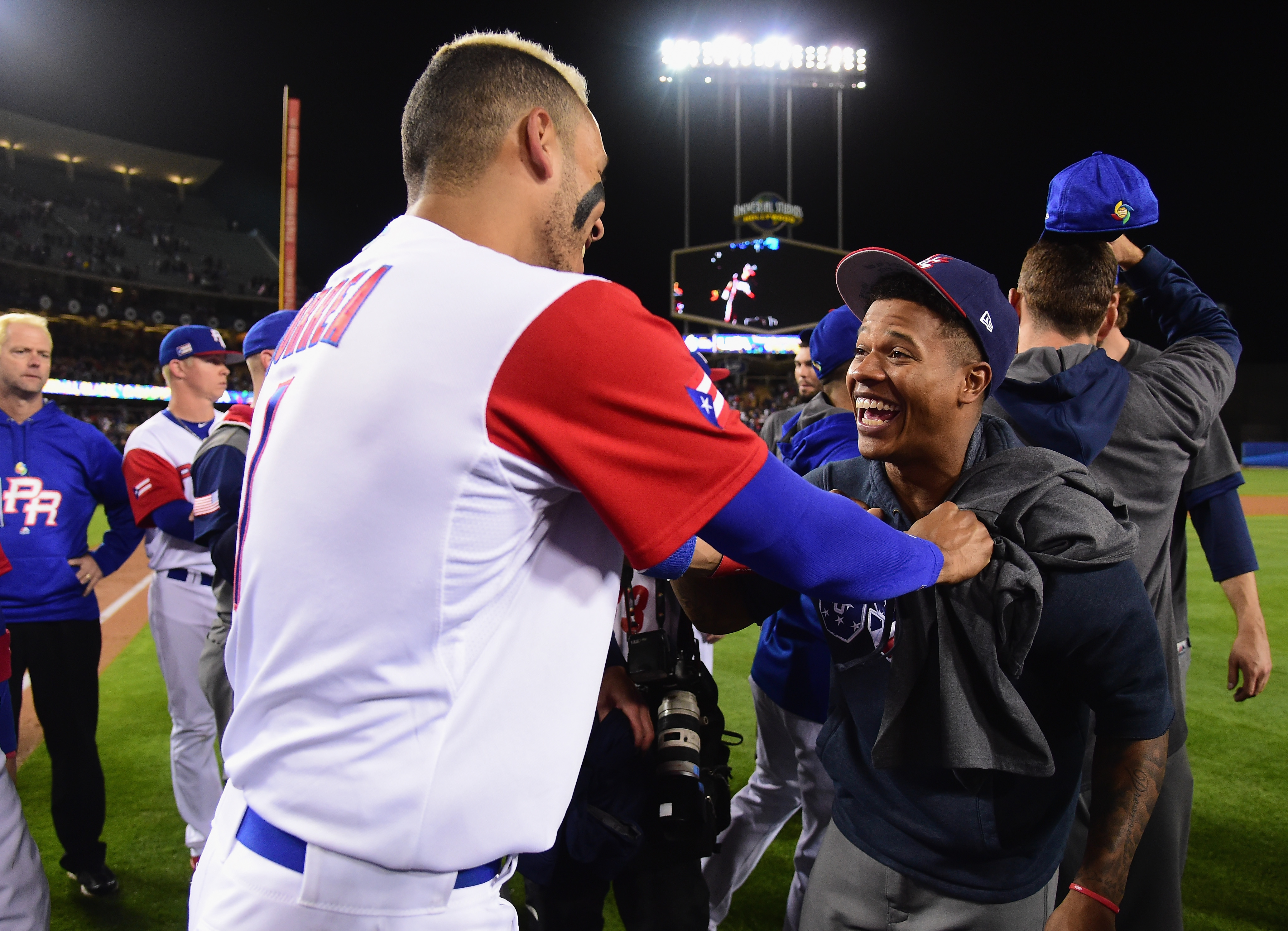 LOS ANGELES, CA – MARCH 22: Carlos Correa #1 of team Puerto Rico talks with Marcus Stroman #6 of team United States after team USA’s 8-0 win over Puerto Rico during Game 3 of the Championship Round of the 2017 World Baseball Classic at Dodger Stadium on March 22, 2017 in Los Angeles, California. (Photo by Harry How/Getty Images)

The event would include five teams composed of 16 members of the 2017 World Baseball Classic and four qualifiers. The qualifiers would have participated in a 12-nation tournament this March in Tucson Arizona, an event that was also cancelled due to coronavirus. Sources told ESPN that the event “is not a priority right now.”